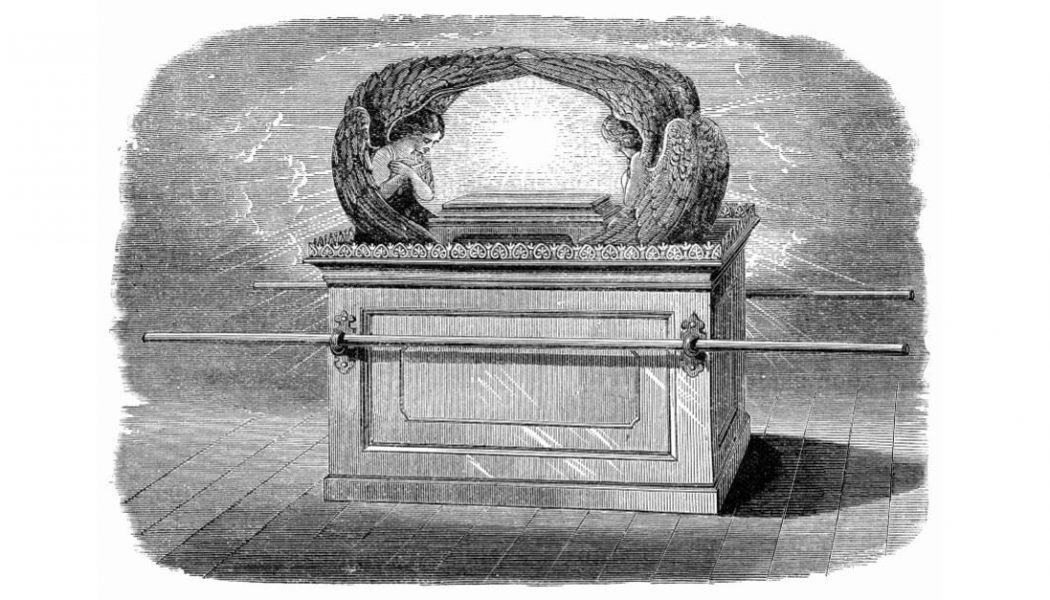 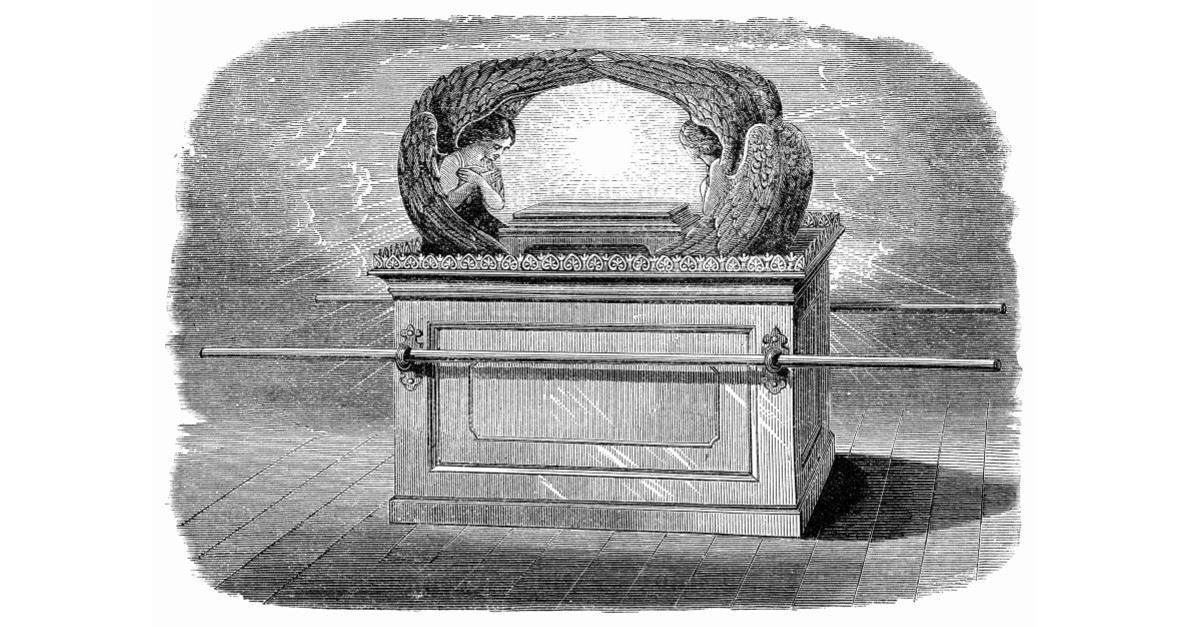 The Ark of the Covenant was one of the most instrumental symbols of faith and God’s presence. The contents of which included the tables of the Mosaic law, a pot of manna, and the rod of Aaron. The Ark’s origin stemmed from Exodus 25:10 when Moses was commanded by God to “make an ark of acacia wood.”

The Ark of the Covenant Dimensions and Features

For transportation, the Ark had four rings of gold with two rings on each side. A pole of acacia wood overlaid with gold was placed into the rings to carry the ark. These poles for transportation were to be permanent fixtures and never removed.

A Cover for the Ark of the Covenant: The Mercy Seat

The Ark required “an atonement cover,” called the Mercy Seat, to be built with pure gold and with the same dimensions in length and breadth as the Ark. There had to be one cherubim of gold on both ends of the mercy seat. It was important to have the cherubim have their wings spread and facing one another, symbolizing the angels’ attention and readiness to do God’s will.

The Mercy Seat was where God would dwell. He said, “There, above the cover between the two cherubim that are over the ark of the covenant law, I will meet with you and give you all my commands for the Israelites” (Exodus 25:22).

Unlike the statutes of gods idolized by many of the Israelites, the Ark of the Covenant served as a religious symbol where the people could meet with God. He hovered over the Ark when the priests were present. If the priests were absent, the presence of the law tablets reflected God’s presence. Thus, the Ark of the Covenant was aptly named because of the commandments written on the tablets.

Contents of the Ark of the Covenant

As God gave instructions on how to build the Ark, he also instructed Moses to put in the tablets of the 10 Commandments (the law). We see later in Numbers 17:10, “The LORD said to Moses, ‘Put back Aaron’s staff in front of the ark of the covenant law, to be kept as a sign to the rebellious.’” And Moses and Aaron already had set aside a jar of manna in it, which the Lord commanded them to put “with the tablets of the covenant law, so that it might be preserved” (Exodus 16:34).

Hebrews 9:4 confirms theses three items were inside the Ark of the Covenant: “Behind the second curtain was a room called the Most Holy Place, which had the golden altar of incense and the gold-covered ark of the covenant. This ark contained the gold jar of manna, Aaron’s staff that had budded, and the stone tablets of the covenant.”

Ark of the Covenant Symbolism and Meaning

The Ark and the Tablets

Unlike the statutes of gods idolized by many of the Israelites, the Ark of the Covenant served as a religious symbol where the people could meet with God. He hovered over the Ark when the priests were present. If the priests were absent, the presence of the law tablets reflected God’s presence. Thus, the Ark of the Covenant was aptly named because of the commandments written on the tablets.

The Manna and Aaron’s Rod

The presence of the jar of manna symbolized God’s constant provision for His people. Aaron’s rod which dead, yet grew buds was placed inside the ark to symbolize God’s approval as Aaron for High Priest.

Most often, the Ark of the Covenant was inside the Tabernacle, behind a curtain or veil. This veil separated veil was made of blue, purple and scarlet yarns and hung on “four pillars of acacia overlaid with gold, with hooks of gold, on four bases of silver” (Exodus 26:32). It hung from clasps and served as a separation between of the “Holy Place from the Most Holy Place,” where the Ark of the Covenant and the Mercy Seat, symbolizing God’s presence, were (Exodus 26:33-34).

This veil is also significant in the New Testament. In Mark 15:37-38, we see at the moment Jesus died on the cross, “The curtain of the temple was torn in two from top to bottom.”

Hebrews 10:19–22 explains the significance of this event:

“Therefore, brothers and sisters, since we have confidence to enter the Most Holy Place by the blood of Jesus, by a new and living way opened for us through the curtain, that is, his body, and since we have a great priest over the house of God, let us draw near to God with a sincere heart and with the full assurance that faith brings, having our hearts sprinkled to cleanse us from a guilty conscience and having our bodies washed with pure water.”

Before, Israelites could not enter the Most Holy Place where the Ark of the Covenant, God’s presence, was. Now, all who believe in Christ Jesus can have confidence to draw near to God.

The Ark of the Covenant Outside the Tabernacle

For the Israelites, the Ark of the Covenant meant God’s presence. Throughout the Old Testament, we see stories of how God provided safety and success using the symbol of the Ark.

In the Book of Joshua, we learn of the safety the Ark provided the Israelites as they passed over the Jordan into the Promised Land. In Joshua 3:6, “Joshua said to the priests, ‘Take up the ark of the covenant and pass before the people.’”  When the priests came to the Jordan, just as was commanded the waters were “completely cut off and the people passed over opposite Jericho” when the Ark neared.

In sixth chapter of Joshua, the Ark was instrumental in the Battle of Jericho. The Ark was taken around the city six times in six days and was preceded by seven priests who sounded seven trumpets made of rams’ horns (Joshua 6:7). On the seventh day, the ark with the armed men and priests did the same but the “people shouted a great shout, and the wall fell down flat” (Joshua 6:20).

The Philistines captured the Ark when Israel summoned possession of the Ark following a brutal defeat. They felt the mere possession of the Ark would give them the favor of God. Israel suffered another defeat and lost the Ark to the Philistines who were not intimidated by the shouts and the supposed presence of “a god” into the camp (1 Samuel 4:11).

Was the Ark of the Covenant ever found?

Contrary to the Indiana Jones movies, the Ark was not relocated in 1936. The last recorded mention of the Ark of the Covenant’s location in the Bible was in 2 Chronicles 35. King Josiah assigned the priests to their offices and “encouraged them in the service of the house of the Lord” (2 Chronicles 35:2). He then instructed the Levites to “put the holy ark in the house that Solomon the son of David, king of Israel, built. You need not carry it on your shoulders. Now serve the Lord your God and his people Israel” (2 Chronicles 35:3).

It is believed the Ark was destroyed during the destruction of Jerusalem at the hands of King Nebuchadnezzar.

Ark of the Covenant in Revelation

John wrote in Revelation 11:19 that after the Great White Throne Judgment, “God’s temple in heaven was opened, and the ark of his covenant was seen within his temple.” At this time, the veil over the hearts of all Christians, Jews, and Gentiles will be eliminated. This new state of the church will reveal the mysteries of the word and its truths fully illuminated.