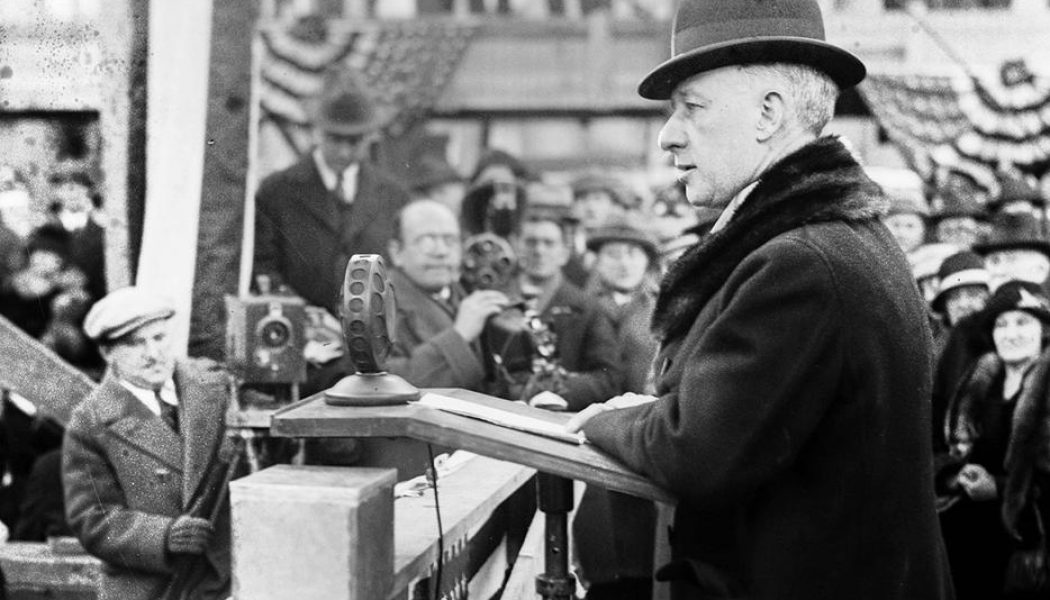 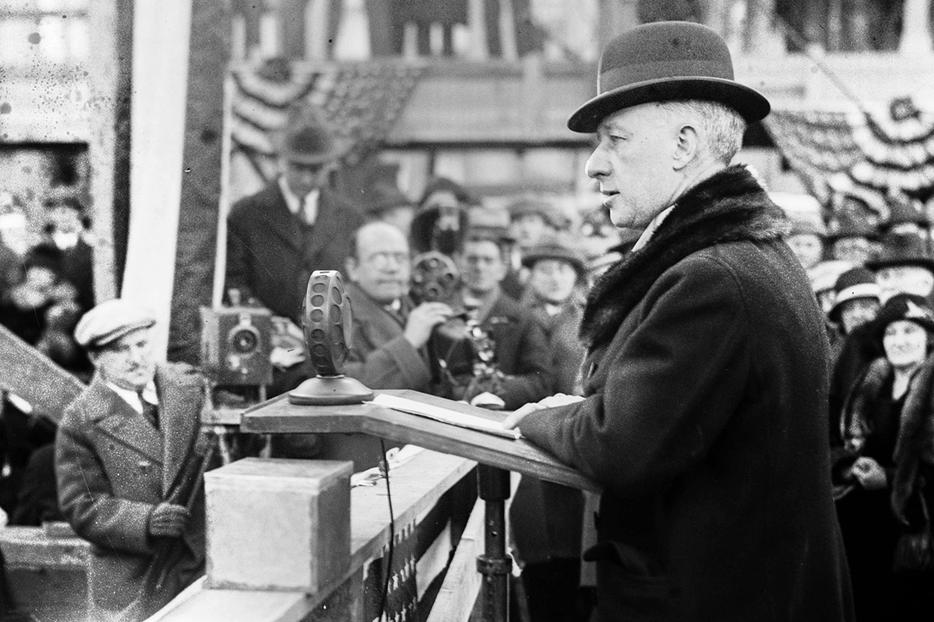 He lost because he was Catholic. Alfred E. Smith was the first Catholic to run for president as a major party’s candidate, when he ran as the Democratic candidate in 1928. He had been elected governor of New York four times, but New York with its giant diverse city and its political machines was not America.

The United States didn’t trust Catholics and didn’t want one as president. The Republican Herbert Hoover won in a landslide, with almost 60% of the vote and 444 electoral votes to Smith’s 87. Weirdly, given his religion, six of the eight states Smith won were southern (he won South Carolina with 91% of the vote). Smith even lost his own state.

The way he responded to the challenge gives us a model for speaking as Catholics in the public square. He didn’t face just the standard anti-Catholic bigot with his crude “No popery!” The WASP establishment put down Smith in an elegantly written “When did you stop beating your wife?” article in The Atlantic, one of the nation’s leading magazines. Smith stood up to him and showed us how to do it.

But what about Smith’s arguments? Can we learn something from what he said? We can, but not only from what he did right, but from what we have to do differently. What Smith said must be supplemented with a slightly earlier Catholic politician from another country.

The nation has changed over the century since Smith wrote. It now has problems he could not conceive. Major party candidates for president propose that the government not only allow but pay for actions he would have seen as barbaric. Smith writes:

“In the wildest dreams of your imagination you cannot conjure up a possible conflict between religious principle and political duty in the United States, except on the unthinkable hypothesis, that some law were to be passed which violated the common morality of all God-fearing men.”

He lived in a world in which he could assume that the people he addressed were mostly God-fearing, at least in a general moral way. He says early in his article:

That’s not true today. (It wasn’t completely true then. God didn’t command racial segregation, among other ways in which the law of the land was not built upon the Commandments of God.)

What can we learn from what Smith said? First, what he got right. He insisted that the Church said nothing unusual, nothing sectarian. Catholic politicians weren’t trying to impose their faith on others. That’s mostly true even today. Now as then, some people backhandedly slap away anything a Catholic says because he’s a Catholic. Smith wasn’t having it.

He insisted he was simply saying what everyone knows to be true. Catholics today do the same thing but with different terms. What he called “the Commandments of God” are almost all matters of what we call the natural law, the way things are, a moral law that even the atheist can recognize. Those are the positions the world likes to declare “religious” or “sectarian,” when they’re merely human.

C.S. Lewis called this almost universal understanding “the Tao.” In his short book The Abolition of Man, he shows how much the world’s religions agree on right and wrong. Everyone believes you can’t kill an innocent human being. We argue that the unborn are demonstrably human and certainly innocent. Therefore, we oppose legal abortion, but not because we’re Catholics. We oppose it because we’re human and recognize the moral law — the moral law that Jews, Muslims, Hindus, Buddhists and nearly everyone else recognizes.

Of course this doesn’t solve every problem in a pluralistic society. But it goes a long way to addressing most Catholic disagreements with mainstream liberalism. Secularists will reject the arguments, of course. They depend on a very distorted idea of “the separation of church and state” to push Catholics out of the public square, but they’re cheating. The natural law is the best argument we have to use against them. We can follow Smith in doing this.

Second, what we need to do differently, now that the law of the land isn’t always built on the Commandments of God. We should speak openly and honestly as Catholics, as people who come to the world with a particular vision and understanding. Everyone does. Even the secularists. The secularist is no more “neutral” or “objective” than the Catholic, though he spends a lot of effort claiming to be.

The American system allows this, even expects it. Its genius is that we have an electoral system to settle the disagreements between visions. People can vote on the vision for America they want. If they prefer the Catholic vision, they can vote for it. If they don’t, they can vote for someone else. If the Catholic candidate gets elected, he has to work with people with different visions. He will never be able to “impose his values.”

Here’s where the example of the earlier politician helps. The story is told of Hilaire Belloc, running for Parliament in 1906. He was already a leading Catholic writer, an ally of G.K. Chesterton’s and what we would call a public intellectual. He presented himself to the leaders of a local Liberal Party for approval as their candidate.

He explained his positions on the issues of the day and then said:

“My religion is of course of greater moment to me by far than my politics, or than any other interest could be, and if I had to choose between two policies, one of which would certainly injure my religion and the other as certainly advance it, I would not for a moment hesitate between the two.”

Fewer than one in 10 of the voters in the district were Catholic. The party accepted him unanimously.

He was the underdog in the election. He’d been born in France, and the Tories were quick to put out the slogan, “Don’t vote for a Frenchman and a Catholic.” The Catholic clergy told him not to bring up his religion when he spoke. They must have thought he’d just be asking for trouble by speaking openly as a Catholic.

“Gentlemen,” he began his first major address as a candidate, “I am a Catholic. As far as possible, I go to Mass every day.” He took a rosary out of his pocket. “As far as possible, I kneel down and tell these beads every day. If you reject me on account of my religion, I shall thank God that he has spared me the indignity of being your representative.”

He won. (Though it should be admitted he wasn’t the greatest success as a politician, but not because he was Catholic. He was too much himself to be happy with party discipline and too decided in his beliefs to fit well in any party. He lasted for one more election and left Parliament after four years.)

Between them, Al Smith and Hilaire Belloc give us models for Catholic political engagement that hold up well nearly 100 years later. Their willingness to be publicly and completely Catholic is by itself a model and a lesson to many Catholic politicians today.