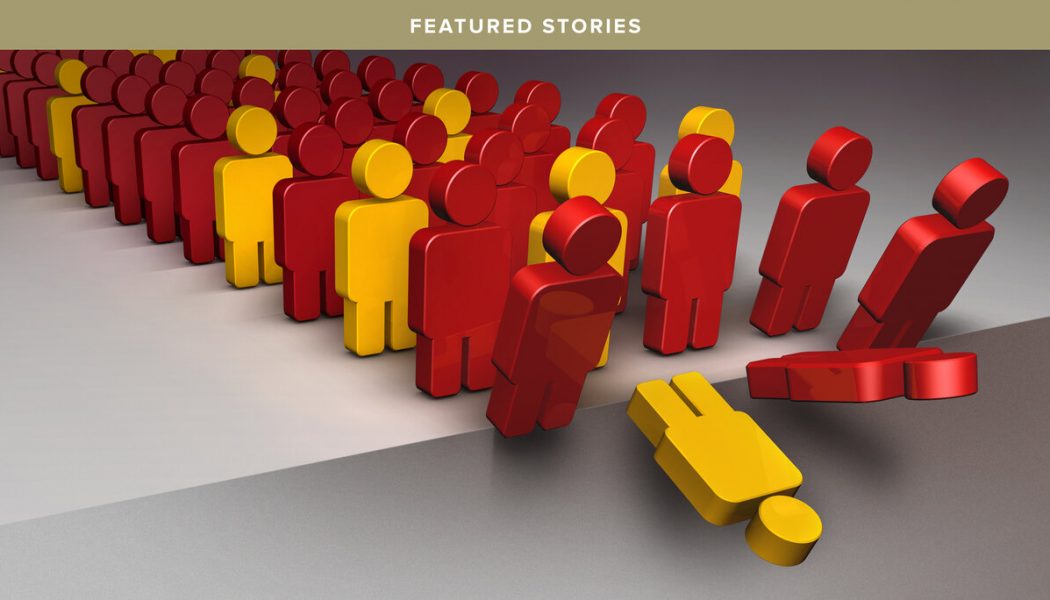 “Why does opium make us sleep? Because of its soporific power.” So ran Molière’s send-up of self-important Parisian physicians. Sohrab Ahmari’s “The Trouble with Christian Leftism” invites a similar question-and-answer. By taxing progressive Christians with having succumbed to the opium of the intellectuals—Marxism in its various forms—Ahmari invites us to ask what is its hidden power. Why are we so prone to be always looking for the next social-scientific solution to our problems? Because we pine for a knowledge that will take away the burden of living by practical reason.

Aristotle sized up prudence with his customary brevity: “the reason must be true and the desire must be correct, if indeed the deliberate choice is to be an excellent one.” That is an imposing task. For our practical reasoning to be true, we need an adequate understanding of the common good; for our desire to be correct, we must yearn for the common good as our personal good. Shallow or flighty reasoning undermines prudence, and so does selfishness in its various forms. And we have not yet begun to try to convince others that our prudential judgment is the right one, but we must eventually labor to do so because our problems can only be solved through consensus and common action.

It would seem to be easier if we were to set aside the troublesome work of perfecting our own understanding and desire and counting upon the virtue of others and instead were to reach into human nature for some other lever to pull. That is the perennial attraction of a social or political science: it offers to replace the vocabulary of the good, reason, virtue, and free choice with a new language that will capture human action in more effective terms.

Machiavelli was the prophet of just such a new science. He and his many followers tell us that the passions and interests of men and women are the levers that we must pull, rather than continue ineffectually to appeal to their understanding of and love for the good. Mandeville, Smith, and countless others offered similar accounts: “It is not from the benevolence of the butcher . . . .” Kant was the one who solemnly announced that what we were awaiting was not another Moses, but another Newton, and in his “Idea for a Universal History with a Cosmopolitan Aim” (1784), he sketched a social science in impeccably Newtonian terms of attraction and repulsion. Like Smith’s account in the Wealth of Nations, Kant’s theory was individualistic, perhaps better, atomistic. Each human being is moved by a “propensity to enter into society” that is matched by an equal and opposite “propensity to individualize.” The action and reaction of these two forces shapes history. Kant grasped the nettle of that antagonism with the same gnostic confidence that we have seen at the heart of modern ideologies ever since: “Thanks be to nature, therefore, for the incompatibility, for the spiteful competitive vanity, for the insatiable desire to possess or even to dominate! For without them all the excellent natural predispositions in humanity would eternally slumber undeveloped. The human being wills concord; but nature knows better what is good for his species: it wills discord.” Small wonder that the next thirty years of European history would be a bloodbath. If we were to follow Kant’s prescription, we would seek to hasten the coming age of perpetual peace by adding counter-protest to protest until the blood flows freely in our streets.

Karl Marx’s Hegelianism and romantic rhetoric are so beguiling that it is easy to overlook that he, too, was a Newtonian in his essential metaphor. Instead of considering the individual atom, he looked at them in groups. It is as though his imaginative lens was not the magnet, the Leyden jar, or the telescope—the Newtonian toys of the eighteenth-century philosophers—but the steam pump and its piston. The “wheel of history” is spun by the release of pressure in a “revolution” brought about by the “increase in number” and “concentration in masses” of the proletariat. The terms of his metaphor should bring Boyle’s Law to mind. To be sure, Marx’s votaries in the nineteenth century and after have typically been motivated by their experience—or at least their perception—of injustice and by their identification with a group of persons who have been similarly mistreated. That is a strong motivator, usually much stronger than the passions and interests of the individual seeking to amass and to protect his own property. Yet while acknowledging the motivation, we should not lose sight of the metaphor that cloaks it with the guise of social-scientific impartiality and righteousness. Social science always trades in metaphors, even when it presents us with curves that are to be flattened.

Today, we have refined our metaphors. In place of Kant’s Newtonian forces and Marx’s pressure-cooker, we can claim to be attending to data that is more empirical, more directly measurable. The problem, however, is that we are constantly appealing to metaphors at the same time as we tell ourselves that we are talking about nature—even human nature—directly. We seem to think that the words we are using are not metaphorical at all. Increasingly, we consent to be ruled by models without stopping to wonder just what a model is. We bow to the authority of curves without asking what the axes of the graph are attempting to capture or what they are leaving out. Our increasing reliance on social science is tragic because we lack a salutary habit of methodological criticism.

“We’re following the science.” “Ours is a science-based response.” These phrases should ring hollow to us not because there is nothing to know about viruses but instead because they are masks for the uncritical application of a limited understanding of some feature of the non-human world to problems that we ought to face as free and intelligent beings pursuing common goods. There may be trustworthy biology out there, but it is hard to disengage from the layers of unacknowledged assumptions about human action that obscure it.

Secular modernity is addicted to the placebo of social scientific claims to impartial certitude because it lacks a shared understanding of the human good. There is nothing too surprising about such a state of affairs. We should be gripped with sorrow, however, that the same addiction should characterize so much religious utterance, even official pronouncements of the Catholic Church. There is, after all, something diabolical about the temptation to absolutize social science: it is a grasping after a knowledge appropriate to God alone. What we most need today, in the Church and in America, is the courage to exercise practical reason and to stand by the best prudential judgments we can muster. Should we seek to bolster our practical reason by learning as much as we can from scientists? Yes. Should we also learn from careful students of human action in the aggregate? Certainly. But we need to do so in air that has been cleared of the soporific vapors of intellectual narcotics.