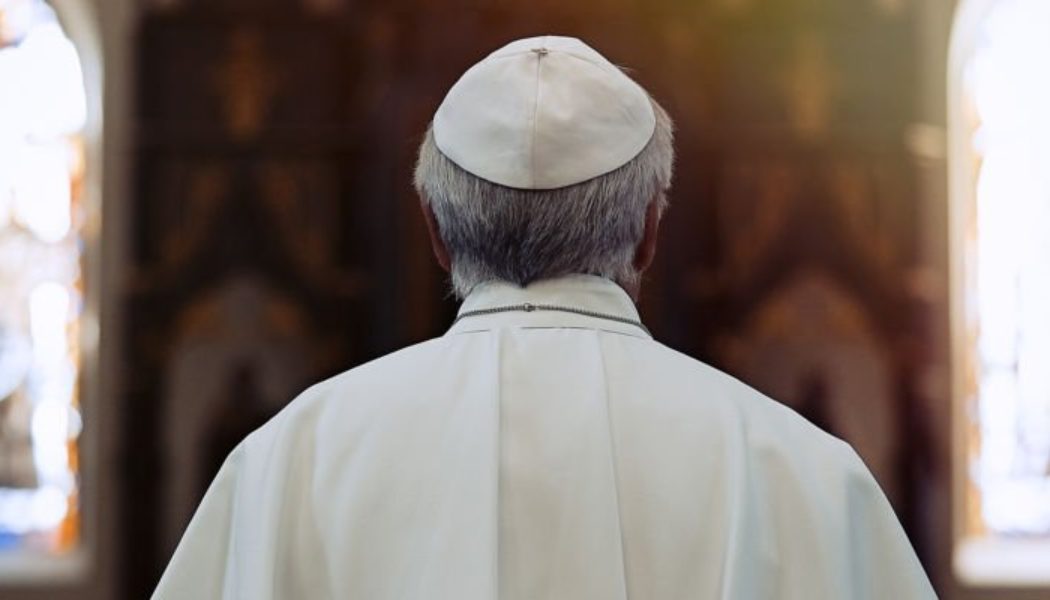 The most fundamental way of resolving the alleged dilemma is to examine the question of whether or not Exsurge Domine involves an infallible exercise of papal teaching. The answer is that it does not.

We must recognize where the burden of proof lies in this matter. The Code of Canon Law provides that “no doctrine is understood to be infallibly defined unless it is clearly established as such” (CIC 749 §3). This means that the propositions in Exsurge Domine must be assumed to have received a non-infallible handling unless proven otherwise.

We must look also at the conditions regarding papal infallibility. According to Vatican I, which defined the doctrine, “the Roman pontiff, when he speaks ex cathedra . . . possesses through the divine assistance promised to him in the person of blessed Peter, the infallibility with which the divine Redeemer willed his Church to be endowed in defining the doctrine concerning faith or morals” (Pastor Aeternus 4). The passage in the ellipsis explains that the pope speaks ex cathedra “when, acting in the office of shepherd and teacher of all Christians, he defines, by virtue of his supreme apostolic authority, a doctrine concerning faith or morals to be held by the universal Church.”

The key word is “defines.” Defining something is not the same as stating, teaching, declaring, condemning, or what have you. The meaning of this term is explained in a relatio on Pastor Aeternus 4. (A relatio is an official interpretation of the text that is presented to the council bishops by a man called the relator so that the bishops will know the official sense of the text on which they are voting. Thus, what is said in a relatio is key to resolving queries about the meaning of a conciliar text.)

On July 16, 1870, Vincent Gasser, the relator for Pastor Aeternus 4, gave a relatio that explained, “The word ‘defines’ signifies that the pope directly and conclusively pronounces his sentence about a doctrine which concerns matters of faith or morals and does so in such a way that each one of the faithful can be certain of the mind of the Apostolic See, of the mind of the Roman pontiff; in such a way, indeed, that he or she knows for certain that such and such a doctrine is held to be heretical, proximate to heresy, certain or erroneous, etc., by the Roman Pontiff.”

During the course of Church history, there have been many occasions where a person has committed not just a single heresy, but a whole raft of theological errors. In such cases, the Church has sometimes responded by censuring a list of propositions found in the person’s writings. Sometimes this is done by condemning the propositions one by one, “the proper qualifications being attached to each individually (in individuo).” However, “in the case of . . . Luther . . . to a whole series of propositions a whole series of censures was attached generally (in globo). . . . To each of the propositions thus condemned apply one, or several, or all of the censures employed—the task of fitting each censure to each propositions being left to theologians.”

If we examine Exsurge Domine’s condemnation of Luther’s propositions, it is clear that they are being condemned in globo rather than in individuo. Pope Leo X wrote, “All and each of the preceding articles or errors, so to speak, as set before you, we condemn, disapprove, and entirely reject as respectively [1] heretical or [2] scandalous or [3] false or [4] offensive to pious ears or [5] seductive of simple minds and [6] in opposition to Catholic truth.” The pontiff lists six different censures, but he doesn’t tell us which of these apply to which of the forty-one propositions.

When we look at the Latin text of the sentence, this ambiguity is even more obvious. The various censures the pope names—from “heretical” to “offensive to pious ears”—are all joined by the conjunction aut. In ecclesiastical Latin, the word aut tends to have the sense of an exclusive “or”—i.e., it’s this or that, not both. This makes it a slam-dunk that we cannot determine the kind of censure being applied to the individual propositions.

We can’t even infer that the pontiff’s mind was that all of the propositions are false. The censures “heretical” and “false” both imply falsity, but “scandalous,” “offensive to pious ears,” and “seductive of simple minds” do not.

Heresy is a term reserved for falsehoods that contradict points that must be believed with divine and Catholic faith. The more general term false is used to refer to erroneous propositions more generally (i.e., ones that do not have to be believed with divine and Catholic faith). But the next three named censures do not imply error. In fact, they may even presuppose the truth of a position.

Scandalous means “likely to cause scandal,” but that does not automatically mean false. Sometimes things that are true lead to scandals. Offensive to pious ears means “phrased in an offensive manner” or “phrased in a manner repugnant to Catholic sensibilities.” But again, that doesn’t automatically mean false. (In fact, this censure tends to be applied to propositions that are basically true but badly expressed.) Seductive of simple minds means “likely to be understood in a way that would lead the uneducated or inattentive to believe an error.” This also does not mean automatically false.

However, we cannot infer from the pope’s statement that the proposition is anything more than scandalous. It could also be deserving of one or more of the other censures, but we can’t infer from what the pope said if that were true or which would be the case. Indeed, from what the pope said alone we can’t be sure that scandalous is what was in mind for that proposition.

Because we can’t know that, Exsurge Domine does not infallibly define the theological status of this proposition or the others that it treats, meaning that it cannot be used to attack the doctrine of papal infallibility. Anybody who is trying to do so needs to better understand papal infallibility, learn to parse ecclesiastical documents more carefully, or become aware of the meaning of theological censures.