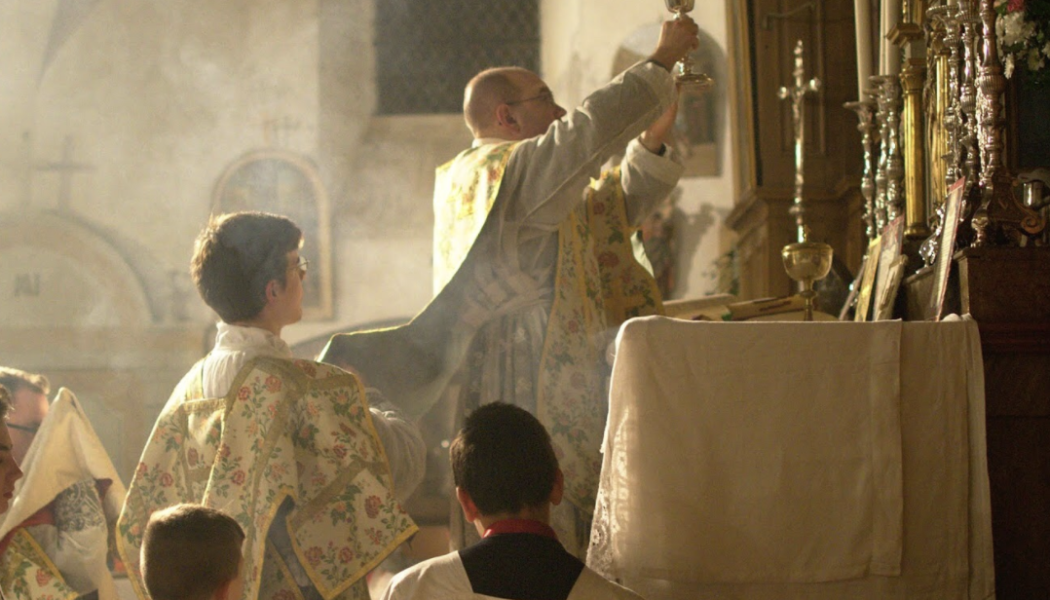 Raise your hand if you are old enough to remember the Vietnam era.

That may sound like a strange question to ask after a weekend of reading the tsunami of online reactions to the decision by Pope Francis to all but crush the 2007 Summorum Pontificum apostolic letter by the now retired Pope Benedict XVI, the document defending the use of the old Latin Mass, now called the Extraordinary Form of the Roman Rite.

Now the fighting — another sign of real divisions between Catholic bishops almost everywhere — will almost certainly be turned up to 11. As Father Raymond J. de Souza of the National Catholic Register put it: “Where there is incense there is fire.”

This brings me back to Vietnam. Here’s the phrase that jumped into my mind, about an hour or two into watching the firestorm on Catholic Twitter: “We had to burn the village in order to save it,” the popular paraphrase of a line in an Associated Press report from that era stating, “It became necessary to destroy the town to save it.”

There appear to be people on both side of the Latin Mass war who are ready to do something like that. Pope Francis has clearly stated that he believes the “ordinary” modern form of the Vatican II Mass cannot live peacefully with rules allowing many Catholics to embrace the faith’s earlier liturgical traditions.

This is an unbelievably complex story and I feel only compassion for the wire-service reporters who had to write short hard-news stories about this action by Pope Francis.

Why? At one point, I started listing some basic facts built into the foundations of this story.

Truth be told, there are:

* Latin Mass activists who reject Vatican II and, from time to time, refer to this pope simply as “Bergoglio,” meaning they still consider him to be Cardinal Jorge Mario Bergoglio of Argentina — not the real pope. They reject Vatican II, period. Pope Benedict XVI has never been in this camp.

* Progressive Catholics whose hatred of the traditional Mass and its proponents is so fierce that they are willing to roll the dice on schism. They believe the “spirit,” not the actual teachings, of Vatican II must be defended at all costs. Some of these liberal Catholics are openly sympathetic to the doctrinal “reforms” sought by German bishops, which could lead to schism in some form.

* Those who celebrate the Vatican II Novus Ordo Mass in Latin. There are some “traditionalist” Catholics who consider that form of the Mass to be invalid, as well. I have covered progressive Catholics who even want to radically restrict celebrations of the modern Mass in Latin.

* Doctrinally conservative Catholic parishes in which the modern Mass — in Latin or in local languages — is celebrated with great dignity, traditional sacred music and plenty of smells-and-bells traditions. But there are some Catholics on the far right who consider that inappropriate or invalid and there are Catholics on the left who view high-church traditions with disdain, period.

Is anyone in the MIDDLE on these issues?

That would, of course, be Pope Benedict XVI. But Pope Francis has made it clear that he believes (a) that Benedict’s compromise has failed and is causing divisions or (b) that it has been a success in places where bishops have embraced the ordinary and the extraordinary forms and that scares the bishops and cardinals who oppose all things ancient and traditional.

The reality is that the doctrinal divisions linked to the Mass are linked to other issues and, thus, cannot go away, no matter what Pope Francis chooses to do.

I could go on and on. The key is that this battle is truly global, which means it cannot be described in the kinds of pseudo-political terms that make American newsroom managers happy (and, thus, enthusiastic about running long, detailed, news stories). It is also true that this battle is not just about liturgy. Find burning fires on the Latin Mass and you will — 99% of the time — find related conflicts about Catholic teachings on moral theology, especially doctrines linked to marriage and sexuality.

What did all of this look like in the Associated Press story that most news consumers saw in the news, if they saw anything at all (since this story does not directly involve Donald Trump or even Joe Biden)? Here is the key language right up top:

Francis reimposed restrictions on celebrating the Latin Mass that Benedict relaxed in 2007, and went further to limit its use. The pontiff said he was taking action because Benedict’s reform had become a source of division in the church and been exploited by Catholics opposed to the Second Vatican Council, the 1960s meetings that modernized the church and its liturgy.

Critics said they had never before witnessed a pope so thoroughly reversing his predecessor. That the reversal concerned something so fundamental as the liturgy, while Benedict is still alive and living in the Vatican as a retired pope, only amplified the extraordinary nature of Francis’ move. …

Where did the push for the move come from? The story notes that Pope Francis said “he based his decision on a 2020 Vatican survey of all the world’s bishops, whose ‘responses reveal a situation that preoccupies and saddens me, and persuades me of the need to intervene.’ “

As I said, there is no doubt that some bishops and cardinals are furious about the lingering, and some insist growing, popularity of the older Mass. Will the Vatican release any documentation from that survey to support this claim by the pope?

Here is another remarkable statement that shows the degree to which Pope Francis is convinced that middle ground is impossible.

Francis said he was “saddened” that the use of the old Mass was accompanied by a rejection of Vatican II itself “with unfounded and unsustainable assertions that it betrayed the Tradition and the ‘true Church.’ ”

Wait. All of the proponents of allowing use of both the ordinary and the extraordinary Mass — including bishops and cardinals — reject Vatican II? How does that fit in with the acceptance of Novus Ordo, in Latin or the vernacular?

Now, it is easy to find the quotes from traditionalists who truly hate both Pope Francis and Vatican II. As I said, they do exist. Here’s a sample from AP:

Rorate Caeli, a popular traditionalist blog run out of the U.S., said Francis’ “attack” was the strongest rebuke of a pope against his predecessors in living memory.

Messa in Latino, an Italian traditionalist blog, was also blistering in its criticism.

“Mercy always and only for sinners (who are not asked to repent) but no mercy for those few traditional Catholics,” the blog said Friday.

The question that journalists face is how to define the middle ground in this bloody battle. This is crucial, since Pope Francis has, essentially, said that attempts by Pope Benedict XVI to find, and defend, a liturgical middle ground have failed.

Do journalists have the will, and the space in news reports, to separate the two different camps among the Latin Mass proponents? Will they talk to bishops and priests who embrace both the continuing use of the old Latin Mass and solemn, dignified uses of the Novus Ordo? Many of these Catholic embrace Vatican II, but believe that it is possible to be critical of how some Catholics apply its teachings or suggest that the “spirit” of the council must keeping evolving in a dance with modernity.

To see the importance of this search for “middle ground” voices, consider this passage in the basic Reuters report:

Before the Council, Catholic mass was an elaborate ritual led in Latin by a priest with his back to the congregation. Vatican II reduced the formality and had the priest face the faithful to pray in their local language.

Traditionalists rejected the new style’s sing-along hymns and guitar music. Many missed the Latin rite’s sense of mystery and awe and the centuries-old Gregorian chant that went with it.

Some on the far right would agree with both of those statements.

However, some on the doctrinal left would — in practice — agree with both of those statements.

Who are the Catholics in the middle and what are they saying about this remarkable action by Pope Francis? Did Pope Francis burn the Catholic “middle ground,” in an attempt — he said — to save it?

All together now: “Where there is incense there is fire.”

However, journalists have a job to do. They need to seek out statements by bishops and even cardinals who attempt to defend a middle ground, embracing the ordinary and the extraordinary. Journalists should seek out parishes with pews full of people who are willing to worship in this middle ground and accept other Catholics who can embrace diversity.