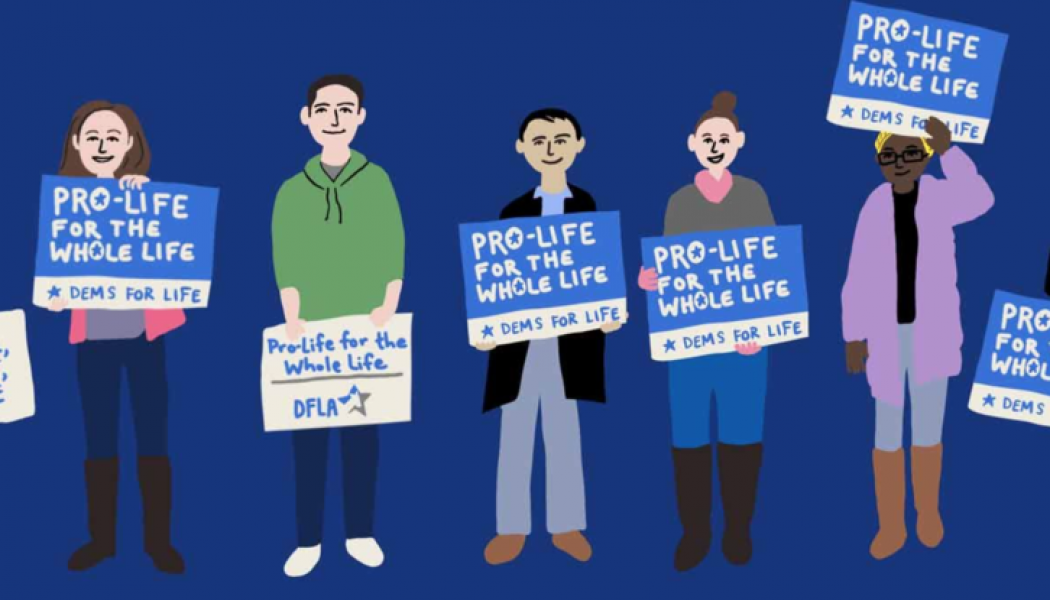 There were two major stories in American life this week, when it seemed like the world turned in a matter of minutes.

The riot at the U.S. Capitol grew out of yet another legal Donald Trump rally, with its familiar mix of hero worship, populist rage and, yes, rhetoric and symbols used by conservative, often Pentecostal, Christians. Fired up by a truly radical message from the president, many (not all) of these protestors marched to Capitol and turned into an illegal mob, crashing through security fences and then through doors and windows. Yes, some of the Christian banners and signs went with them.

We will be learning more about the makeup of that mob as participants are identified, arrest and tried — perhaps under (irony alert) Trump’s June 26th executive order authorizing a “penalty of up to 10 years’ imprisonment for the willful injury of Federal property.”

There have been waves of statements by religious leaders condemning the violence, including many by evangelicals who (a) opposed Trump, (b) reluctantly voted for him or (c) enthusiastically backed him. I expect more coverage on all of that (I’m collecting material for an “On Religion” column). Readers can start with this piece from the left, care of HuffPost.com: “Trump’s Evangelical Allies Condemn Violence At The Capitol.” It focuses on evangelicals who are still finding it hard to attack Trump, while — almost hidden at the end — noting views from some of condemned both the violence and the president’s role in it.

Let me know, via comments or email, if you see more religion-driven riot coverage.

Meanwhile, this week’s “Crossroads” podcast (click here to tune that in) centered on a GetReligion post that was written about two hours before the riots began: “Life after Georgia — Questions about a pro-life Democrat in U.S. Senate and other issues …”

The key is that victories by two Democrats (one a liberal Baptist pastor) put a very interesting conservative (and Catholic) senator at the middle of America’s increasingly divided and even bloody political map.

That man, Sen. Joe Manchin of West Virginia, is a living symbol of what used to be a major force in American politics — the white Southern Democrat. Although he has been endorsed by Democrats For Life, his pragmatic political views on that topic will not be found in the Democratic or Republican platforms, but do resemble the views of millions of centrist Americans.

Many Democrats, in the past, have insisted that Manchin is not really a Democrat. Well, how many want to toss him out of the party right now (with that 50-50 Senate split)?

Look for more coverage of Manchin. While we wait for that, readers can flash back to this prophetic 2017 Politico piece, which ran with this double-decker headline:

Manchin in the Middle

Joe Manchin is either a moderate role model for a party that’s lost its way, or a doomed species from a less partisan era. Soon we’ll know which.

Here is a crucial chunk of that:

“My secret sauce is this: It’s just me. I am who I am,” he explained. “My brand is Joe Manchin, and I don’t think they’re looking at the ‘D’ or the ‘R.’ They know me — they knew me as governor, they knew me as secretary of state—and they say, ‘Yeah, but he’s not that type of Democrat.’”

Some wonder why he’s still any kind of Democrat.

“I’m hanging on to my roots,” Manchin said.

Manchin is a Democrat because of the Kennedys, and because he was and is Catholic, and because of coal and the unions of workers who pulled it out of mountains, and because of where he grew up, and when — the 1950s and ’60s, when basically everybody in West Virginia, and especially in Farmington, up by the Pennsylvania border, was a Democrat. Republicans, Manchin thought when he was young, were rich. And he lived “between the crick and the tracks.” He didn’t know anybody who was rich.

So, is Manchin still a Democrat?

Yes, but you may recall that just a few years ago there were some top Democrats who wanted to rid their party of his ilk. Here’s a piece of an “On Religion” column on that:

… Democratic National Committee Chairman Tom Perez drew another bright line defining who participates in the work of his party.

“Every Democrat, like every American,” he said, “should support a woman’s right to make her own choices about her body and her health. This is not negotiable and should not change city by city or state by state.” In fact, he added, “every candidate who runs as a Democrat” should affirm abortion rights.

In part because they are not as rare as some journalists may think they are. Also, many of them sit in strategic Black and Hispanic church pews.

Ask Joe Biden if Black church voters — yes, believers on the doctrinal left, middle and right — matter in states like South Carolina and Georgia. (Readers may want to check out some of the numbers in this New York Post op-ed column, focusing mostly on Louisiana: “Why many Dems in the South back the new anti-abortion laws.”)

Now, I am well aware that, when it comes to abortion issues, poll numbers are all over the place. There is no question that Democrats are, as a party, getting more secular and more liberal.

But still, there are lots of Democrats in the middle on moral and cultural issues. They may be older and many are Black, Southern churchgoers. But they are there.

Let’s back up a decade, to another one of my columns: “Searching for gray on abortion.” The key was a Harris poll noting that “only 9 percent participants agreed that the abortion should be legal for any reason at any point during a pregnancy. On the other side, only 11 percent wanted a total ban.”

Here is another major chunk of numbers from that time:

When asked if they opposed or supported specific policies restricting abortion, 88 percent of those who stated opinions backed “informed consent” laws requiring abortion providers to “inform women of potential risks to their physical and psychological health and about alternatives to abortion.” Also, 76 percent of those expressing opinions favored laws that “protect doctors and nurses from being forced to perform or refer for abortions against their will” and 73 supported laws that “require giving parents the chance to be involved in their minor daughter’s abortion decision.”

These numbers resemble those in a 2006 survey on politics, faith and social issues produced by the Pew Forum on Religion & Public Life and the Pew Research Center for the People & the Press. It found that “majorities of Republicans (62%), Democrats (70%) and political independents (66%)” favored some form of compromise on abortion, as did more than 60 percent of both white evangelicals and white, non-Hispanic Catholics.

Digging deeper, that Pew survey even found that 37 percent of liberal Democrats and 71 percent of moderate or conservative Democrats supported some compromise, backing abortion restrictions that would not be allowed under current interpretations of Roe v. Wade and other U.S. Supreme Court decisions.

What about now? Pew ventured into that foggy territory again in 2019 and found movement to the cultural left, but still many Democrats caught in the middle.

Note the final sentence (I added the bold type) in this quote:

Does anyone remember Sen. Joseph Lieberman? How about Sen. Rick Santorum?

Not that long ago, this modern Orthodox Jew, a Democrat, and this conservative Roman Catholic, a Republican, produced many pieces of bipartisan legislation in the U.S. Senate. Members of their staffs often found secret places to hide and work together, knowing that what they were doing was, for many, political heresy.

In these times of bitterness, with the Senate divided 50-50, will there be a Republican who will hide somewhere and work with Manchin? Will President Joe Biden consider backing efforts to explore the middle ground in American politics and, yes, more than a few pews?

Will elite-zip-code journalists cover that story?

IMAGES: From the masthead art of Democrats For Life of America website.

He giveth power to the faint; and to them that have no might he increaseth strength.
Isaiah 40:29
DailyVerses.net