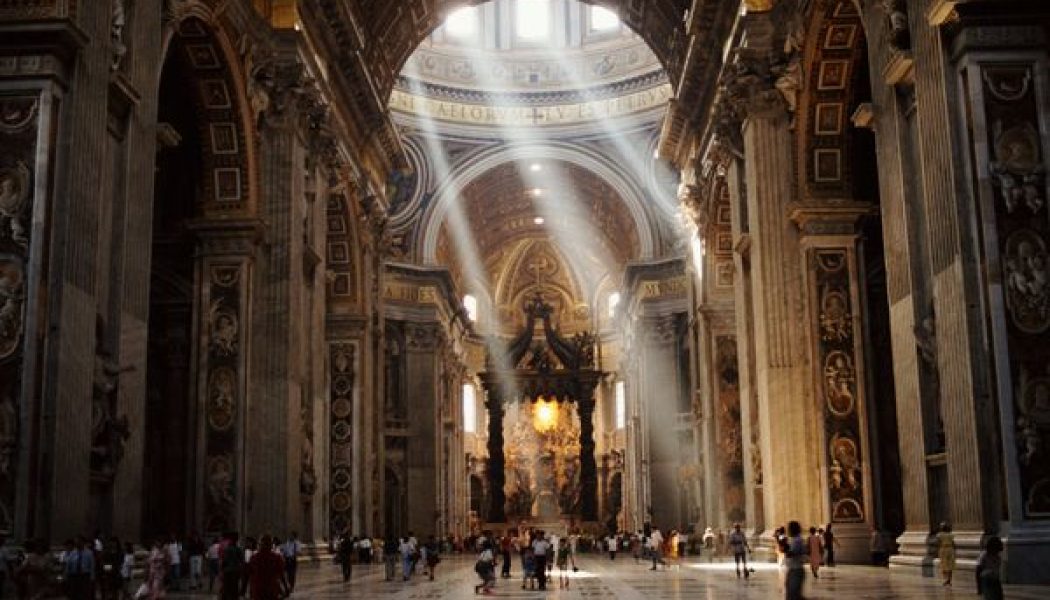 Last night I was honored to be the guest speaker at the fund raising gala for the Fr Capodanno School High School in Pinehurst, NC. The school is an independent Catholic start up with only a handful of students, but like most of these entrepreneurial Catholic enterprises it is full of energy, youth, enthusiasm, solid Catholic faith and a joyful hope for the future.

This is one of the things I love most about American Catholicism. On the one hand you have the old Catholic establishment. They have their big colleges in the Northeast. They have their bureaucracies, diocesan structures, big budgets, big donors and all that boring stuff. They also have, for hte most part, a secular, materialistic, liberal American mindset. They run the show using lawyers, insurance companies, fund raising professionals, PR professionals…etc. etc. etc. You know the whole corporate, top down, bureaucratic, clericalist schtick.

Then you have the other Catholic church in America. This is made up of some clergy, but mostly laypeople. They’ve seen the corporate incompetence, the bureaucratic rot, the materialistic, secular mindset, the theological decay and spinelessness of the members of the hierarchy and without complaining they’ve simply rolled up their sleeves and done what they can with what they have where they are.

These are the people who have started radio stations, a global media network or an independent Catholic school. They’re the ones who have helped fund a video project or a mission to the poor in the developing world. They’re the ones who have started a publishing house, a blog, a YouTube channel or an apostolate to teach chastity. They’re the ones organizing diocesan conferences, retreats and pilgrimage trips. They’re running apostolates to do street evangelization, fostering men’s groups, teaching youth retreats and teaching little children about the liturgy through playtime. I like them very much.

I like them because they are fully Catholic and they have not waited to be asked nor have they waited to be thanked. While some are dissenting, grumpy and critical of the hierarchy, most of them simply get on with the job. They are ignored or vilified by the Catholic establishment, but they don’t care. They never wanted to be part of that tribe to start with.

Anyway, last night an Episcopalian asked why I became a Catholic. The short answer has two points. The first I have just made. The Catholics I met were just getting on and doing the job. There were lots who were not, but I saw the ones who were. Protestants did this too, but the Catholics were doing the job within the greater church–as part of the whole and yet independent and entrepreneurial.

I explained how I was an Anglican priest as the Church of England debated the issue of women’s ordination. On one side were a group of Christians who were sincere, devout, prayerful and positively active. They were also completely convinced that the Holy Spirit was leading the church to have women priests. Then there was another group just as devout, prayerful and active who were convinced that the Holy Spirit could not possible lead the church to ordain women.

So what to do when good Christians disagree? Either say it doesn’t matter or split off and start your own church. She agreed that this was what happened in the Anglican Church and Protestantism generally.

I explained that I had come to see that the Catholic Church had an authority structure that had huge resources. It was a big tool chest and it was full. When considering a current issue of debate–not just women’s ordination but a whole slew of other issues too–they could draw on 2000 years’ experience of prayer, theology, Bible study and life in the Spirit. Furthermore, they had a global reach. They transcended any one culture or tribe and could look at the implications for the whole church. Protestant sects did not have this reach either geographically or historically.

Finally, they had the voice of the Pope who should listen to all the debates and make the final call.

All the Protestant churches could do was engage in Bible proof text shoot outs with the usual, predictable casualties.

I then began to see that the independent, entrepreneurial spirit of the Catholics I so admired was most effective when it was in the proper relationship with the authority structures of the church and vice versa. The hierarchical structures need the independent spirit filled entrepreneurial efforts. They bring life and vitality to the church, and if they are sometimes critical of the hierarchy–even bitterly so–well that’s ok. That’s part of the ongoing battle, and if the members of the hierarchy sometimes bit back–well that’s part of the battle too. What did you expect? Peace?

This balance is a tightrope sometimes, but it is an exciting and daring  thing. It’s a creative tension.

So why did I become Catholic? Because the independent spirit of Christianity is balanced and grounded by the authority of the church and the authority of the church–so often dull, predictable and even corrupt and immoral–is enlivened and often corrected by that unpredictable, creative and prophetic action in the church which we recognize as the Holy Spirit. Finally, that same Spirit is not absent from the dull, workings of the bureaucracy and hierarchy.