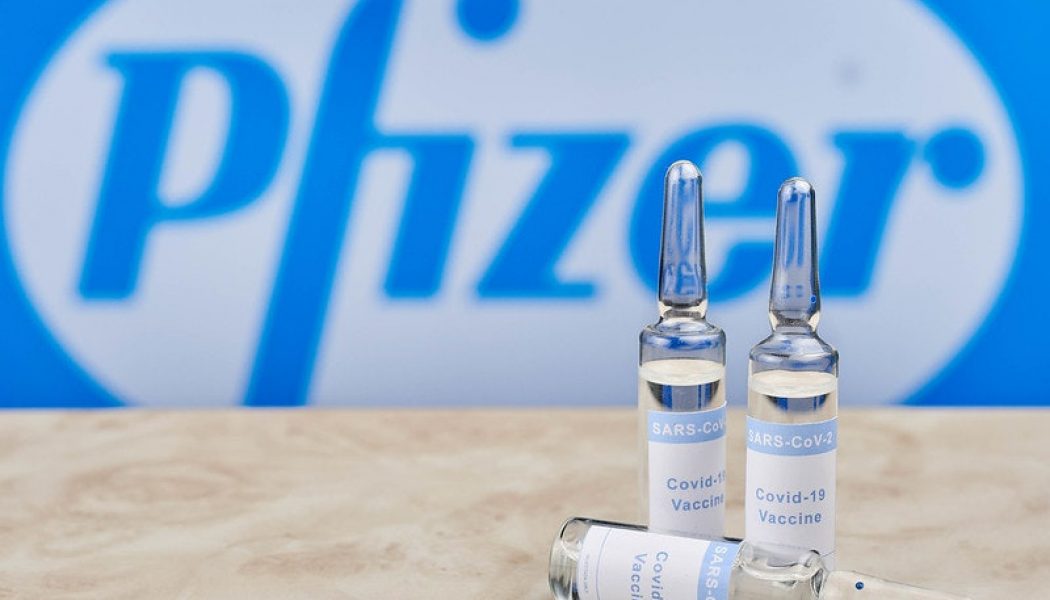 More than two months after the Congregation for the Doctrine of the Faith issued guidance on the morality of receiving coronavirus vaccines, both Catholics and media outlets remain confused and divided over the Church’s position on the issue.

The controversy for Catholics is rooted in the use of genetic material derived from aborted children in the 1970s, specifically the HEK (Human embryonic kidney) 293 cell line. This genetic material has been used for decades in the development of vaccines for various diseases, in the manufacture of other medical treatments, and, as a recent statement from a group of Catholic pro-life scholars noted, for testing many of the processed foods sold in the United States.

Is it morally acceptable for Catholics to use products, even lifesaving ones, derived from or tested on genetic material obtained from an abortion?

The question is a fair one. But it is not especially new.

The Vatican’s thinking on vaccines predates the pandemic by some years, and, at least for many, does not represent a particularly complicated line of reasoning: There is a duty to avoid remote material cooperation with the moral evil of abortion, but the duty is not absolute; it must therefore be judged in the particulars of circumstance, and in light of other moral goods.

The protection of innocent human life and the common good can amount to an equal or greater moral responsibility than the obligation to avoid remote material cooperation with abortion.

The CDF taught in December that “when ethically irreproachable Covid-19 vaccines are not available it is morally acceptable to receive Covid-19 vaccines that have used cell lines from aborted fetuses in their research and production process.”

The USCCB, several dioceses, and more than a few ethicists have taught the same.

But the reasoning has mostly been lost in transmission, both in media reporting and in the noise of political and cultural debate about the vaccine and the virus.

Why is the Church’s view on vaccines proving difficult to convey? There are probably three reasons: nuance, bad writing, and outliers treated as mainstream positions.

Catholics experts – moral theologians, bioethicists, and bishops – have noted that some of available vaccines are reliant on the HEK cell lines for their development, while others only used those cells in the testing phase. The differences amount to different moral considerations, even when the final conclusion about the moral permissibility of the vaccines is the same.

For some voices, but not all, the differences lead to a tiered hierarchy of preferred vaccines.

On Feb. 27, for example, Johnson & Johnson received federal approval for its “one shot” vaccine. In response, the USCCB’s doctrinal and pro-life committees issued a joint statement noting that while Pfizer and Moderna’s vaccines used abortion-derived cell lines for testing, but not in their production, the Johnson & Johnson vaccine, “was developed, tested and is produced with abortion-derived cell lines, raising additional moral concerns.”

The USCCB reiterated the CDF’s guidance, and concluded that “if one has the ability to choose a vaccine, Pfizer or Moderna’s vaccines should be chosen over Johnson & Johnson’s.”

Even though the USCCB referred directly to the Vatican’s reasoning, some media outlets, including the Washington Post, seemed to misunderstand the nuance, initially characterizing the statement as “apparently in conflict with Pope Francis.”

Dioceses which have tried to emphasize that one vaccine is morally preferable to others, even while affirming that all are morally acceptable, have also been misunderstood in some quarters to be making a general prohibition on vaccines.

Among the statements of the Vatican, the U.S. bishops’ conference, and most American dioceses, there has been basic uniformity. But the nuanced points around those conclusions have been sometimes framed as confusing, or even as contradicting and “lengthy philosophical opinions.”

The confusion is not wholly a question of media framing. At least in some cases, diocesan statements have lent themselves to being misunderstood.

The Archdiocese of New Orleans, for example, issued a statement on the Johnson & Johnson vaccine Feb. 26. The archdiocese affirmed the moral liceity of being vaccinated, but advised Catholics to avoid Johnson & Johnson “if the Moderna or Pfizer vaccine is available.”

But before that part, the statement singled out the Johnson & Johnson vaccine as “morally compromised” — a confusing sentiment, since all the available vaccines have some degree of material cooperation with abortion.

Some readers found it hard to parse what exactly the archdiocese was getting at, if they made it past the top line at all.

The Diocese of Bismarck, meanwhile, offered on March 2 a seemingly absolute conclusion that Johnson & Johnson is “unacceptable for any Catholic physician or health care worker to dispense and for any Catholic to receive.”

On close reading, the diocese appeared to condition its conclusion on the fact that “two morally acceptable vaccines are available.” But if the diocese intended to say that Catholics could take the Johnson & Johnson vaccine if no other options were made available to them, few got the message.

After those statements were issued, Bishop Kevin Rhoades of Ft. Wayne-South Bend, chair of the bishops’ pro-life committee, tried to cut through the confusion, saying last week that “there’s no moral need to turn down a vaccine, including the Johnson & Johnson vaccine, which is morally acceptable to use.”

But that clarity came after the confusion, and has been taken by some as just another voice in the conversation.

Bishop Joseph Strickland of Tyler, Texas, has been one of the most outspoken bishops on the coronavirus vaccines.  His view has garnered considerable attention. But the bishop’s position is out of step with the guidance from most other corners.

Two weeks before the CDF guidance, Strickland issued a formal letter to his diocese which lamented that “too many [Catholic leaders] have accepted the exploitation of aborted children. I urge you to reject any vaccine that uses the remains of aborted children in research, testing, development, or production.”

The bishop’s defenders say his position is one of prudential judgment, and that he doesn’t intend to oppose those with other views. But his voice has been taken as a moral condemnation of vaccine usage, full stop.

In January, for example, he tweeted that: “The fact remains that ANY vaccine available today involves using murdered children before they could even be born. I renew my pledge….I will not extend my life by USING murdered children.”

Strickland seemed this week to reiterate his opposition to the vaccines currently on offer, after a group of ethicists issued a statement through the Ethics and Public Policy Center.

The eight Catholic ethicists who signed the statement acknowledged the arguments of various bishops who prefer one or another vaccine when there is a choice available, but concluded “we think it a mistake to say both that these vaccines are morally permissible to use and yet that some ought to be preferred to others.”

Strickland seemed to share the ethicists’ distaste for parsing differences among the vaccines. But unlike the ethicists, the bishop’s take seemed to affirm his opposition to any of the available options. He said on Twitter that “the signers offer a contradictory stance, can pro-life mean ‘oh but those lives…they are expendable.’”

The Pillar contacted the Diocese of Tyler for clarity on Strickland’s position, but the bishop has not yet responded.

To date, neither the USCCB nor any individual bishop has challenged Strickland’s position. His voice is likely to continue gaining media attention, and coloring the reception of other epsiscopal statements on the subject.

It is worth noting as an aside that there is little confusion or ambiguity about what Bishop Strickland wants to convey about the vaccines and why. Whatever else might be said, that may well be a lesson for his peers to consider.

To be heard, bishops might choose to keep their messages as simple as possible. This issue is complicated enough.