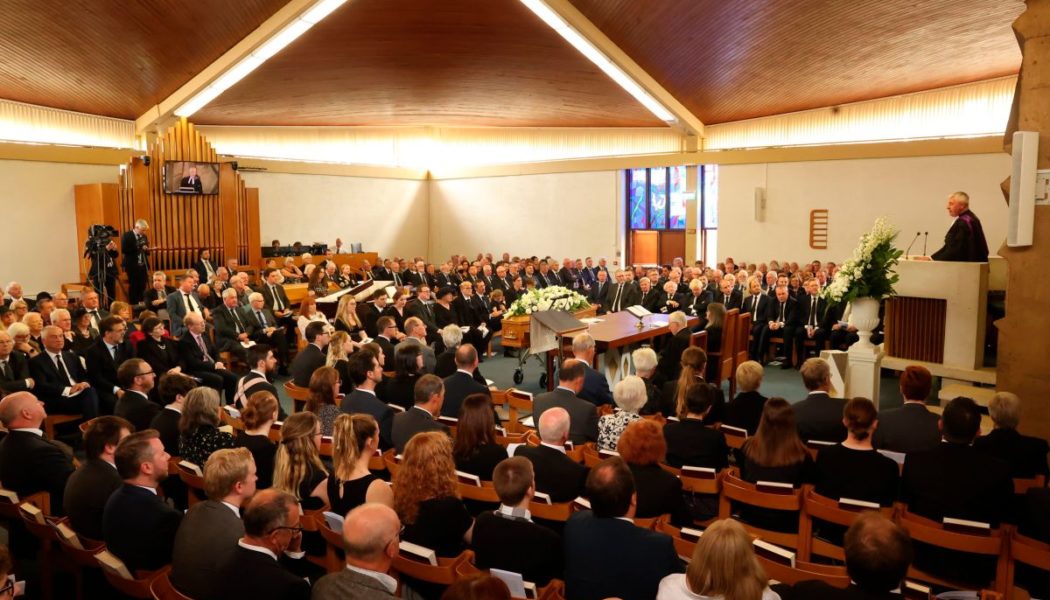 ROME – Germany’s bishops now have delivered to Rome the long-awaited results of their “synodal path,” a controversial national consultation of the country’s Catholics, and anyone with a passing familiarity with German Catholicism over recent decades won’t find many surprises.

In broad strokes, Germany’s Catholics seem to want more empowerment of laity, especially women, including a say in the selection of pastors and bishops as well as a preaching role for lay people. They also favor greater tolerance for disagreement with official church teaching on hot-button issues such as contraception, gay marriage, celibacy and women’s ordination.

Calls for such changes are linked to declines in both Mass attendance and church membership, with the suggestion being that German Catholics are abandoning ship in frustration over what they see as a church that’s “encrusted, overly hierarchical, and old-fashioned.”

None of this is new, and it’s hardly confined to Germany. Across the developed world Catholicism has been struggling with declining numbers for decades, and those declines are often pegged to perceived failures to deliver desired reforms.

Yet in the developed nation for which we have the best data about how people make decisions on religious affiliation, the United States, it turns out things aren’t quite so simple.

We have that data thanks to the invaluable Pew Research Center – an institution for which I, personally, give thanks almost every day – and its landmark Religious Landscape Study, conducted in 2007 and again in 2014, which is a religion nerd’s dream, chock full of fascinating nuggets about the religious choices of Americans.

From a media point of view, the big headline has been Catholic decline.

Thirteen percent of all Americans now are ex-Catholics, a staggering pool of around 40 million people, who would comprise the second-largest denomination in the country if they thought of themselves that way. Only 2 percent of Americans are adult Catholic converts, or about 6.6 million people, meaning that American Catholicism loses six existing members for every one new member it gains.

On the surface, those numbers present a damning indictment of the American Catholic Church and suggest the need for urgent change. Drilling down, though, things get more complicated.

To begin with, the 2014 study found that Catholicism is in the middle of the pack of terms of its capacity to retain existing members. The Catholic Church holds onto about 60 percent of its people into adulthood, trailing historically Black Protestant churches at 70 percent and Evangelicals at 65, but ahead of both Orthodox at 53 percent and mainline Protestants at 45.

In the 2020 election, 91 percent of historically Black Protestants voted for Biden while 84 percent of white Evangelicals voted for Trump, yet both outperform the Catholic Church in terms of retention. Meanwhile, the Orthodox are generally seen as more doctrinally and liturgically conservative than Catholics, while many mainline Protestant churches adopted the proposed German canon of reforms decades ago, yet both hold on to existing members at lower rates.

Comparing the data from the 2008 Religious Landscape Study and the 2014 results is especially interesting. In 2008, Catholicism’s retention rate was 68 percent but it fell to 59 percent in 2014, by which point Pope Francis had awakened hopes of precisely the progressive reforms which were supposed to reinvigorate Catholic fortunes.

Actually, a moment’s thought is enough to cast doubt on any ideological explanation of fluctuations in church membership.

Catholicism has been losing ground in the West since the 1960s, a period which has included the progressive era of Popes John XXIII and Paul VI, then the more conservative period of John Paul II and Benedict XVI, and now again a more liberal trajectory under Francis.

If ideological reorientation is the key to getting people back into the pews, shouldn’t we have seen some impact depending on who’s running the show in Rome?

It’s also instructive to ask where all those ex-Catholics in America ended up. Roughly half became “nones,” with no religious affiliation at all, or defected to a mainline Protestant church, while the other half joined an Evangelical or Pentecostal congregation. In fact, one out of ten Evangelicals in America today is a former Catholic.

It’s hard to see a clear ideological winner there.

It’s at least worth pondering the possibility that the religious decisions people make are driven far more by personal considerations – such as the experience they’ve had of an individual Catholic parish, the people who make it up, and how welcome they felt there – than by abstract matters of church politics.

By extension, maybe it’s not as simple as implementing a series of policy changes. Maybe, if Catholicism wants people to stick around, the battle has to be fought at the retail level, in direct pastoral care and attention, and not whether popes or bishops veer to the left or the right.

Granted, the U.S. isn’t the rest of the world. However, it’s worth noting that as Catholic membership in Germany has gone down the ethos in the German hierarchy has been fairly liberal, suggesting that mere ideological realignment may not be the magic bullet there either.

Perhaps the hard truth is that politics just doesn’t drive religious choices in the linear fashion we wish it did, and if we want more people in church, we’ve got to deal with them more as human beings rather than as voters.

That may not be the answer partisans in today’s religious debates want, but it’s at least worth considering whether that’s what the data is telling us.

We will provide notice before your personal data is transferred and becomes subject to a different privacy policy. 3 de febrero de 2023. Crypto: uk finalizes regulation plans, goldman sachs in the market for bargain firms.