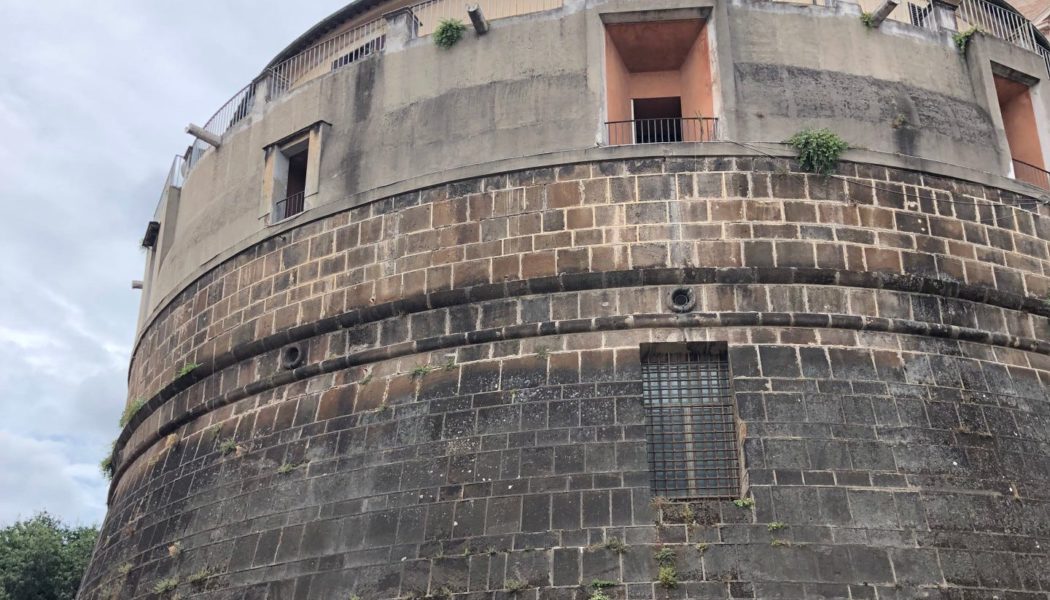 Pope Francis issued a rescript Tuesday emphasizing that all Vatican departments and institutions are required to move their investments and cash to the Institute for Works of Religion, commonly called the Vatican Bank, within the next few weeks.

At first glance, the document appeared to be little more than a “hurry up” legal memo to curial departments, giving them until the end of September to finish bringing their cash and investments back into the Vatican’s own institutions from outside banks and and accounts.

But a close read the short text points to something else. It turns out Francis’ order on Tuesday could be one of the more significant financial policy changes of his pontificate.

The rescript says that Francis is providing an “authentic interpretation” of some norms from the pope’s new apostolic constitution governing the Roman curia, Praedicate Evangelium.

But the “interpretation” actually changes part of the law completely — barely five months after Praedicate Evangelium itself was issued.

The changes appear to strip away a major area of competence from APSA, the Holy See department which acts as sovereign wealth fund, contracting body, and paymaster for the curia.

Francis has spent several years building up APSA as the central investment manager for the Vatican. But Tuesday’s reform appears to transfer management of all assets and investments, apart from the Holy See’s real estate portfolio, away from APSA and over to the IOR, which isn’t even a curial department at all, strictly speaking. And all this was done even without a singular mention of APSA in the text of the rescript itself.

Francis’ change could also have a dramatic impact on financial accountability in the Vatican, and bring nearly all curial financial affairs under international oversight.

And to accomplish that, the pope issued a “clarification” which instructed Vatican authorities to read a law to mean something totally different to what its text actually says.

Tuesday’s rescript reiterated Praedicate’s provision that all curial assets and accounts be centrally held in one institution, the IOR, and transferred in from banks in Italy and further abroad. In the context of the Francis pontificate this is not a “new” reform.

It was first proposed during the term of Cardinal Geroge Pell as head of the Secretariat for the Economy. The policy has been brought in over the last several years, first incrementally and then definitively with the promulgation of Praedicate Evangelium earlier this year.

Issues of good governance to one side, the real impetus for the centralization of accounts and assets has been the ongoing budgetary crisis at the Holy See, exacerbated during the pandemic years, and the need to bring as much liquidity as possible into Vatican financial institutions.

But a key part of the budgetary and financial centralization of the Francis reforms has been a constant tug of war for responsibility and control over Vatican assets and investments between three institutions: the Secretariat of State, APSA, and the Secretariat for the Economy.

Over the last six years, authority over different parts of the Vatican’s financial affairs has been transferred back and forth between the three institutions, often reflecting the influence and papal favor enjoyed by their leadership.

After the London property fiasco and successive scandals at the Secretariat of State, that department was shorn of its financial portfolio, and the Cardinal Secretary left off key oversight bodies, including the board of the IOR and a committee overseeing confidential sovereign Vatican financial affairs, now led by Cardinal Kevin Farrell.

Since then, the centralizing of assets and budgets has been, broadly speaking, divided between the Secretariat for the Economy and APSA, with the secretariat providing policy and oversight, and APSA acting as asset manager and investment advisor for the Holy See.

The IOR, meanwhile, functions as a commercial bank for individuals within Vatican City, for Holy See institutions, and for religious bodies in different parts of the world without access to reliable local banking services.

A key aspect of the financial reforms of Praedicate is the handing over of all asset management — real estate, cash, and other investments — of all Holy See institutions to APSA, and directing that APSA manages all of these funds and holdings using the IOR to execute its financial transactions.

But, through Tuesday’s rescript, Francis has now “interpreted” that provision of Praedicate to mean something totally different, effectively handing control of all the moveable assets and investments to the IOR.

“The execution of the financial transactions referred to [above] is carried out through the Institute for the Works of Religion,” the constitution states.

Francis’ instruction Tuesday, however, now says that this article of Praedicate “must be interpreted as meaning that the activity of asset manager and depositary of the movable assets of the Holy See and of the institutions connected with the Holy See is the exclusive competence of the Institute for Works of Religion.”

The result of the change would seem to be that Francis has gone beyond the initial reform of ordering APSA to transact its business through the IOR and effectively moved responsibility for managing the Holy See’s investment portfolio away from the department and turned it over to the Vatican City’s commercial bank.

APSA is now left in control only of the Vatican’s real estate holdings and is otherwise a client of the IOR, which has management of the Holy See’s cash and other investments.

The move is interesting on a number of levels.

In the first place, it is a remarkable use of the canonical power of a rescript issued by the pope — to instruct that a text be interpreted in a way that seems hard to reconcile with its plain meaning. The move is so remarkable, in fact, that some canonists have asked if it might be a mistake — a case of the canonical sections of the instruction being published prematurely, or absent necessary legal vetting.

But, assuming Pope Francis means what he has written, there is a more substantial assessment to be offered of the move: that the pope is casting a dramatic vote of confidence in the IOR.

While the bank has been at the center of some of the more lurid financial scandals in recent Vatican history, since 2014, it has been the subject of several financial reforming efforts, with hundreds of accounts closed and charges filed against former officials at the bank.

In January, the former president of the IOR became the first person to be handed a jail sentence by a Vatican City court for financial crimes.

And it was the leadership of the IOR which first flagged as suspicious the Secretariat of State’s London property deal, after Cardinal Parolin pressured the bank to approve a 150 million loan to finance the deal, and the sostituto Archbishop Edgar Peña Parra ordered a retaliatory investigation into the bank’s director for denying the request.

The bank is now widely held to be the most transparent and credible financial institution the Vatican has — in large part because it is subject to international standards and inspections by financial watchdogs.

Crucially, the IOR, as a commercial bank, is the only Vatican financial institution subject to the oversight of the ASIF, the Holy See’s internal financial watchdog, and to Moneyval, the Council of Europe’s anti-money laundering inspectorate.

Although Francis did not provide a rationale for his change on Tuesday, concentrating competence for managing all Holy See investments in the IOR could be aimed at enhancing oversight and regulatory compliance.

The most recent Moneyval assessments have repeatedly singled the IOR out for praise in its reforming efforts, even while warning about its wider concerns about the Vatican, including at ASIF.

During recent hearings in the ongoing Vatican financial trial, former ASIF officials told the judges that they lacked oversight authority of the internal financial affairs at the Secretariat of State and were essentially powerless to intervene in the London deal as it unfolded until the secretariat tried to involve the IOR.

Meanwhile, APSA itself has faced repeated questions about its adherence to both Vatican and international financial norms, and shifting asset management responsibility to the IOR could be, at least in part, a response to those concerns.

While APSA previously provided commercial banking services and accounts to select individuals, like cardinals and members of the papal household, the use of those accounts was linked to allegations of money laundering and other financial crimes, and ending those services was a key priority of financial reforms under Cardinal George Pell, who was appointed by Pope Francis as the first prefect of the Secretariat for the Economy in 2014.

In 2015, the ASIF, concluded that APSA was no longer an “entity that carries out financial activities on a professional basis,” and so was exempted from future ASIF and Moneyval inspections.

Nevertheless, in 2019, the head of APSA, Bishop Nunzio Gallatino acknowledged that APSA had provided a 50 million euro commercial loan to the Secretariat of State in 2014, a violation of its undertakings to ASIF and Moneyval which led to the 2015 exemption. The money went to fund a for-profit enterprise to acquire a Catholic hospital, which had collapsed under 800 million euros of debt related to money laundering, embezzlement, and fraud charges.

Cardinal Parolin later acknowledged that he had acted to secure the loan from APSA, despite a 2012 prohibition on such loans, and when the loan was not repaid, APSA had to write off 30 million euros in bad debt, wiping out its profits for 2018.

In June of this year, APSA partially financed a 100 million euro deal to rescue another scandal hit Catholic hospital in Rome, this time linked businessman Gianluigi Torzi, who is also on trial in the Vatican for extortion, committed a multi-million euro fraud against the hospital.

With the exception of APSA’s real estate management role and the work of Cardinal Kevin Farrell’s commission of reserved financial matters (state secret expenditures, essentially), Pope Francis has apparently now transferred all Holy See asset and investment management activity to the IOR — the only Vatican institution under the oversight of ASIF and Moneyval.

In doing so, the pope has effectively placed all of the ordinary financial business of the Roman curia under the scrutiny of international watchdogs.

While it is unclear if this change is intentional, or even widely understood around the curial departments now working to transfer their portfolios to the IOR, it may prove to be one of the more significant financial reforms of the Francis era.