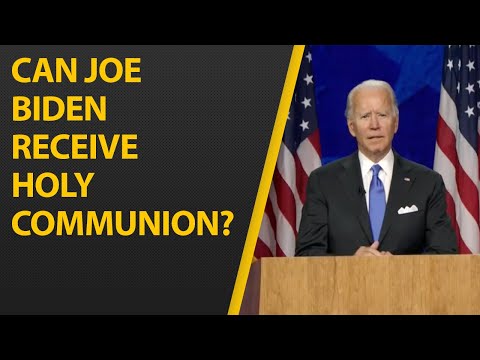 It was a great week to be a Cardinal Theodore McCarrick Catholic.

Now, before anyone gets mad, let me stress that the McCarrick mentioned during this week’s “Crossroads” podcast (click here to tune that in) was not the “Uncle Ted” McCarrick known for bunking with seminarians or the trusted priest or bishop accused of fondling teen-aged boys from families that trusted him.

No, it was Cardinal McCarrick, the consummate networker, trusted fundraiser, ecclesiastical kingmaker and media manipulator. This was the man who, as archbishop of Washington, D.C., created the so-called “McCarrick Doctrine” that protected national-level Catholic politicians whose faith was a crucial part of their lives and images, even if many ancient doctrines didn’t mesh well with their political agendas. This McCarrick also claimed — in a public speech — to have helped elect Pope Francis.

This was the McCarrick whose legacy helped shape the remarkable war inside the U.S. Conference of Catholic Bishops that jumped into clear view on Inauguration Day.

It was easy to see this coming. I wrote about it several weeks ago in this “On Religion” column: “Joe Biden and the U.S. Catholic bishops — Tensions remain about Holy Communion.” And Catholic-press veteran J.D. Flynn clearly knew something big was coming when, a day before the Biden inauguration, he wrote an analysis — “Biden and the bishops. This probably will not go well” — for his new (and essential) website called The Pillar. Check out this lede:

Shortly after President Joe Biden begins his term of office, the U.S. bishops will be derided as culture warriors and abortion obsessives, unwilling to find common ground with the administration of the second Catholic U.S. president.

Sure enough, the elected leader of America’s Catholic bishops issued a letter (hold that thought) criticizing Biden’s actions supporting abortion rights, while hinting at clashes over religious liberty (Hello, Little Sisters of the Poor) and church doctrines on marriage and sex.

This drew an angry social-media response from Catholic progressives — including key men wearing red hats. Their outcry led to this headline in The Washington Post: “As Biden is sworn in, president of U.S. bishops assails him over abortion.”

In a bombshell report, The Pillar noted that the Vatican tried to ban the distribution of the USCCB statement by Gomez — at least until team Pope Francis could release a more politically nuanced letter. That headline: “Vatican intervened to spike US bishops’ Biden statement release.”

But back to the Post. The overture for that report says exactly what one would expect it to say:

Joe Biden, the second-ever Catholic U.S. president, was greeted on his Inauguration Day with contrasting messages from his church: A warm blessing from Pope Francis — and a statement by the president of the U.S. Conference of Catholic Bishops saying that Biden “will advance moral evils,” including contraception, abortion and same-sex marriage.

The statement by Los Angeles Archbishop José Gomez immediately set off a debate among the dozens of U.S. bishops, who, like U.S. Catholics, are bitterly divided on the direction of their extensive denomination and its entanglement with partisan politics. Those divisions are coming to a head in the figure of Biden, who makes it clear with his weekly churchgoing, his frequent references to Catholic teachings and culture, and his use of Catholic symbols that he will not accept the view of conservative Catholics that he is not part of the church.

In the Post piece (and in similar coverage at Religion News Service), the key figures are Cardinal Blase J. Cupich of Chicago and San Diego Bishop Robert W. McElroy. They are described as allies of Francis, as opposed to supporters of a doctrinal approach — when facing clashes between doctrine and the actions of Catholics in politics — directly linked to McCarrick moves to protect an earlier Democrat seeking the White House, Sen. John Kerry in 2004.

Another key player in this dispute is Cardinal Joseph W. Tobin of Newark, New Jersey. He is the current occupant of an earlier McCarrick throne.

Three different bishops speaking on background to CNA said Cupich wanted a more supportive, clearly pro-Biden statement, and that he spent most of Wednesday trying to get the support of other bishops to come up with an alternative statement. https://t.co/e8N5w7jtAy

Three different bishops speaking on background to CNA said Cupich wanted a more supportive, clearly pro-Biden statement, and that he spent most of Wednesday trying to get the support of other bishops to come up with an alternative statement. https://t.co/e8N5w7jtAy

I have not been able to find any mainstream coverage that mentions McCarrick and his strategic role (or is that “roles,” plural) in the history of this USCCB warfare.

Meanwhile, here is another question that reporters may want to ask: If Los Angeles, in terms of church members, is America’s largest Catholic diocese (and the home of earlier cardinals) and this land’s Catholic future is directly linked to Hispanic believers, why isn’t Gomez a cardinal? For Pope Francis, why has Tobin of Newark received a red hat and not Gomez of Los Angeles? McCarrick would know, if he was able to answer questions these days.

For the Post, the key to all of this is:

Like Biden, Francis focuses on Catholicism’s broad call for the disenfranchised and suffering, and less on Catholic doctrine about topics such as abortion, gender identity and sexuality. Biden’s Catholic image has angered many U.S. bishops, who last year created a special committee in response to the reality of a Catholic U.S. president who supports abortion rights and same-sex marriage.

It’s important to know that Catholic teachings on poverty, racism, immigration and several other topics are rooted in the church’s iron-clad stance on the sanctity of human life, from conception to natural death.

This is a point that Pope Francis has made many, many times in speeches, as well as official documents and letters to his flock. But, in his Inauguration Day missive, the pope simply said:

At a time when the grave crises facing our human family call for farsighted and united responses, I pray that your decisions will be guided by a concern for building a society marked by authentic justice and freedom, together with unfailing respect for the rights and dignity of every person, especially the poor, the vulnerable and those who have no voice.

Meanwhile, contrast that with a crucial — and complex — chunk of the Gomez letter, written as USCCB president. Note that Gomez links teachings on abortion to several causes that, in terms of American political jargon, are usually called “liberal.”

This is long, but essential to understanding the current conflict:

Working with President Biden will be unique, however, as he is our first president in 60 years to profess the Catholic faith. In a time of growing and aggressive secularism in American culture, when religious believers face many challenges, it will be refreshing to engage with a President who clearly understands, in a deep and personal way, the importance of religious faith and institutions. Mr. Biden’s piety and personal story, his moving witness to how his faith has brought him solace in times of darkness and tragedy, his longstanding commitment to the Gospel’s priority for the poor — all of this I find hopeful and inspiring.

At the same time, as pastors, the nation’s bishops are given the duty of proclaiming the Gospel in all its truth and power, in season and out of season, even when that teaching is inconvenient or when the Gospel’s truths run contrary to the directions of the wider society and culture. So, I must point out that our new President has pledged to pursue certain policies that would advance moral evils and threaten human life and dignity, most seriously in the areas of abortion, contraception, marriage, and gender. Of deep concern is the liberty of the Church and the freedom of believers to live according to their consciences.

Our commitments on issues of human sexuality and the family, as with our commitments in every other area — such as abolishing the death penalty or seeking a health care system and economy that truly serves the human person — are guided by Christ’s great commandment to love and to stand in solidarity with our brothers and sisters, especially the most vulnerable.

For the nation’s bishops, the continued injustice of abortion remains the “preeminent priority.” Preeminent does not mean “only.” We have deep concerns about many threats to human life and dignity in our society. But as Pope Francis teaches, we cannot stay silent when nearly a million unborn lives are being cast aside in our country year after year through abortion.

In conclusion, let me briefly mention a topic I have written about before — the origin of the “McCarrick doctrine” on abortion (and other topics), Catholic politicians and Holy Communion.

The quickest way to do this is to flash back to my recent “On Religion” column on the subject:

The debate centers, in part, on a Catholic Catechism statement: “Formal cooperation in an abortion constitutes a grave offense.”

“Grave” is a crucial term, since Catholic Canon Law states that those who are “obstinately persevering in manifest grave sin are not to be admitted to holy communion.”

The current standoff has lingered since 2004, when Democrats nominated Sen. John Kerry, a Catholic liberal, for president. A committee of American bishops petitioned the Vatican for advice on the communion issue.

This is where McCarrick enters the picture, along with a conservative cardinal who would soon become pope.

The committee’s leader was Theodore McCarrick, the archbishop of Washington, D.C. … Cardinal Joseph Ratzinger sent McCarrick letter that was, at first, private. In it, the man who is now Pope Benedict XVI argued that if prominent supporters of abortion continue to present themselves for communion — against the advice of their local bishops — the “minister of Holy Communion must refuse to distribute it.”

McCarrick claimed — without releasing the text — that this letter endorsed compromise. McCarrick also said he believed it would be wrong to “turn the Eucharist into a perceived source of political combat.”

The full text of the private Ratzinger letter was eventually published — which made it clear what McCarrick had done to protect Kerry and other Catholic politicos of that tribe.

That McCarrick gambit created a bitter standoff that lingers to this day in America and perhaps in Rome.

Is that conflict part of the ongoing story of Biden, Pope Francis, Gomez and the disciples of McCarrick? If that is true, why aren’t journalists mentioning McCarrick as part of the current drama?

Enjoy the podcast, and please pass it along to others. Even better, subscribe via Apple Podcasts.