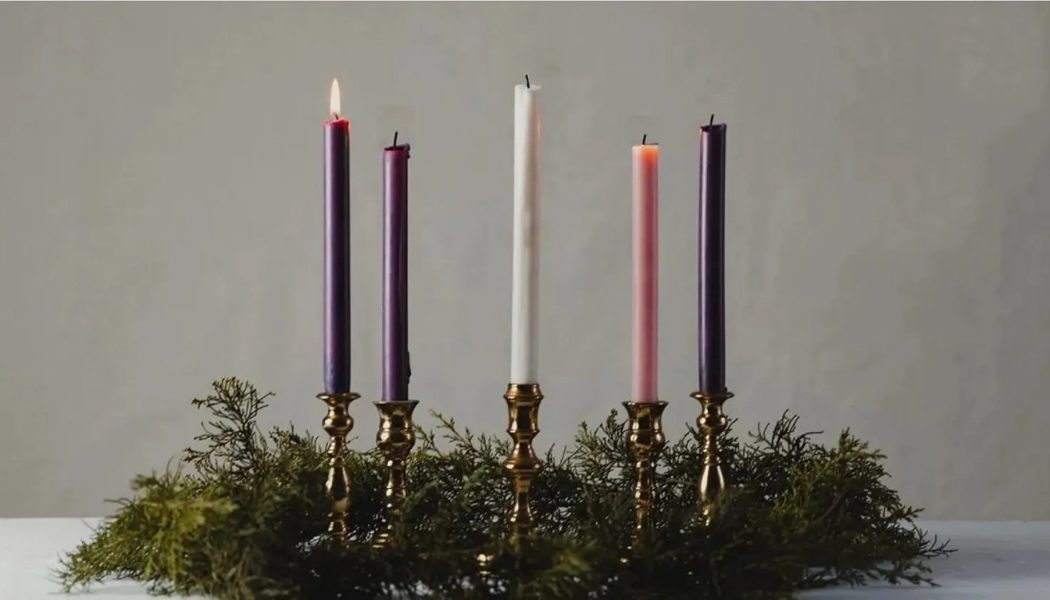 That’s the question the Church puts to us in the First Sunday of Advent, Year A, because, before we can look forward to the arrival of the Baby Jesus, we need to wake up to the Second Coming of Jesus the Judge.

We are living in the time of Noah right now, says Jesus.

It helps to imagine sitting there with his apostles on the Mount of Olives as he says this. His disciples can’t help but see his intensity and passion when he says, “As it was in the days of Noah, so it will be at the coming of the Son of Man.” He describes people eating, drinking and marrying – in other words, say St. John Chrysostom, indulging in “gluttony, partying and drunkenness,” all the while with a false sense of security.

You can tell he means it if you look him in the eyes as he says it. And what is the difference between those who are saved and those who are lost?

St. Paul describes it in his Letter to the Romans, the Second Reading. “Let us conduct ourselves becomingly as in the day, not in reveling and drunkenness, not in debauchery and licentiousness, not in quarreling and jealousy,” he says.

Those who will be lost give themselves over to the superficial party atmosphere of this, our exile in a world gone wrong; they are too willing to enjoy base pleasures, and they are too eager to be negative and divisive. Meanwhile, those who will be saved live “as in the day” of their homeland and make “no provision for the desires of the flesh.” They say the prayer with their actions, and not just their words: “Thy Kingdom come, thy will be done, on earth as it is in heaven.”

Whichever group we are in, Jesus wants us to understand: Danger is on its way, and we need to be alert.

If you knew when the thief was going to come, you would be ready. Jesus will come like that, he says. “Therefore, stay awake! For you do not know on which day your Lord will come.”

St. Paul puts it slightly differently: “You know the time; it is the hour now for you to awake from sleep,” he tells the Romans in Sunday’s Second Reading. “For our salvation is nearer now than when we first believed; the night is advanced, the day is at hand. Let us then throw off the works of darkness and put on the armor of light.”

Jesus says to be ready because you don’t know when he will come. St. Paul says to be ready because you can deduce that he’s coming soon. The Catechism combines the two attitudes nicely this way: “Since the Ascension, Christ’s coming in glory has been imminent, even though ‘it is not for you to know times or seasons which the Father has fixed by his own authority.’ This eschatological [Second] coming could be accomplished at any moment, even if both it and the final trial that will precede it are ‘delayed.’”

So that’s what Jesus is saying. He could be here any minute. Be ready.

But Jesus isn’t looking at you in the eye right now. You aren’t hearing this from his lips. Will you believe it anyway?

Ultimately, in Noah’s time, people had to decide: Will a huge flood deluge us? Is God really going to put his foot down finally? Is he going to smite the wicked and save the faithful?

In our time, we have to test the same belief: Is a final reckoning coming? Are Christ’s words here just a colorful flourish, or is he describing something real that could happen at any moment? Will Jesus Christ truly come again and smite the wicked and save the faithful?

I, for one, believe it. There is truth in everything else he said, I figure, and I think I finally see how a Second Coming fits into Salvation History.

God is a majestic sovereign with no emotional need to be loved or followed or honored. But God is also love, not emotional love but real love, endlessly willing what is best for his people.

When his angels rejected God in eternity, where there is no future and no past, there was nothing he could do. They were free to go. But when we walked away from him in Eden, God could do nothing but love, and build a way to bring us back.

Noah’s Ark was one reconstruction of Eden: A place of harmony between man, creation and God. Other such places appear throughout Salvation history: Mountaintops, like Moses on Mount Sinai communing with the cloud of God’s presence; the Temple, where the presence of the Lord descends to be with his people; and the Holy City Jerusalem which will be remade as our heavenly city.

But he planned one final and forever meeting place to live with us: He would join his people and woo us back by walking among us once again.

Sunday’s Mass mentions all of these.

The Gospel speaks of Noah, and in the First Reading Isaiah speaks of the mountaintop experience we are all headed toward, when God will come to us and we will “climb the Lord’s mountain, to the house of the God of Jacob, that he may instruct us in his paths.” In the time to come his faithful, home at last, will “beat their swords into plowshares” and “walk in the light of the Lord.”

In the Psalm, we “go up to the house of the Lord” and “set foot within your gates, O Jerusalem,” the eternal holy homeland where we will all live in harmony with the Lord.

But, unfortunately, not all of us will be there. God is love, and love gives freedom to the beloved. We long for God, but reality is his, not ours. If we live in revelry and self-seeking, we won’t be able to stand in his sovereign presence.

I think Bob Dylan gets this right in his song “When He Returns,” when he describes a God who owes the world nothing and whose sovereign power will have to be acknowledged sooner or later when, “The strongest wall will crumble and fall to a mighty God.” He sings:

“Of every earthly plan that be known to man / He is unconcerned / He’s got plans of His own to set up His throne. / When he returns. / … Like a thief in the night, / He’ll replace wrong with right. / When He returns.”

Advent is a time to make sure we are on the right side of the divide when this happens.

What are we waiting for? Baby Jesus is coming at Christmas, but Jesus the judge will come for many of us before that and he may come for all of us in his Second Coming before Advent is over.

When he does come he will look us each in the eye, and see into our souls. He made us; he loves us; he wants us with him; but our freedom, and our future, are in our own hands.

Alan here, your hosting expert with a review of a web hosting company called scalahosting. Value. There are so many different tools out there for agents to use and some of them are free.