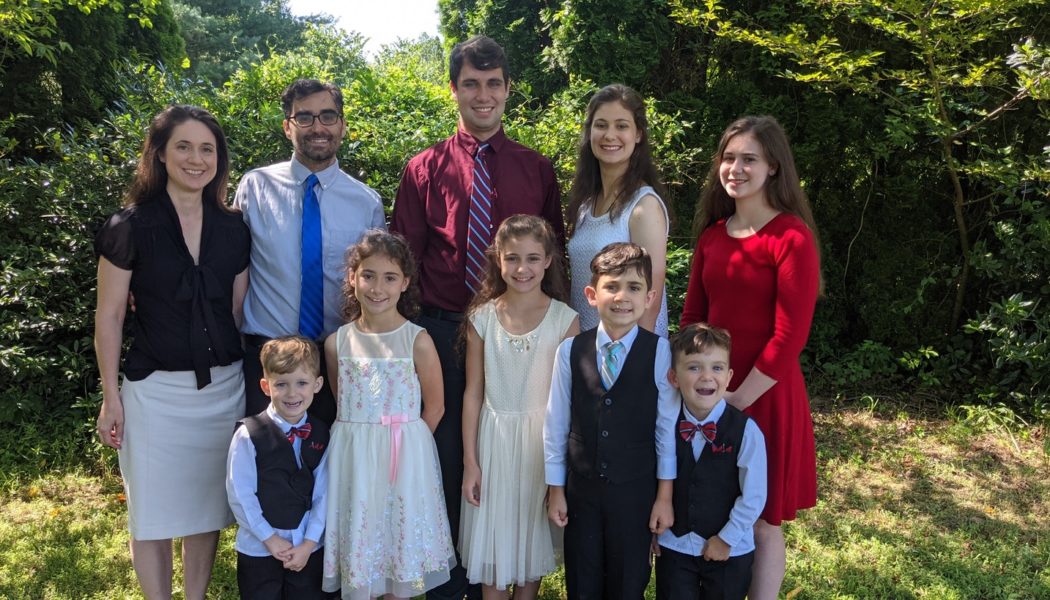 Recently, I had a conversation with the mother of several young children. She relayed that she was hesitant to visit some of her extended family because of the negative opinions that are sometimes offered to her about her decision to have “so many” children. “I just don’t like being judged,” she said. I knew exactly what she meant, but I wanted to let her in on the secret to these judgements that I discovered for myself. So I told her, “They aren’t judging you; they’re judging themselves.”

I remember many of the interactions I’ve had with strangers or acquaintances over the years.

My reply was almost always the same, “We’ll see how many God decides to bless us with.”

And then a funny thing would happen. This person who I had just met, or that I knew just slightly through a work contract would inevitably say something like, “My wife and I decided we’d stop after just the one.” Or, “I had a vasectomy after we had two.” That is some deeply personal information to share with someone you barely know. At first, I couldn’t understand why these people kept sharing their family planning practices and procedures with me. It was the next thing that they invariably said to me that gave me the clue, “That was as many as we could handle.”

I realized the way they said it, was less of a statement, and almost more of a question to me. “Don’t you think that was as many as we could handle?”

Now, don’t misconstrue my point here. Families really do come in all shapes and sizes, and it is absolutely true that for some families, one or two children really are all that they can handle. This may be due to grave health or financial reasons, etc. However, these reasons are generally outliers.

The primary reason in our society why the birth rate is 1.7 children in the United States and 1.4 children in Canada is because society at large has succeeded in selling the lie that the primary goods are those which can be bought or sold. One’s career and earning potential is venerated above all other activity because it enables us to purchase and offer the latest “must have” product upon the altar of consumerism. Motherhood and fatherhood is spoken of—if it is at all—primarily to remind us how it can be avoided. Society tells mothers and fathers, “You shouldn’t have any more children, they’ll stop you from buying everything we have to offer you. Besides, not only shouldn’t you have any more, you can’t have any more. You can’t handle more than one or two!”

“Don’t you think that was as many as we could handle?”

That’s what they were saying. Sometimes, I would notice a picture of their child on their desk. Never a car. Never a TV. Never a new iPhone. They wanted to be reminded of what gave them the most joy.

“Don’t you think that was as many as we could handle?”

They needed someone to tell them that they did the right thing, because deep within them, they were always uncomfortable with the lie. They remembered the joy of holding their child, hearing them speak their first words, and even now the joy and love they felt for their child. They liked their jobs, their cars, their TVs, but they loved their child. Feeling all that, they were then told, “You don’t want that again do you?” Their natural instinct was to say, “More joy? More love? Of course I do!”

“You can’t handle more than one or two.”

They didn’t know any one else that had more than one or two children. So, they succumbed to the lie. And now, more than anything, they wanted someone to tell them they made the right decision, with the faces of children they would never know flashing before their eyes.

No, even when these people say things like, “You know how that happens right?” there’s a judgement being passed, but it isn’t on you—it’s on them. And it’s a terrible one. They will see you piling into your 12 passenger van, imagining the chaotic scene that must be your home, and then somberly drive back to their own, now-empty, home and wonder “what if…”

Pope Pius XII once wrote “…where the number of children is not much more than one, that serene intimacy that gives value to life has a touch of melancholy or of pallor about it; it does not last as long, it may be more uncertain, it is often clouded by secret fears and remorse. It is very different from the serenity of spirit to be found in parents who are surrounded by a rich abundance of young lives. The joy that comes from the plentiful blessings of God breaks out in a thousand different ways and there is no fear that it will end. The brows of these fathers and mothers may be burdened with cares, but there is never a trace of that inner shadow that betrays anxiety of conscience or fear of an irreparable return to loneliness. Their youth never seems to fade away, as long as the sweet fragrance of a crib remains in the home, as long as the walls of the house echo to the silvery voices of children and grandchildren.”

When we hear these judgements from others then, my advice is two-fold.

First, to be moved with pity for these souls. In a very real sense, they are mourning their own children. Don’t be tempted to respond in kind to their words. Instead, simply affirm the goodness of life, and the goodness of children. I look to my own wife as a pre-eminent example of this kind of charity. Strangers have remarked to her, motioning to our children, “Well, that looks like a lot of hard work.” She simply smiles and replies, “Yes, but it’s a lot of fun. And sometimes it is hard. But that’s what make it great.”

Second, instead of hearing these words negatively, we ought to hear them as someone affirming, albeit unwittingly, the great blessings that God has bestowed on us. Thank God that you were given the grace to withstand the lie told by the world. And thank God for each and every blessing that you were given to hold in your arms. For, I think there is a judgement by the stranger, the co-worker, or the family member. Only, it’s not spoken in words, but from the depths of their souls, “There goes one of the luckiest people I’ve ever met.”