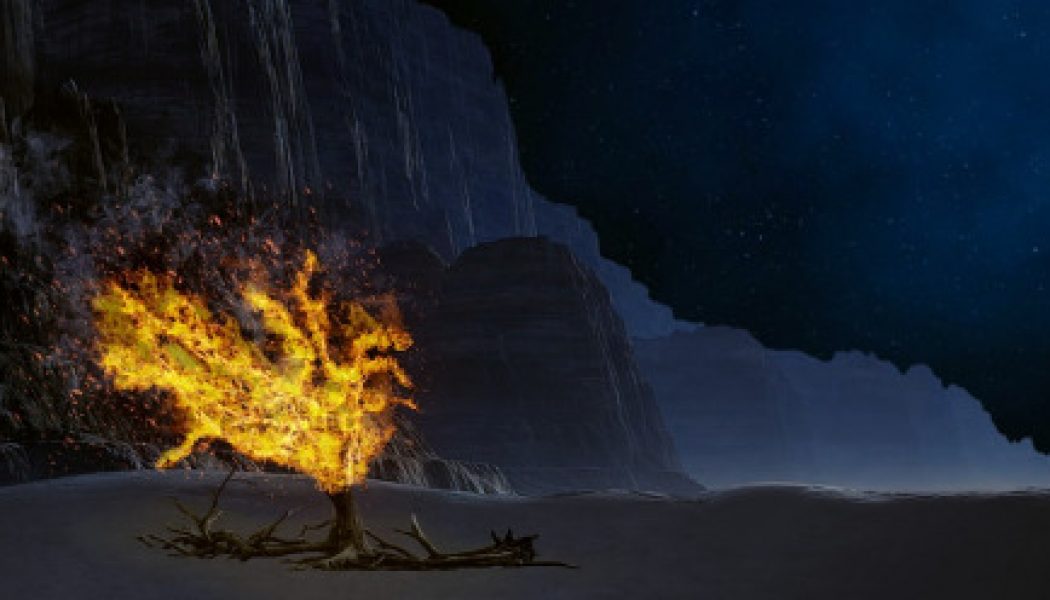 Andrew found his brother Simon and told him, “We have found the Messiah! (We have found the Christ!)” Then he brought him to Jesus. Jesus looked at him and said, “You are Simon the son of John; you will be called Cephas” — which is translated Peter.

It is a very significant thing when God changes someone’s name. This only happened four times in Bible history. First, God renamed Abram, Abraham (meaning “the Father of Multitudes”) and renamed his wife Sarai, Sarah (or “Princess”). Later, God renamed their grandson Jacob, Israel (or “He who wrestles with God”). From him, God’s first adopted people would receive their name. And finally, Jesus changes Simon’s name. His name becomes Cephas in Aramaic, Petros in Greek, which both mean “Rock” or “Stone.” Jesus says, “You are Peter, and upon this rock I will build my church, and the gates of Hell shall not prevail against it.”

All four of these extremely important figures in salvation history received a name from God reflecting their true identity in his plan. Abraham would go on to have a multitude of descendants, many by blood and many more by faith, while St. Peter would go on to be a stable rock for Christ’s Church as her first pope. The names God chooses are revelatory. And this is true for God’s own names and titles as well.

When God revealed himself to Moses through the burning bush and commanded him to be a messenger to his people, Moses said to God, “if I go to the Israelites and say to them, ‘The God of your ancestors has sent me to you,’ and they ask me, ‘What is his name?’ what do I tell them?” In those days the early Israelites, surrounded as they were by polytheistic cultures, did not realize that there was only just one God. So if Moses were to come to the Israelites saying God had sent him, they might reply “which one?” When asked for his name, God replies to Moses: “I AM WHO AM. This is what you will tell the Israelites: I AM has sent me to you.” In Hebrew, these words “I AM” are pronounced “Yahweh,” which some have mispronounced as “Jehovah”.

What is revealed in this name, “I am who am”? Firstly, that God is personal. God is a Who, rather than a what. Secondly, unlike the false gods of the pagans, this God is real. Unlike those so-called gods, ‘I AM, so I have the power to save you.’ Thirdly, God is not merely another being that exists in the world, but the foundation of all existence. “I am who AM.” To exist is of God’s very essence. Fourth and finally, that God is mysterious. To say “I am who am” is something of a refusal to provide a name. ‘Who am I? I am who I am.‘ God’s perfect, infinite essence surpasses man’s imperfect and limited labels and concepts.

God provides other true titles for himself in the Sacred Scriptures he inspired: He is Lord. He is Most-High. He is Almighty. I AM who heals. I AM who sanctifies. I AM who will provide. I AM who is there. Our banner, our shepherd, our righteousness, our peace. And ultimately, God reveals himself through his Incarnate Word, Jesus, whose name means: “Yahweh is salvation” or “Yahweh saves.”

What is the significance of sharing one’s name with another? To reveal your name to others allows them to know you better, it opens up a more personal relationship than one has with a stranger. Sharing your name permits others to honor your name or to defame it, and it allows them to call upon you.

In today’s first reading, the Lord repeatedly calls by name the young Samuel sleeping in the temple: “Samuel, Samuel!” When Samuel keeps running to his foster-father, the High Priest Eli, saying, “Here I am. You called me,” Eli realizes that the Lord is calling the boy. So Eli tells Samuel, “Go to sleep, and if you are called, reply, ‘Speak, Lord, for your servant is listening.’” When Samuel goes back to bed, the Lord comes and reveals his presence, calling out as before, and Samuel answers, “Speak, for your servant is listening.” This response led to a deeper relationship for Samuel with the Lord, and Samuel went on to become one of God’s great prophets.

God has revealed his name, his very self, to you. You know his name, you know him, and he calls you. The Lord declares through the Prophet Isaiah, “Fear not, for I have redeemed you; I have called you by name, you are mine.” Will you answer the Lord’s next calling for you; to prayer, to service, to sacrifice, to love? This week, when he calls you, even in the quiet of your conscience, answer him: “Speak, Lord, for your servant is listening. Here am I, Lord; I come to do your will.”

This entry was posted on January 16, 2021 at 6:41 pm and is filed under Abraham, Exodus, Holy Trinity, Homily, Jacob, Moses, O.T. Figures, Salvation History, St. Peter, Sunday Homilies. You can follow any responses to this entry through the RSS 2.0 feed. You can leave a response, or trackback from your own site.