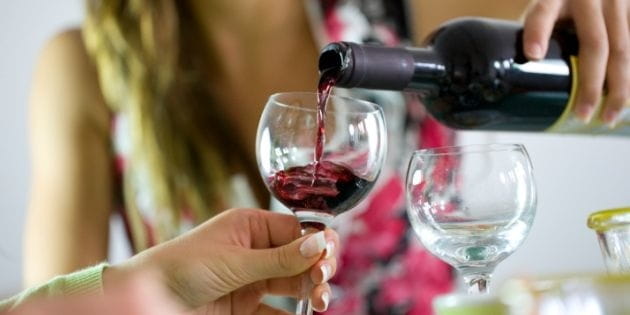 “Don’t drink, don’t chew, don’t go with girls that do.” It may be bad poetry, but at least it has the virtue of being clear. And fifty years ago, many American Evangelicals would have agreed that alcohol consumption was a sure sign of worldliness, if not a lack of genuine faith altogether.

But times have changed, as a recent CT article shows, citing Moody Bible Institute lifting its ban on alcohol and tobacco use for full time employees. This change is part of a larger shift in how Evangelicals think about cultural activities once deemed questionable. Consider, for example Brett McCracken’s recent book Gray Matters: Navigating the Space between Legalism and Liberty, which discusses Christian consumption of food, music, movies, and alcohol.[1]

Emotions run high on this issue. This is understandable considering the destruction and heartbreak many have experienced because of alcohol addiction and abuse. No thoughtful person would advocate that all Christians should drink, but some believe total abstention is the only reasonable Christian position.

As with all matters of Christian living, the foremost question is, “What does the Bible teach?”

Is alcohol a curse or a blessing? Scripture certainly speaks negatively about alcohol.

·         Drunkenness is condemned in multiple passages, such as Ephesians 5:18: “And do not get drunk with wine, for that is debauchery, but be filled with the Spirit.”

·         The language of 1 Corinthians 6:10 is even stronger, warning that drunkards “will not inherit the kingdom of God.”

·         And the book of Proverbs, full of warnings against drunkenness, especially warns against the disorienting, addictive, and destructive consequences for those who “tarry long over wine”:

Who has woe? Who has sorrow? Who has strife? Who has complaining? Who has wounds without cause? Who has redness of eyes? Those who tarry long over wine; those who go to try mixed wine. Do not look at wine when it is red, when it sparkles in the cup and goes down smoothly. In the end it bites like a serpent and stings like an adder. Your eyes will see strange things, and your heart utter perverse things. You will be like one who lies down in the midst of the sea, like one who lies on the top of a mast. “They struck me,” you will say, “but I was not hurt; they beat me, but I did not feel it. When shall I awake? I must have another drink.” (Proverbs 23:29-35)

To top it off, the Old Testament prophets frequently use drunkenness as a metaphor for God’s judgment and curse on sinful human societies. (See Jeremiah 13:13-14 and Ezekiel 23:38-33.)

But alongside these negative passages, Scripture also says that wine is a gift from God. For example, the Psalmist praised God for the gifts of wine, oil, and bread in Psalm 104:14-15:

You cause the grass to grow for the livestock and plants for man to cultivate, that he may bring forth food from the earth and wine to gladden the heart of man, oil to make his face shine and bread to strengthen man’s heart.

·         Many passages anticipate a great eschatological feast at the end of time when the nations will gather to enjoy “a feast of rich food, a feast of well-aged wine” prepared for God’s people by the Lord himself (Isaiah 25:6-9; Amos 9:13-15).

A close look at the relevant passages show that Scripture condemns not the use but the abuse of alcohol.

This is the same perspective we’re given regarding food and sex. Eating food is not a sin, but its abuse through gluttony is. Sex is a good gift from the Lord when enjoyed in the context of the loving covenant relationship of marriage. But Scripture condemns the misuse of sex in extramarital relationships.

The same can be said of alcohol: alcohol itself is not a sinful substance, but the abuse or misuse of alcohol is both sinful and destructive.

It seems clear that the moderate consumption of alcohol is a matter of Christian liberty. So, should a Christian be willing to forego the exercise of this freedom for the sake of others? Absolutely. Paul makes this clear in Romans 14.

Paul doesn’t say a believer can enjoy liberty only if everyone else agrees with him. Nor does he advocate laying down all liberties on all occasions. But when a believer with a “strong” conscience is in the presence of a believer with a “weak” conscience, he or she should not participate in anything that tempts the weaker believer to sin. There must be love for and sensitivity to others in this issue.

Brian G. Hedges is the lead pastor for Fulkerson Park Baptist Church and the author of Christ Formed in You: The Power of the Gospel for Personal Change and Licensed to Kill: A Field Manual for Mortifying Sin. Brian and his wife Holly have four children and live in South Bend, Indiana. Brian also blogs at www.brianghedges.comand you can follow him on Twitter @brianghedges.

[1]This book is helpful in many ways, not least of which is his survey of the history on each of these issues. See, for example, Christians and Alcohol: A Timeline, excerpted from his book.

[2]Some would argue that the different words for wine in the original languages prove that the positive references are to new, unfermented wine, with the negative passages targeting all intoxicating beverages.

With the Old Testament, contrasts are made between the Hebrew words tirosh (often translated “new wine”), yayin (“wine”), and shekar (“strong drink”), while a similar contrast is made between the words oinos (“wine”) and gluekos (“new wine”) in the New Testament.

But these distinctions don’t hold up under attentive exegesis. Gluekos only appears once in the New Testament (Acts 2:13) and even then the context shows that it could intoxicate. Tirosh (“new wine”)clearly has intoxicating effects in Hosea 4:11, though considered a blessing from God in Deuteronomy 7:13and many other passages.

Even shekar (“strong drink,” translated “beer” in the HCSB) is allowed in Deuteronomy 14:24-26: “And if the way is too long for you, so that you are not able to carry the tithe, when the LORD your God blesses you, because the place is too far from you, which the LORD your God chooses, to set his name there, then you shall turn it into money . . . and spend the money for whatever you desire–oxen or sheep or wine or strong drink, whatever your appetite craves. And you shall eat there before the LORD your God and rejoice, you and your household.”