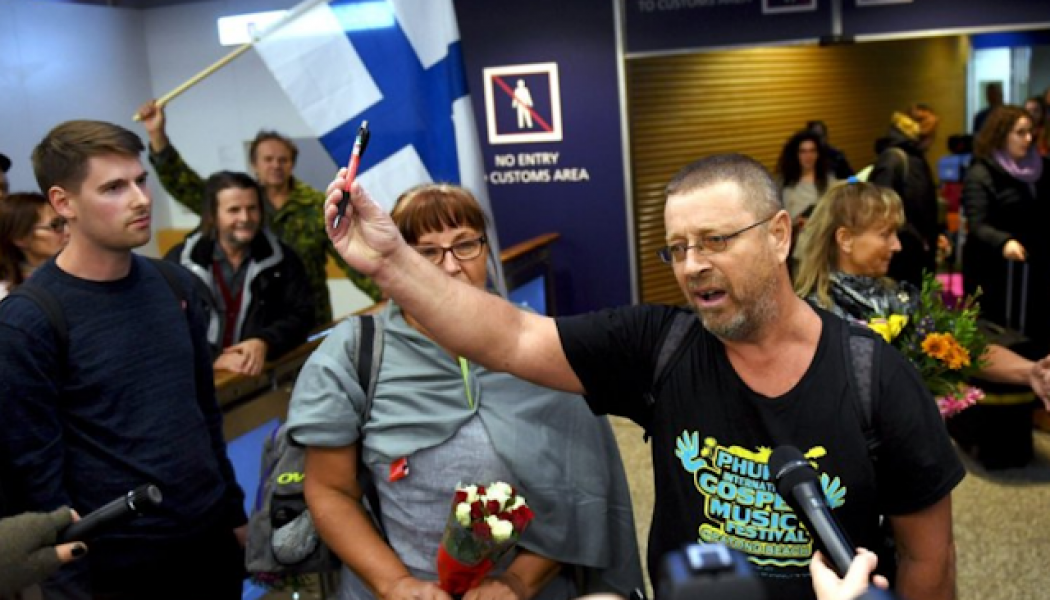 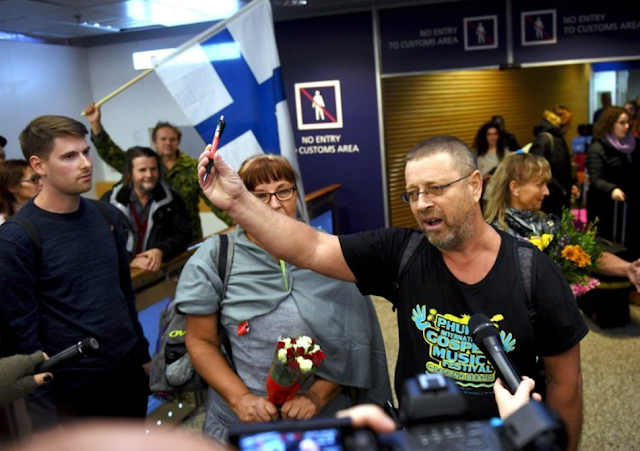 COPENHAGEN, Denmark (AP) — Four Finnish tourists who were arrested in Malaysia last week for distributing Christian materials in public places on a resort island returned to Finland on Wednesday according to AP News

Timo Valtonen held up a pen — similar to ones inscribed with Bible verses that were seized in Malaysia — as he and three others were greeted by supporters at Helsinki’s Vanta airport.

They were detained last week in Langkawi and investigated for allegedly causing disharmony and violating their visa status. Police seized 47 pens and 336 notebooks containing Bible texts. They were deported Tuesday.

Proselytizing of Muslims by members of other religions is forbidden in Malaysia, although the reverse is allowed. Muslims, who comprise nearly two-thirds of Malaysia’s 31 million people, are also not legally permitted to change religion. 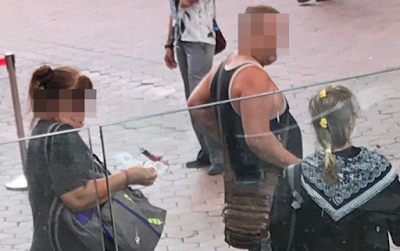 Spokesman and group leader Timo Valtonen, centre, holds up a pen as he makes a statement to the press upon his arrival, with three other Finns after being deported from Malaysia, at the airport in Vantaa, Finland, Wednesday, Nov. 28, 2018.

Four Finnish tourists who were arrested in Malaysia last week for distributing Christian materials in public places on a resort island have returned to Finland. (Antti Aimo-Koivisto/Lehtikuva via AP)

District Police Chief Mohamad Iqbal Ibrahim told the media the arrests were made following complaints by the public. Since the arrival of the Finns on 18 November at least three reports regarding their activities had been filed, he said, according to Free Malaysia Today.