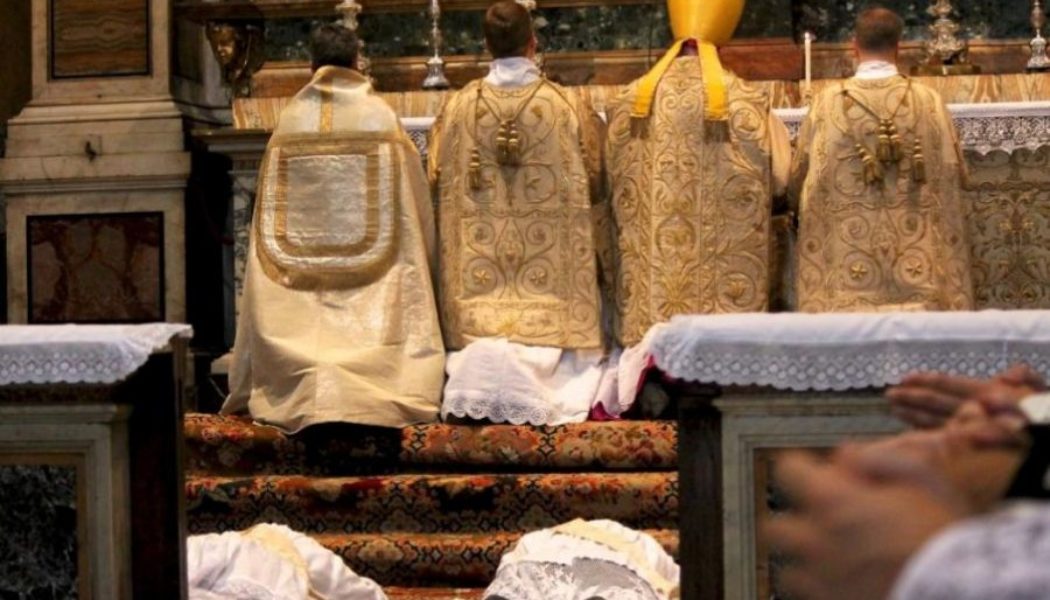 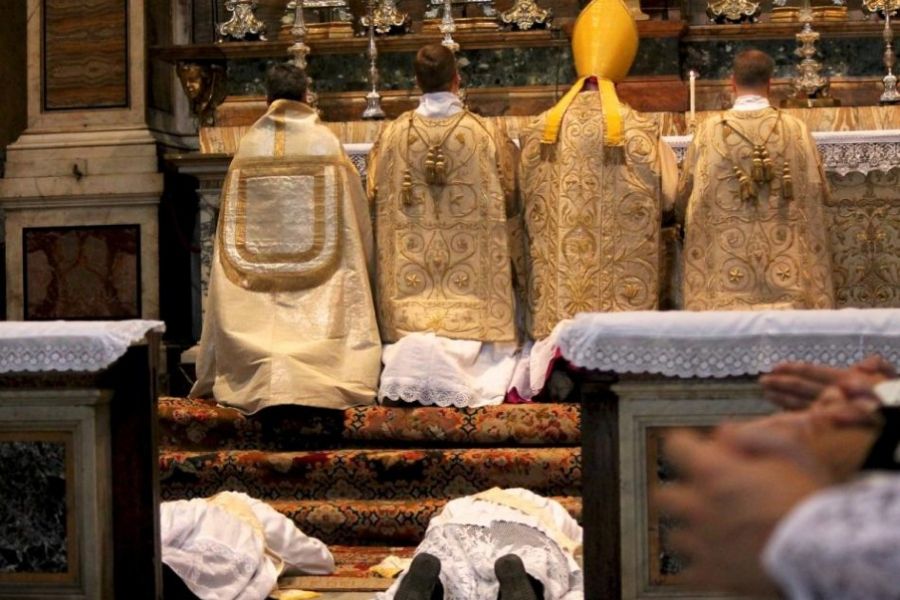 The Priestly Fraternity of St. Peter issued a statement on Tuesday reaffirming its fidelity to Pope Francis and expressing disappointment with his recent motu proprio restricting the use of traditional liturgies.

The Priestly Fraternity of St. Peter issued a statement on Tuesday reaffirming its fidelity to Pope Francis and expressing disappointment with his recent motu proprio restricting the use of traditional liturgies.

“The Priestly Fraternity of St. Peter [FSSP], whose goal is the sanctification of priests through the faithful observance of the liturgical traditions prior to the reform implemented after the Second Vatican Council, has received Pope Francis’ motu proprio Traditionis Custodes with surprise,” said the order on Tuesday.

The July 16 motu proprio, Traditionis Custodes (Guardians of the Tradition), restricts the use of the traditional Latin Mass and prohibits it from being celebrated in “parochial churches.” It states that it is each bishop’s “exclusive competence” to authorize the use of the Latin Mass in his diocese according to the 1962 Roman Missal.

In its statement issued from its headquarters in Fribourg, Switzerland, the FSSP explained that it is a canonically approved religious order and “has always professed its adherence to the entire Magisterium of the Church and its fidelity to the Roman Pontiff and the successors of the Apostles, exercising its ministry under the responsibility of the diocesan bishops.”

“Today, therefore the Fraternity of St. Peter is deeply saddened by the reasons given for limiting the use of the Missal of Pope St. John XXIII, which is at the center of its charism,” said the statement.

The order was founded by 12 priests who were formerly members of the Society of St. Pius X (SSPX), an order that is in a canonically irregular status with the Roman Catholic Church. The founder of the SSPX, Archbishop Marcel Lefebvre, was excommunicated prior to his death for consecrating four bishops without permission from the Holy See.

The FSSP constitutions reference the teachings of the Second Vatican Council, they said, and the order “has always sought to be in accord with what Pope Emeritus Benedict XVI called in 2005: ‘the hermeneutic of reform in the continuity of the Church.’”

Pope Francis explained his reasoning for the motu proprio in a letter to the world’s bishops, saying that the expansion of the Latin Mass after Summorum Pontificum did not result in a unified Church. Summorum Pontificum was Pope Benedict XVI’s 2007 apostolic letter that recognized the rights of priests to say the traditional Latin Mass and stated they did not need the permission of their local ordinary to offer it.

That 2007 document, Pope Francis said, “was exploited to widen the gaps, reinforce the divergences, and encourage disagreements that injure the Church, block her path, and expose her to the peril of division.”

On Monday, the FSSP stated that it “in no way recognizes itself in the criticisms made. It is surprising that no mention is made of the many fruits visible in the apostolates attached to the missal of St. John XXIII and the joy of the faithful in being able to benefit from this liturgical form.”

“How can we fail to notice, moreover, that the communities of the faithful attached to it are often young and flourishing, and that many Christian households, priests or religious vocations have come from it,” said the FSSP.

The FSSP said that “we wish to reaffirm our unwavering fidelity to the successor of Peter on the one hand, and on the other, our desire to remain faithful to our Constitutions and charism, continuing to serve the faithful as we have done since our foundation.”

“We hope to be able to count on the understanding of the bishops, whose authority we have always respected, and with whom we have always collaborated loyally,” said the order.

Some U.S. bishops have chosen to either restrict the Latin Mass in their diocese to parishes administered by orders like the FSSP or have granted their priests authorization to continue saying the traditional Mass.

Bishop Thomas Paprocki of Springfield, Illinois, in a decree on Monday, dispensed two parishes in his diocese from the motu proprio’s mandate that traditional Masses not be offered at parochial churches.