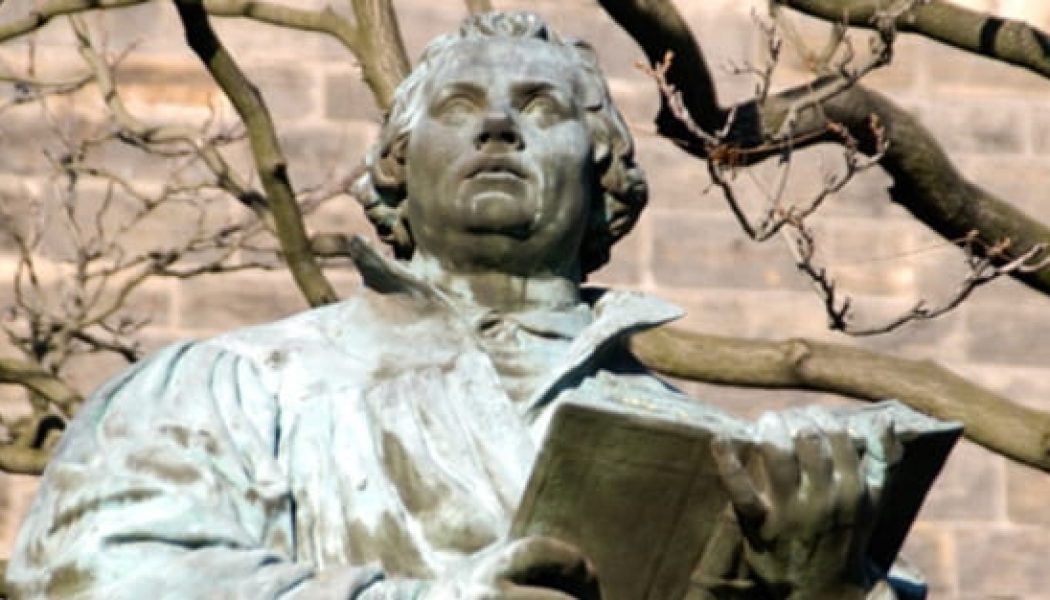 Try reading the book of Acts in the Bible and not getting excited about the growth of the early church. The disciples heard and obeyed the risen Christ when he commanded, “go into all the world and preach the gospel.” (Matthew 28:19)

Through that phenomenal growth, the Roman Catholic Church developed. It was the only official body of believers for hundreds of years until the great schism in 1054. At times there was discord among Roman Catholic leaders. But when one 16th-century priest publically disagreed with some practices, it was a turning point in church history.

In autumn,1517, the sound of a hammer was heard throughout the world and it did not come from a construction site. It originated in the heart and soul of a Roman Catholic priest who had had enough of the corruption and false teaching streaming out of Rome—Martin Luther.

Luther took a bold and dangerous step as he nailed a paper to the door of a Cathedral in Wittenberg, Germany on which he had written 95 complaints against the only Christian community of his day – his own Church. It is known as the 95 theses.

It went down in history as the beginning of the Protestant Reformation. The protests that were written that day for the public to see began the most dramatic reform within Christianity.

It did not take many days after the appearance of these complaints for discontent to grow into conflict. Some believers  wanted change and some did not.  Fearing for Martin Luther’s safety, a sympathetic friend led him into the protection of a castle .

It was there that Luther reaffirmed the strength and comfort of a mighty God. Within his temporary hiding place, the words of Psalm 46:1 came alive and vibrant for him: “God is our refuge and strength, an ever-present help in times of trouble.”

During those days of solitude, prayer and Bible study, Luther began a translation of the Scriptures into German. He firmly believed that “all people must be able to read God’s word for themselves.” It was the accepted norm of the day that the Bible, written in Latin, was only read by the priest.

Likewise, he believed that church music was for everyone to sing. “The devil who is the originator of sorrowful anxieties and restless trouble, flees before the sound of God’s music almost as much as before the Word of God,” Luther declared.

With that inspiration, he composed the hymn, “a mighty fortress is our god.” It is a bold affirmation of our powerful and loving God:

“A mighty fortress is our God. A bulwark never failing.
Our helper He amid the flood of mortal ills prevailing.
For still our ancient foe, doth seek to work us woe.
His craft and power are great,  And armed with cruel hate,
On earth is not His equal.”

Luther was armed with renewed determination that he would not recant his protests against the Catholic Church. After a struggle of several years with officials in Rome, he was excommunicated in 1520.

This was only the beginning of his continued teaching and preaching with great enthusiasm. He proclaimed the gospel of Jesus Christ to small gatherings. Soon those new fellowships of Christian believers grew. Some scoffed at them by calling them, “Lutherans.” Thus, the first denomination was named.

He died in 1546 at the age of sixty three in the town of his birth, Eisleben, Saxony, Germany. Not a perfect man, Luther was known at times to be crass, harsh, and he held to many of the prejudices that were prevalent in his day. As the saying goes: the best of men are men at best. We can all be thankful that God raises up and uses unworthy people like us to accomplish His ends.

From the writings of professor Kenneth Osbeck in 101 Hymn Stories, we read that Luthers’ famous hymn is the most powerful one of the Protestant Reformation. Osbeck writes: “It became the battle cry of the people, a great source of strength .This hymn has been translated into practically every known language and is regarded as one of the noblest and most classic examples of Christian hymnody.”

This hymn covers the full sweep of the Christian’s life. In it, we find the answer to conflict, striving, spiritual warfare, and at last, victory. The second verse describes it beautifully:

“Did we in our own strength confide, Our striving would be losing.
Were not the right Man on our side, The man of God’s own choosing.
Dost ask who that might be? Christ Jesus it is He.
Lord Sabaoth His name, From age to age the same.
And He must win the battle.”


Lucy Neeley Adams has always loved music. She began telling the story of hymns on Christian radio WWGM in Nashville, TN, in the ’80s. She then wrote a newspaper column titled “Song Stories” for five years. During that time Lucy’s book, 52 Hymn Story Devotions, was published by Abingdon Press in Nashville. Each of the 52 stories contained in the book is written in a devotional format, with the words of the hymn concluding each devotion. Visit her at www.52hymns.com.