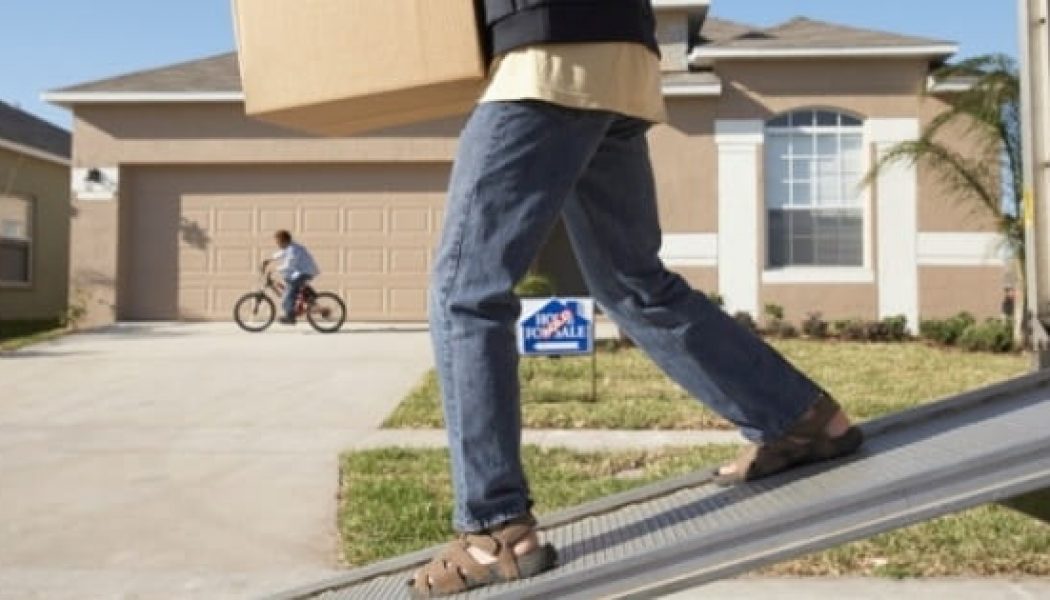 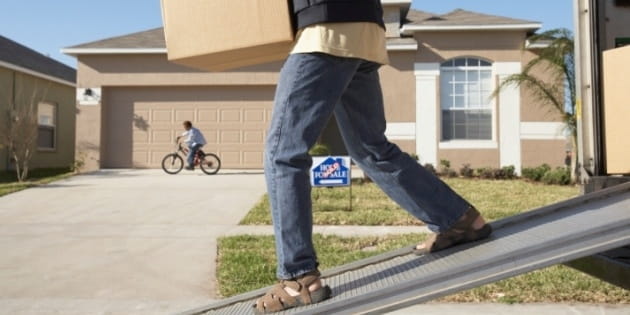 I’m in the middle of a move and, well, it isn’t the most fun I’ve ever had.

Don’t get me wrong; I’m excited about where we’re moving to. Lord willing, in a couple weeks I’ll transplant my family to England so I can do graduate work at a university I’ve long dreamed of studying at. And it’s a stunning privilege to even have the choice to move somewhere, as opposed to being forced to move by oppression or deprivation.

Still, for the moment, we’re stuck in between. We left our home in Louisville a couple weeks ago, and we’re staying with family for another couple weeks before setting out.

At this stage, then, the move has been all undoing, all negation.

We removed our home from the apartment it occupied, leaving only the faintest traces of a life. In the manner of a cleaning, we worked our way toward the door, only it wasn’t mainly dirt we were removing but everything that made the place ours. Not just furniture and clothes, but calendars, pictures, a hanging ribbon punctuated with clothes pins that held children’s art and birthday decorations. We erased the signs of our life, deleted the walls’ memories.

Our departure a few weeks ago was only that—not yet an arrival. There was no adrenaline, no heady anticipation, only the sad, steady work of removing our life from its place. Saddest among that work was saying goodbye to our church.

Uprooting a life we’ve cultivated for four years leaves me longing to be rooted again. I’m impatient to arrive at our new home and begin digging in there. But I’m also tempted to be discontent with the whole process of planting and transplanting, which we’ve repeated several times now. I want to put roots down and leave them down.

But who knows where the Lord will send me and my family, and for how long. I’d love to settle somewhere and pastor the same congregation for decades, but I can’t be sure the Lord will grant that desire.

Maybe I’ll put down the kind of roots I want to, maybe I won’t. But this longing for a lasting home will never fully be satisfied in this life. Houses flood. Places change. People leave. Some homes last longer than others, but time and chance corrode them all.

The epistle to the Hebrews tells us that the patriarchs of Israel longed to put down roots: “For people who speak thus make it clear that they are seeking a homeland” (Heb. 11:14). Abraham wanted a better home, so he patiently endured without one: “By faith he went to live in the land of promise, as in a foreign land, living in tents with Isaac and Jacob, heirs with him of the same promise. For he was looking forward to the city that has foundations, whose designer and builder is God” (Heb. 11:9–10).

To find the home they wanted, Abraham and his heirs had to look forward, not back: “If they had been thinking of that land from which they had gone out, they would have had opportunity to return” (Heb. 11:15). They knew that what they were going to get far surpassed what they gave up: “But as it is, they desire a better country, that is, a heavenly one. Therefore God is not ashamed to be called their God, for he has prepared for them a city” (Heb. 11:16).

God himself has promised and prepared a perfect, permanent home for us. So whether you’re farming the land you were born on or moving every two years in the military, set your heart on that home, the coming new creation. One day soon God will plant his people there, and what he plants, none can uproot.

Bobby Jamieson is currently assistant editor for 9Marks, and is about to begin a PhD in New Testament at the University of Cambridge. He is the author of Sound Doctrine: How a Church Grows in the Love and Holiness of God (Crossway, 2013). You can follow him on Twitter @bobby_jamieson.