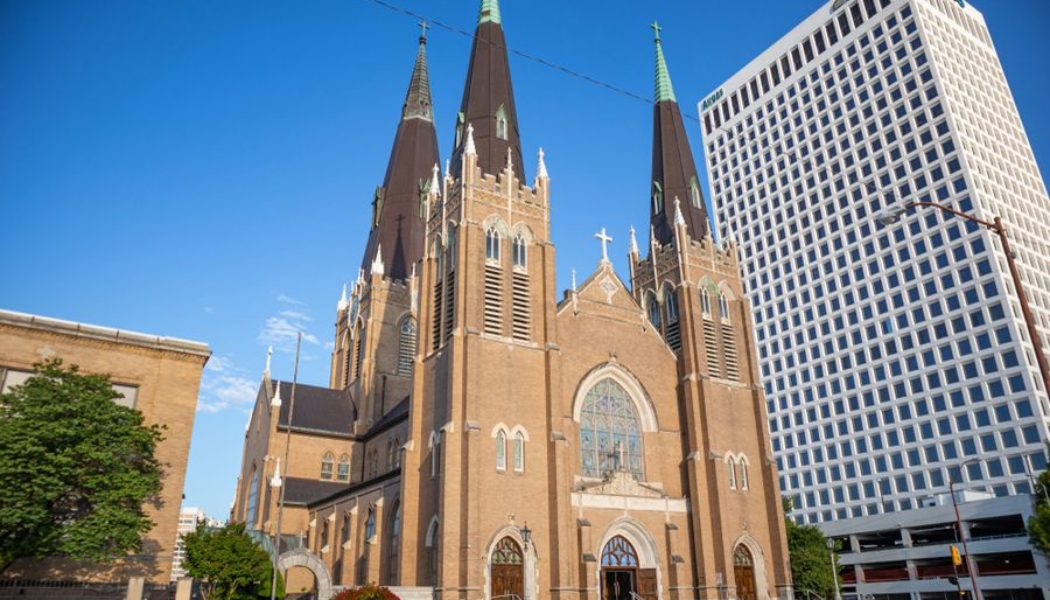 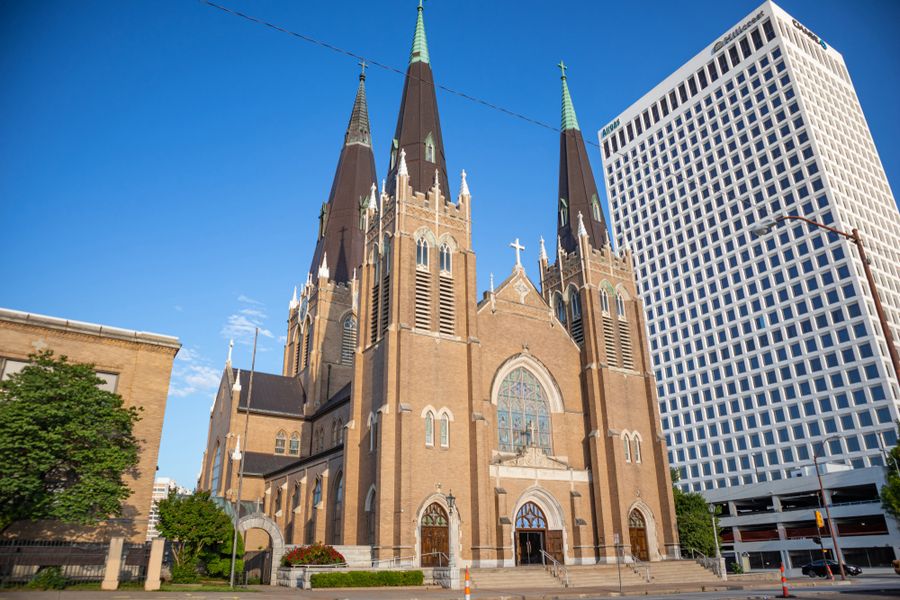 Kastl related that a man carrying an ice chest approached the front of the cathedral and attempted to enter. After realizing the doors were locked, he proceeded down the alley between the school and the cathedral, according to Kastl.

“During this time, students were on the front steps of the Cathedral taking school pictures. We express our gratitude and appreciation for the faculty and staff who reacted quickly and immediately moved the students inside the school. The whole school was immediately placed on lockdown and remained so until cleared by local law enforcement,” Kastl wrote in a letter about the incident.

It appears that the suspect lit an object on fire and threw it into the side of the cathedral, causing damage to some windows, according to Kastl.

The suspect was arrested around 5:30 p.m., about an hour and a half after the incident, Kastl wrote.

Kastl said the church will offer a Mass for Notzon’s healing at 9 a.m. Thursday and will have priests, deacons, and counselors available after Mass at 11:30 a.m.

“We invite the community to come, pray, and heal with us,” Kastl said, according to the WTUL report.