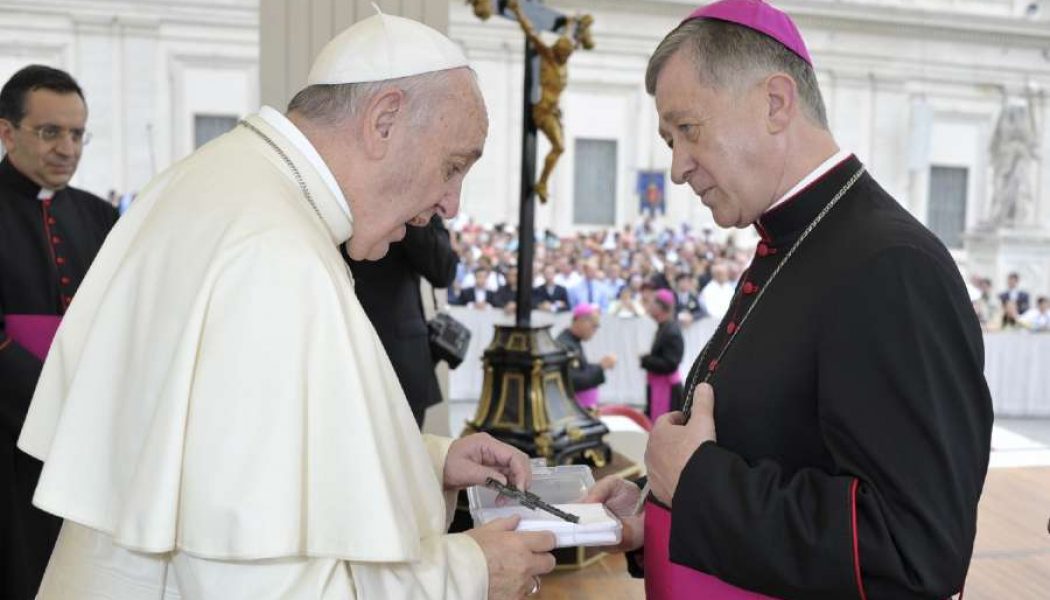 The private audience occurred in the Apostolic Palace on the morning of Jan. 30. Cardinal Cupich, the archbishop of Chicago, has been in Rome for a meeting of the Vatican Congregation for Bishops. The Holy See Press Office did not release any further information on the meeting other than that it took place.

On Jan. 20, the day of the U.S. presidential inauguration, Cupich took to Twitter to criticize a statement from Archbishop José Gomez of Los Angeles, president of the U.S. bishops’ conference.

In his four-part Twitter thread Cupich said that “the U.S. Conference of Catholic Bishops issued an ill-considered statement on the day of President Biden’s inauguration. Aside from the fact that there is seemingly no precedent for doing so, the statement, critical of President Biden, came as a surprise to many bishops, who received it just hours before it was released.”

“The statement was crafted without the involvement of the Administrative Committee, a collegial consultation that is a normal course for statements that represent and enjoy the considered endorsement of the American bishops,” he said.

“The internal institutional failures involved must be addressed, and I look forward to contributing to all efforts to that end, so that, inspired by the Gospel, we can build up the unity of the Church, and together take up the work of healing our nation in this moment of crisis.”

In the statement that Cupich said was “ill-considered,” Archbishop Gomez wrote that while there are numerous issues of concern to the bishops’ conference, abortion is the preeminent issue that cannot be ignored.

Gomez said that “abortion is a direct attack on life that also wounds the woman and undermines the family. It is not only a private matter, it raises troubling and fundamental questions of fraternity, solidarity, and inclusion in the human community. It is also a matter of social justice. We cannot ignore the reality that abortion rates are much higher among the poor and minorities, and that the procedure is regularly used to eliminate children who would be born with disabilities.”

“Rather than impose further expansions of abortion and contraception, as he has promised, I am hopeful that the new President and his administration will work with the Church and others of good will. My hope is that we can begin a dialogue to address the complicated cultural and economic factors that are driving abortion and discouraging families,” he continued.

The president and vice president stressed their commitment to legal abortion, saying “The Biden-Harris Administration is committed to codifying Roe v. Wade and appointing judges that respect foundational precedents like Roe.”

The U.S. bishops’ conference (USCCB) responded that, under Biden’s order, the U.S. would be contributing to abortions and abortion advocacy in the developing world.

“It is grievous that one of President Biden’s first official acts actively promotes the destruction of human lives in developing nations,” the bishops said.