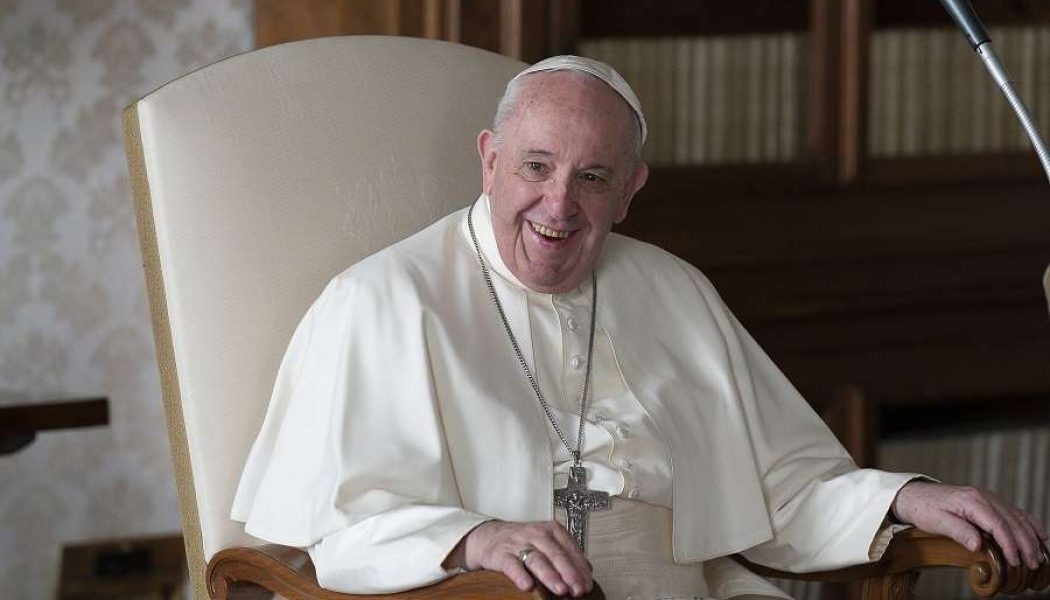 Vatican City, Dec 26, 2020 / 09:01 am MT (CNA).- Be a witness to Jesus Christ in the way you conduct your ordinary, everyday life, and it will become a masterpiece for God, Pope Francis encouraged Saturday.

Speaking on the Feast of St. Stephen the Martyr Dec. 26, he said, “the Lord wants us to make our lives masterpieces through the ordinary things, the everyday things we do.”

“We are called to bear witness to Jesus right where we live, in our families, at work, everywhere, even just by giving the light of a smile, a light that is not our own – it comes from Jesus,” the pope said in his message before the Angelus prayer, which he gave via livestream from the library of the apostolic palace.

He encouraged everyone to avoid gossip and tattle-taling, and “when we see something that is wrong, instead of criticizing, badmouthing and complaining, let us pray for the one who made a mistake and for the difficult situation,” he advised.

“And when an argument starts at home, instead of trying to win it, let us try to diffuse it; and start over again each time, forgiving the one who offended,” Francis continued, adding that these are “small things, but they change history, because they open the door, they open the window to Jesus’ light.”

In his message, Pope Francis reflected on the witness of St. Stephen, who, though “he was on the receiving end of the stones of hatred, reciprocated with words of forgiveness.”

By his actions, love, and forgiveness, the martyr “changed history,” the pope said, recalling that at St. Stephen’s stoning, there was present “a young man named Saul,” who “was consenting to his death.”

Saul, by God’s grace, was later converted and became St. Paul. “This is the proof that loving actions change history,” Francis said, “even the ones that are small, hidden, everyday. For God guides history through the humble courage of those who pray, love and forgive.”

According to the pope, there are many “hidden saints, saints who are next-door, hidden witnesses of life, who with little acts of love change history.”

The key to this witness, he explained, is shining not by your own light, but by reflecting the light of Jesus.

Francis also pointed out that the ancient fathers called the Church “the mystery of the moon” because she also reflects the light of Christ.

Despite being falsely accused and brutally stoned to death, St. Stephen “allowed the light of Jesus to shine” by praying for and forgiving his murderers, the pope stated.

“He is the first martyr, that is, the first witness, the first of a host of brothers and sisters who, even until today, continue to bring the light into the darkness – people who respond to evil with good, who do not succumb to violence and lies, but break the cycle of hatred with meekness and love,” he said. “In the world’s nights, these witnesses bring God’s dawn.”

Size. 7 reasons you need business insurance for your home-based…. What rights you have over your data.