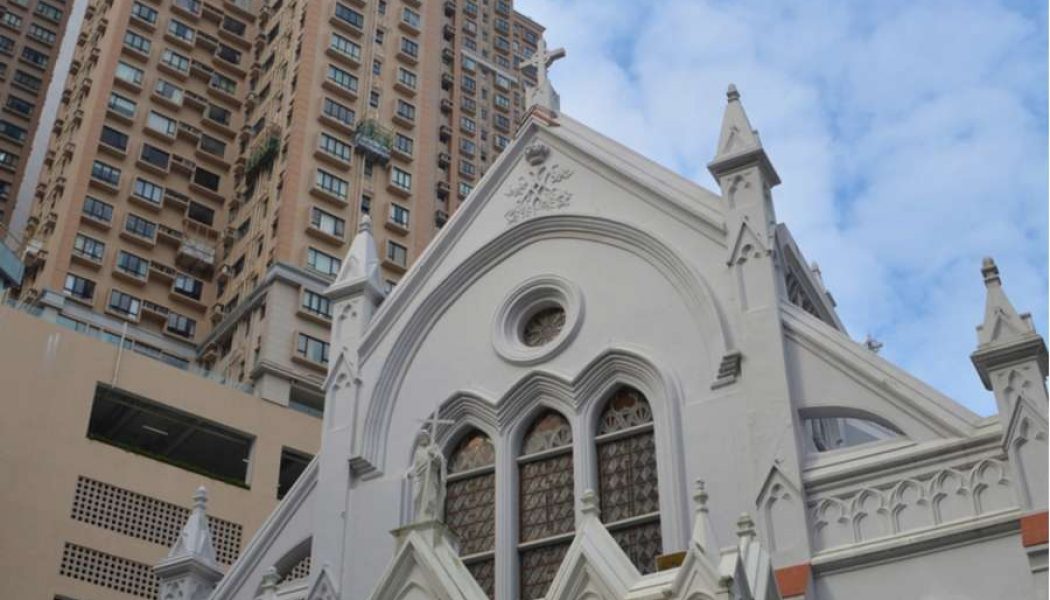 Hong Kong, China, Jan 17, 2020 / 07:06 am (CNA).- The Holy See has delayed announcing its pick for the next bishop of Hong Kong, CNA has learned, amid concerns that local clergy and lay Catholics will see Rev. Peter Choy Wai-man as too sympathetic to the Chinese Communist government.

The Diocese of Hong Kong has been without permanent leadership since January 2019, when Bishop Michael Yeung Ming-cheung died unexpectedly. Since Yeung died, the diocese has been led temporarily by Cardinal John Tong Hon, Yeung’s predecessor, who retired from the post in 2017.

Senior Church officials in Rome, Hong Kong, and mainland China have independently confirmed to CNA that a decision to appoint Fr. Choy as Hong Kong’s next bishop has received final approval in Rome. Choy is presently one of four vicars general in the Hong Kong diocese. CNA requested comment from Choy on his appointment, but no answer was received by time of posting.

Choy’s appointment has not been announced because his elevation could be perceived as a rebuke of the ongoing political protests on the island province, several Vatican and Hong Kong diocesan officials have told CNA.

Sources in Hong Kong and Rome have told CNA that Cardinal Tong himself has advised against announcing Choy’s appointment.

“The situation [in China and Hong Kong] is very delicate and no one wants to make things more difficult. It will be announced [when it can be] and that’s all there is,” a senior curial source in Rome told CNA about the appointment. CNA requested comment from Cardinal Pietro Parolin, the Holy See Secretary of State, on the decision to appoint Fr. Choy, and the decision to delay public announcement, but no response was received by time of posting.

For much of 2019, Hong Kong has seen wide-scale protests against the Chinese and local governments. The demonstrations began after Communist-backed authorities attempted to impose a new law on the province, allowing for extradition to the mainland. That proposed law has since been abandoned, but the protests continue.

Choy is known to be close to Cardinal Tong, and is said to have a good working relationship with Chinese government authorities, both on the island and on the mainland. He was reported to have attended a meeting with the cardinal and Carrie Lamb, Hong Kong’s chief executive, during the height of the protests.

Fr. Choy was born in Hong Kong in 1959, and ordained a priest in 1986. Since Oct. 2017, he has served as one of four vicars general of the Diocese of Hong Kong, appointed with responsibility for the bishop’s office, the ongoing formation for both clergy and laity, and leading ecumenical and interreligious dialogue for the diocese. Choy also serves as the dean of Hong Kong’s seminary.

Choy was widely rumored to have been a leading candidate to head the diocese at the time of Bishop Yeung’s death. Several priests on the island told CNA that it seemed Yeung was preparing Choy for leadership before he died.

“Fr. Peter was considered the inside candidate from the beginning,” a senior Hong Kong priest who was close to Bishop Yeung told CNA, who requested anonymity, citing concerns about ecclesiastical and government authorities.

“He was a great friend of Bishop Michael [Yeung], and there’s no doubt he would have wanted him as his successor.”

“For some reason, his name was held up because of some vague accusations. They could never prove if they are true, or if this is just the way diocesan priests eat up other diocesan priests here.”

Concerns both on the island and in Rome about how Choy’s appointment could be received relate to his perceived closeness to the government, and his distance from the pro-democracy movement, which has sizeable lay Catholic involvement.

Among Hong Kong Catholics, there have also been rumors about Choy’s private suitability for leadership.

“There’s a concern about a lack of gravitas,” a priest close to the Hong Kong chancery told CNA, saying that many would worry Choy would be unable to stand up for the Church locally.

Another senior local cleric offered a more unsparing assessment of Choy’s reputation in Hong Kong, describing him as a “pro-Beijing hawk,” and a “sworn enemy of [Cardinal] Zen.”

“His elevation is just further proof of how the Holy See is selling the faithful down the Yangtze, or in this case Pearl River,” the senior cleric told CNA.

Both predicted that the appointment would trigger an outspoken denunciation from Cardinal Joseph Zen Ze-kiun, Tong’s predecessor as Bishop of Hong Kong, and an outspoken critic of the 2018 Vatican-China deal.

“When the announcement is finally made, [Cardinal Zen] will go crazy,” one told CNA. “One of the things he’s been fighting against is an appointment that could be seen as an appeasement [of the government], and that’s how this will be translated.”

Sharp divisions among the local clergy and faithful are heavily influenced by the political situation, especially following the attempted crackdown by the mainland government, and after the 2018 Vatican-China deal, which reportedly gave Communist authorities the right to propose and approve new episcopal appointments.

The other front-running candidate for the vacant Diocese of Hong Kong had been the current auxiliary bishop of the diocese, Bishop Joseph Ha Chi-shing, who is publicly associated with the protestors on the island, and has appeared at protests and demonstrations.

CNA was told by senior clerics in the diocese that before his death, Yeung had intended to ask that Choy be appointed as a second auxiliary bishop, to balance Ha’s more antagonistic posture to the mainland government.

“Bishop Yeung wanted to have two auxiliaries,” one Hong Kong chancery official explained to CNA. “They would have been like a yin-yang: one very tall and forceful [Ha], the other rather meek and withdrawn [Choy], but they were both very close friends of the bishop [Yeung].”

The same source explained that similar concerns, and factionalism among diocesan clergy, led Yeung to appoint four vicars general to serve at the same time – an unusual move.

“Yeung had these four vicars general instead of one, they each brought something different to the table and it was to appease all the different factions among the clergy. The clergy here are very divided on many different things: age, friendships from seminary, and on politics,” the priest said.

There are more than 300 priests in Hong Kong, most of them members of religious orders. They serve a diocese of more than 600,000 Catholics.

A senior source close to the Congregation for the Evangelization of Peoples in Rome told CNA that Bishop Ha was the Vatican’s first choice to succeed Yeung, and that Pope Francis had formally approved his appointment, only to have to reverse the decision before it was announced.

The Congregation for the Evangelization of Peoples is responsible for recommending episcopal appointments in China, together with the Secretariat of State.

“Months ago, Bishop Ha was already nominated – his name had gone into audience [with Pope Francis] and come out with approval. It wasn’t yet published when he was in the front lines of a major demonstration and [Cardinal Fernando] Filoni [then prefect of the Congregation for the Evangelization of Peoples] had to reverse the decision,” the Vatican official told CNA.

“What happened was that this would have flown in the face of the whole political attempt to stabilize the place of the Church in China. There was no option but to reverse the decision.”

While, for now, the announcement of Choy’s appointment is considered to be delayed, the Vatican could still reverse course if political circumstances don’t change, as it has once already for the same position.

“[Fr.] Peter will, I should probably still say ‘would,’ be more in the Tong line and Ha with Zen, but in the current climate you are bound to get one or the other.”