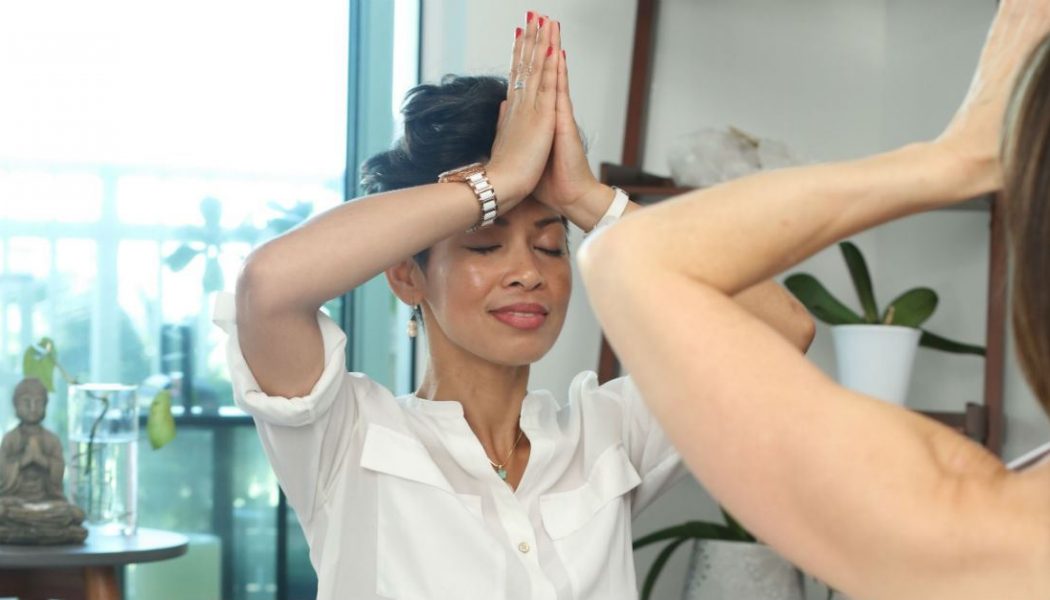 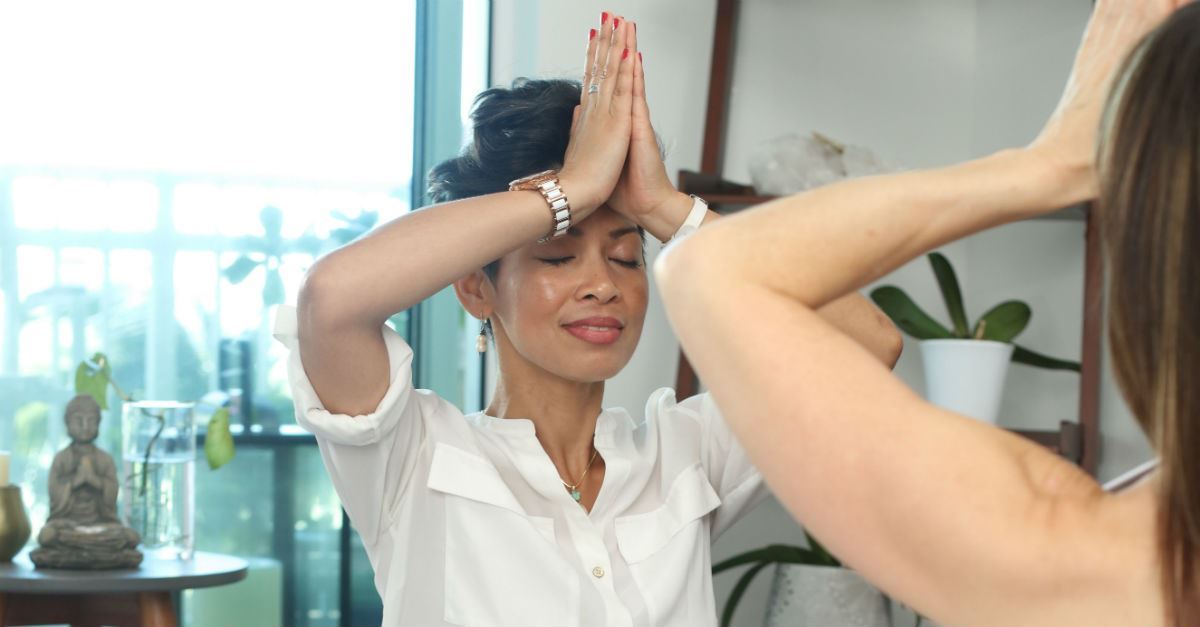 Namaste is a Sanskrit phrase combining two phrases to mean “I bow to you” or “The divine in me bows to the divine in you.”It is a common Hindu/Indian greeting. Not only is it a salutation but it is used as a sign of reverence and respect. However, in some Hindu areas it simply means good morning as well.

The word namaste, pronounced “NUHM-uh-stay,” is a Sanskrit phrase formed from namah, meaning, “adoration, bow” and the pronoun te meaning, “to you.”

According to the Webster dictionary, the noun namah is a derivative of the verb namati, which means, “he or she bends, or bows.” It literally translates to, “I bow to you.”

It is a common Hindu/Indian greeting. Not only is it a salutation but it is used as a sign of reverence and respect. However, in some Hindu areas it simply means good morning as well.

Namaste in Culture and Yoga

It is often used in conjunction with a small bow and with the palms of one’s hands placed together, fingers up, in front of the chest. In Indian culture, it is used casually. Along with other aspects of Hindu/Indian culture, the namaste greeting is becoming increasing popular in other parts of the world.

Western yogis have adopted the custom of closing their yoga classes with a bow of namaste as a way of marking the time spent together. From one yoga practitioner to another, it is a sign of respect. The teacher typically says it first, and the students respond. The palms and all 10 fingers touch one another, with the thumbs joining in front of the heart space or brow with a slight bow.

Should Christians Say Namaste to Each Other?

Here are a few aspects to consider about Christians using the term namaste.

Though considered a part of Hindu culture, namaste has a spiritual overtone. According to Hindu belief, god is transcendent as well as immanent. The Hindu culture is more about what a person does rather than believes. It is based on a universal soul or god called Brahman. It takes on many forms that Hindus worship as gods or goddesses.

The word, Namaste seems to come from the more pantheistic forms of Hinduism that sees everything and everyone as god. It is the view that god is rock, god is a tree, god is the sky, or god is a squirrel.

Namaste is used in yoga. The Christian world is divided on the practice of yoga, yet yoga studios seem to be found on every street corner.

To most Westerners, yoga is the practice of physical exercise, increasing flexibility, and strengthening muscles. This physical-only aspect of yoga is actually called asana, not genuine yoga.

However, the Eastern philosophy behind yoga is believed to be an ancient Hindu process to enlightenment and spiritual growth. The word Yoga means “union” in which the goal is to be united with the Hindu god, Brahman.

The question then becomes whether or not yoga is something Christians should or should not participate in.

For some Christians yoga is an opportunity for prayer. They meet God on the mat. As they move through poses and stretches, it’s a chance for prayer and seeking God. Namaste then becomes the practice of saying to one another, “I see you and I recognize you are a temple of the living God.” (1 Corinthians 3:16).

However, in an interview with Belief.net, Sheetal Shah, Senior Director at Hindu American Foundation says:

“Because concentration, or being present, allows us [Hindus] to focus inwards on our Divine self…We can focus on making our every thought, word, and action selfless and thus, worthy offerings to the Divine that resides in us all. But therein lies what I see as the fundamental disconnect with the teachings of yoga and [Christianity].”

The Bible teaches God’s people to meditate on God’s works and his Word, rather than on one’s inner self.

The Bible teaches God’s people to only worship God.

Heather Riggleman calls Nebraska home (Hey, it’s not for everyone). She writes to bring through bold truths and raw faith about marriage, career, mental health, depression, faith, relationships, celebration and heartache. Heather is a former national award-winning journalist and is the author of Mama Needs a Time Out and Let’s Talk About Prayer. Her work has been featured on Proverbs 31 Ministries, MOPS, Today’s Christian Woman and Focus On the Family. You can find her at www.heatherriggleman.com. 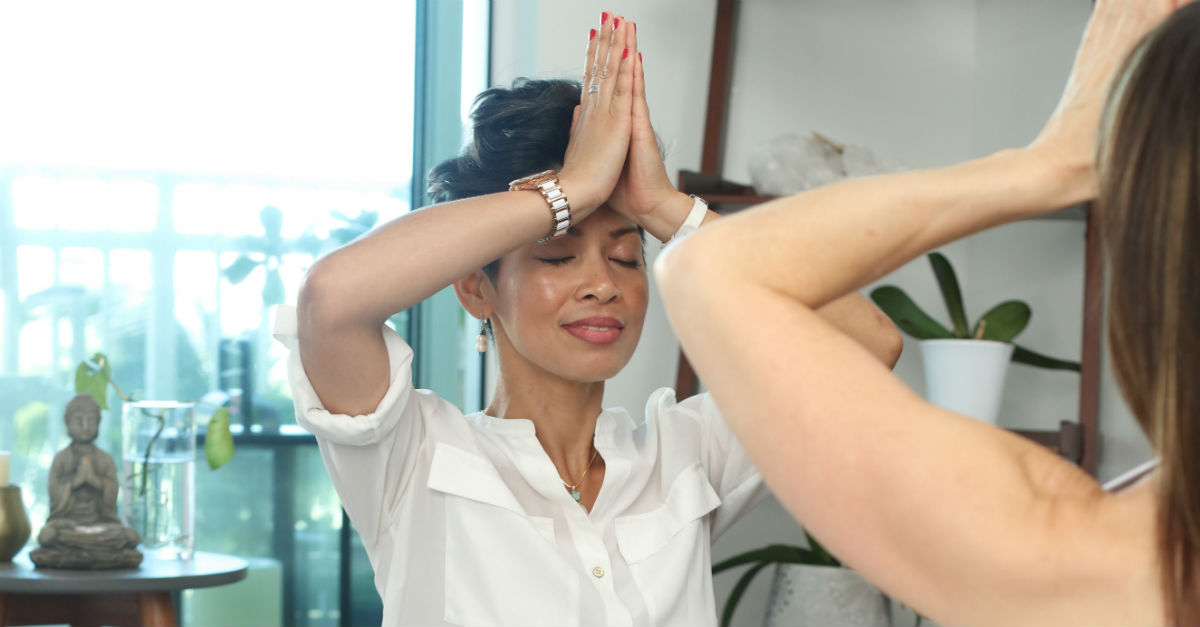