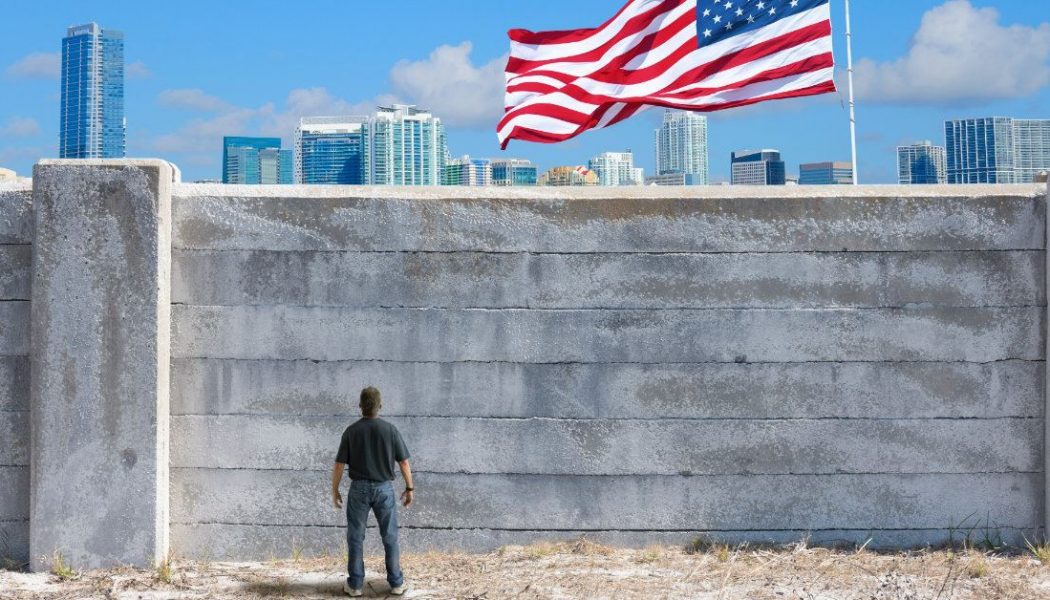 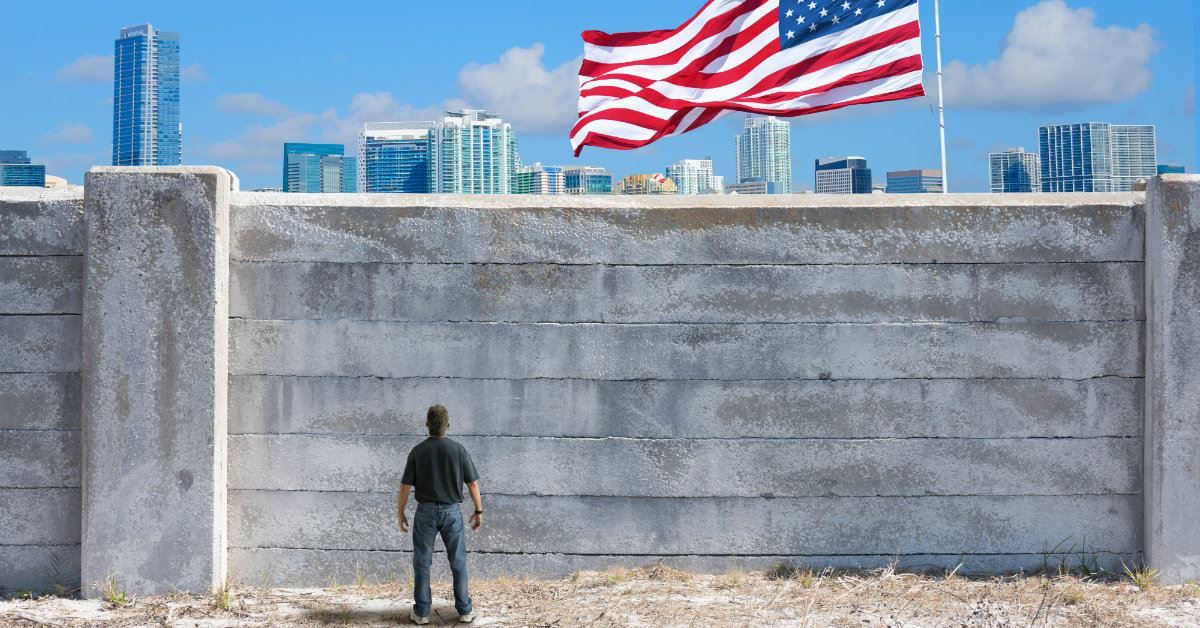 Too often, we’ve not looked to the Scriptures as our primary authority when it comes to forming our views toward immigrants and immigration. A LifeWay Research poll commissioned by the Evangelical Immigration Table in 2015 found that just 12 percent of evangelicals cited the Bible as the primary influencer of their thinking about immigration (LifeWay Research, “Evangelical Views on Immigration,” February 2015). In fact, when it comes to the top factor that informs their views on the topic, more evangelicals cited the media than the Bible, their local church and national Christian leaders combined.

Some might presume that’s because the Bible is silent on the issue of immigration — but it’s not. While the Scriptures do not prescribe specific immigration policy that should govern the United States (or any other nation), they are replete with stories of immigrants, with specific instructions from God to the Israelites about how to treat foreigners who came to reside in their land, and with broader principles that have clear ramifications for how contemporary followers of Jesus should interact with our immigrant neighbors. Even among evangelicals who disagree about how our government should prudentially apply biblical principles to questions of public policy, the role of the church is clear.

What the Bible Says About Immigrants

As evangelical Old Testament scholar Daniel Carroll explores in depth in his book Christians at the Border: Immigration, the Church and the Bible, many of the most prominent characters in the stories of the Bible were themselves immigrants, crossing borders to reside in another land at one point or another.

Many biblical figures were forced across borders. Joseph is sold by his brothers into slavery in Egypt. David flees the violence of King Saul and seeks asylum among the Philistines. Daniel and his friends are exiled from their homeland and end up serving a foreign government. Even Jesus himself, as a small child, is forced to flee, escaping to Egypt as a child refugee when Herod’s jealousy threatens the lives of all baby boys in Bethlehem.

Others migrate for different reasons. Abram (later Abraham) and his family leave their homeland at God’s instruction, then later cross borders again on multiple occasions in search of food during times of famine (M. Daniel Carroll R., Christians at the Border: Immigration, the Church and the Bible (Grand Rapids: Baker Academic, 2008), 72-73.). His son Isaac and grandson Jacob later move because of famine as well. Generations later, Naomi and her family are motivated by hunger to migrate from the land of Judah, then eventually reports of adequate food lead Naomi to return, now accompanied by her daughter-in-law Ruth.

God Loves the Vulnerable (Including Refugeees and Immigrants)

In addition to various stories of refugees and migrants, the Old Testament also tells us about the character of God toward immigrants and others who are vulnerable. For example, he tells the Israelites to go through their wheat fields, olive groves and vineyards just one time: “Leave what remains for the foreigner, the fatherless and the widow” (Deuteronomy 24:19-21).

In fact, these three specific vulnerable groups of people are highlighted in the same passages on multiple occasions as objects of God’s particular concern. The Israelites collectively affirm: “Cursed is anyone who withholds justice from the foreigner, the fatherless or the widow” (Deuteronomy 27:19). The Psalmist laments the wicked who “slay the widow and the foreigner [and] murder the fatherless” (Psalm 94:6). “The Lord,” in stark contrast, “watches over the foreigner and sustains the fatherless and the widow, but he frustrates the ways of the wicked” (Psalm 146:9).

Indeed, at many points within the Law of Moses, we are not told why a particular command is given. For instance, no explanation is offered why a baby goat may not be boiled in its mother’s milk or why a garment may not be made of multiple types of fabric. But when it comes to God’s commands regarding the treatment of immigrants, a reason is offered: “When a stranger sojourns with you in your land, you shall not do him wrong. You shall treat the stranger who sojourns with you as the native among you, and you shall love him as yourself, for you were strangers in the land of Egypt: I am the Lord your God (Leviticus 19:33-34 ESV). God’s people are told to love immigrants as themselves, because they knew firsthand what it is like to dwell in a land that was not their own.

Christians Have an Obligation to Care

God’s law given to the Israelites holds immigrants residing among the people of Israel to the same standards as the native-born (Exodus 12:49; Numbers 9:14, 15:16), which generally meant not only holding foreigners responsible for respecting the law’s prohibitions but also extending to them the same protections of the law, such as for impartial treatment in legal proceedings (Deuteronomy 1:16), a Sabbath’s day of rest from labor (Deuteronomy 5:14) and fair labor conditions (Deuteronomy 24:14).

It’s about Character More Than Law

While not all of the specific elements of the Old Testament law are binding upon Christians today — nor can the laws God gave to Israel simply be adapted into U.S. immigration law — they do reveal something about God’s unchanging character: “The Lord your God … defends the cause of the fatherless and the widow, and loves the foreigner residing among you, giving them food and clothing” (Deuteronomy 10:18). And in case the ramifications for his people were not sufficiently clear, the passage continues: “And you are to love those who are foreigners” (Deuteronomy 10:19).

Regardless of our views on public policy, our disposition toward foreigners themselves should emulate that of our God, who, as Carroll summarizes, has “a deep love for the needy and disenfranchised, whoever they are and whatever the cause of their situation” (M. Daniel Carroll R., Christians at the Border: Immigration, the Church and the Bible (Grand Rapids: Baker Academic, 2008), 72). Indeed, God’s commands concerning the foreigner demonstrate his own character, compassion and concern for those in need. It is not too much to say that we know more of who God is and what his salvation is like through comprehending his love for the sojourner.

THE GREAT COMMANDMENT: APPLYING THE BIBLE TO CARING FOR REFUGEES AND IMMIGRANTS?
HOW IMMIGRANTS FIT INTO THE BODY OF CHRIST AND THE LOCAL CHURCH
“GO AND MAKE DISCIPLES” – DOES THE GREAT COMMISSION APPLY TO IMMIGRATION?
HOW TO RESPECT THE GOD-GIVEN DIGNITY OF EVERY IMMIGRANT
WHY GOD WANTS US TO PROTECT THE FAMILY UNIT OF IMMIGRANTS AND REFUGEES
WHAY DOES THE BIBLE SAY ABOUT IMMIGRATION AND HOW SHOULD CHRISTIANS RESPOND TO ILLEGAL IMMIGRATION?
WHAT DOES THE BIBLE SAY ABOUT BORDER SECURITY AND SHOULD CHRISTIANS SUPPORT THEM?