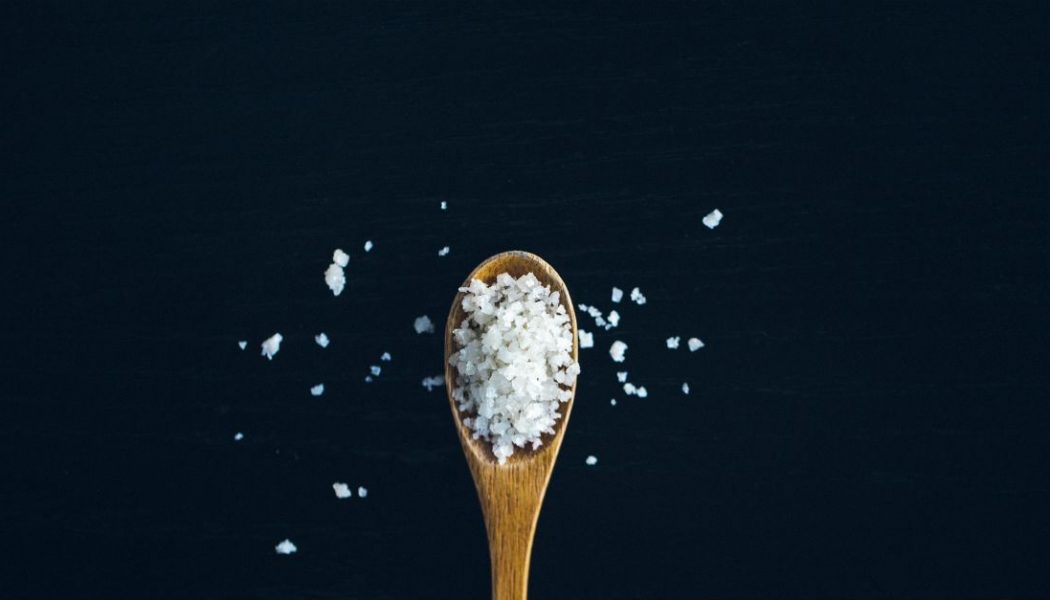 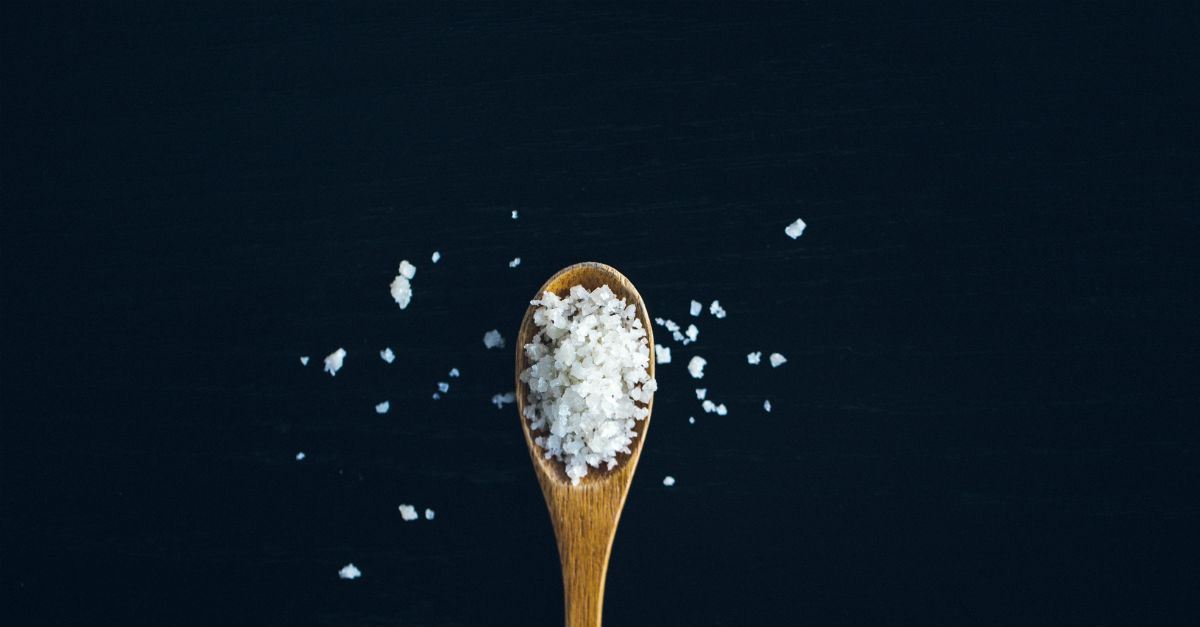 Lots’ wife is an unnamed woman mentioned in the Bible very few times. First in Genesis 19:15-16, her husband is told to take her and her daughters out of the city of Sodom. Then while they were running, in Genesis 19:26, Lot’s wife looked back as the city burned. Last, Jesus referenced her in Luke 17:32 saying, “Remember Lot’s wife!”

We know more about the story surrounding the death of Lot’s wife than anything else about her.

The story begins in Genesis 13 when Abram, Sarai, (later to be renamed Abraham and Sarah by God) and Lot flee Egypt with all their possessions. Most of the possession belonged to Abram as in Genesis 13:2, we are told he “was very rich in cattle, in silver, and in gold.” They traveled south and constructed an altar between Bethel and Hai. However, they soon realized the land was not suitable for them both as Lot also had flocks, herds, and tenets.

Conflict erupted between the herdsmen of Abram and Lot. Abram did not want any hard feelings, so he proposed to Lot, “If you go to the left, I’ll go to the right; if you go to the right, I’ll go to the left.” Genesis 13:9. Lot surveyed the land and chose the plain of Jordan since he observed it had great access to water. Lot “pitched his tent toward Sodom,” while “Abram dwelled in the land of Canaan” (Genesis 13:12). We are reminded in verse 13 that “the men of Sodom were wicked and sinners before the Lord exceedingly.”

After this separation, the Lord promised Abram and his descendants all the land he could see from east to west and south to north. Following much political strife and battles among the kings of the lands surrounding Sodom and Gomorrah, the kings of both lands fled and “took all the goods…and all their food” (Genesis 14:11). The economy of both Sodom and Gomorrah suffered as a result. Lot, who we learn was Abram’s nephew, was taken by the kings in their flight.

Abram learned of his nephew’s captivity and pursued them unto Dan. He and his armed servants were able to save Lot and all his goods. Melchizedek, the king of Salem, blessed Abram and recognized him to be “of the most high God, possessor of heaven and earth” (Genesis 14:19). He was grateful to Abram for his assistance in delivering his people. The king of Sodom, however, requested the return of all his possession and people. Abram assured the king that the only spoils he received were fed to the people during their journey.

Sodom and Gomorrah Are Destroyed

Abraham and Sarah (as they were named by this point) were growing old, yet the Lord informed him of the growing wickedness and coming judgment of Sodom and Gomorrah. Abraham was certain Lot would have at least “command[ed] his children and his household” and kept the “way of the Lord, to do justice and judgment” (Genesis 18:19). But Abraham was not able to find even 10 righteous men among those of the land.

Two angels met Lot as he sat at the gate of Sodom and offered them lodging for the night. They refused, as they desired to “abide in the street all night” (Genesis 19:2). They finally agreed and went with Lot who fed them.

That night, however, all the men of Sodom caught wind of the angels and encompassed the house of Lot. They surrounded Lot’s house and called out, “Where are the men who came to you tonight? Bring them out to us so that we can have sex with them” (Genesis 19:5). Lot responded by offering his two virgin daughters instead. The men of Sodom persisted, trying to reach the angels, who looked like men.

The angels inside pulled Lot inside and locked the door, then they struck the wicked men outside with blindness to the point they couldn’t find the door of the house. The angels warned Lot to collect his family and immediately depart from Sodom “because we are going to destroy this place. The outcry to the LORD against its people is so great that he has sent us to destroy it.” (Genesis 19:13). Lot warned his sons-in-law, but they mocked him and refused the warning. As the dawn was approaching, the angels again told Lot that judgment was immediate, and he needed to take his wife and daughters out of the city.

Lot and His Family Flee Sodom

As they fled the city, one of the angels said, “Flee for your lives! Don’t look back, and don’t stop anywhere in the plain! Flee to the mountains or you will be swept away!” (Genesis 19:17). “Then the Lord rained upon Sodom and Gomorrah brimstone and fire from the Lord out of heaven; and he overthrew those cities, and all the plain, and all the inhabitants of the cities, and that which grew upon the ground” (Genesis 19:24-25).

As the cities were being demolished, Lot’s wife “looked back, and she became a pillar of salt” (Genesis 19:26).

Lot and his two daughters fled to the nearby mountains in the city of Zoar. The oldest daughter realized the agedness of her father and the absence of her mother. With these thoughts, she proposed to her sister they should get their father drunk “and we will lie with him, that we may preserve seed of our father” (Genesis 19:32). Because of his drunken condition, Lot did not realize what was happening as his daughters each slept with him in succession. Each daughter conceived a son in this way, who became fathers of the Moabites and the Ammonites (Genesis 19:37-38).

Why was Lot’s Wife turned into a pillar of salt?

Jewish teachings suggest Lot’s wife was turned into a pillar of salt because Lot requested salt from his wife to be offered to the traveling two angels. His wife told Lot it was bad custom to offer the salt from their household, so she went house to house in the neighborhood informing the men of the houses of the two travelers while she looked for salt. This idea is not expressed in the Bible, only in Jewish teachings.

According to Bible commentaries like the NIV Zondervan Study Bible, Lot’s wife was turned into a pillar of salt as she looked back, “for disobeying the instruction not to look back. Her action suggests that she identified with the people of Sodom. Her failure to flee God’s punishment becomes a vivid warning to others (Luke 17:320).”

What is the Significance of the Story of Lot’s Wife?

Interestingly, the name of Lot’s wife is not given in the Bible even though her life provides many life lessons. We are not told the specific reason she looked back to the city as it was being destroyed.

Some commentators believe she was looking back to see if her daughters were following behind or if her father’s house was surviving the wrath.

The story warns believers of the consequences of looking back on their previous life of sin before salvation. Such pondering will usually return us to past sins. There is no room or time to worry about the things we leave behind in our journey forward with Christ. In order to grow spiritually, we must place our trust in God, not dwell in our past. We must follow God knowing his will is perfect and He will be present with the believer each step of our life’s journey.