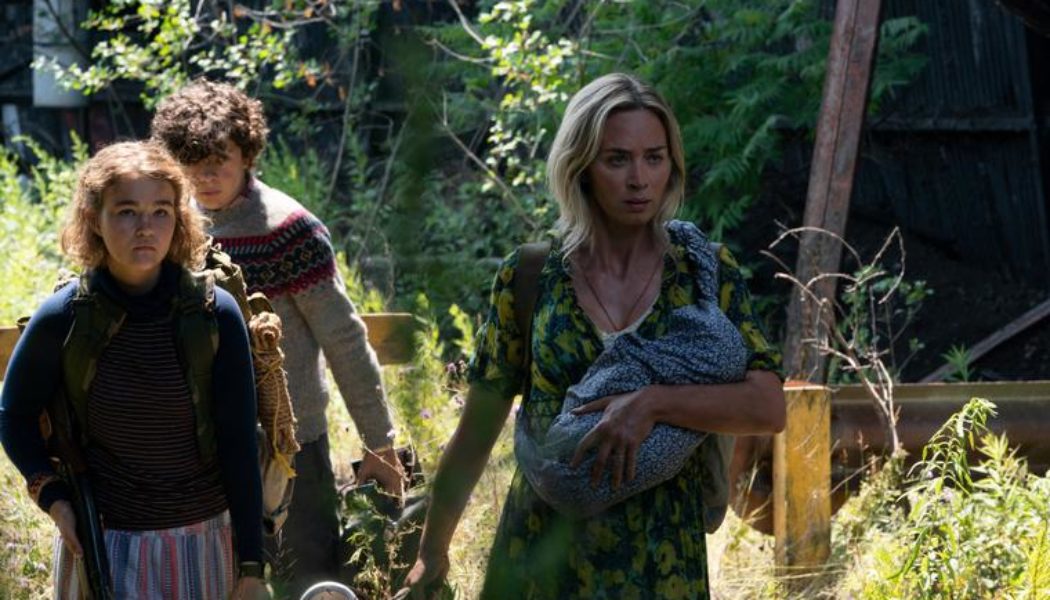 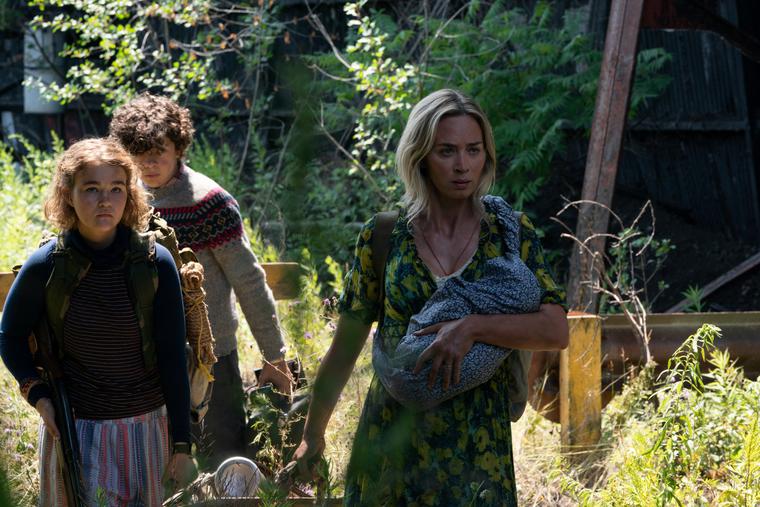 There are day-to-day crises and traumas that are somehow absorbed into the continuity of our lives, and then there are inexorable turning points that divide our lives into “before” and “after.”

Such moments come to both individuals and families, like the death of a parent or a spouse; they also occur on larger scales, to communities, to nations and even on a global scale.

Two decades on, the Sept. 11, 2001, attacks still loom as the most consequential before-and-after event of the 21st century, and certainly the obvious reference point when an ordinary day is abruptly shattered, as in the opening scene in A Quiet Place Part II, by an ominous trail of smoke in the sky and people running and screaming in the streets.

Between the 2018 opening of A Quiet Place and the arrival of this sequel, though, some of the first film’s themes and images have acquired new resonance.

It may be too soon to say whether, five, 10, or 20 years from now, the coronavirus pandemic will loom as one of those defining before-and-after events. In any case, with A Quiet Place Part II among the first major films to arrive in theaters after the lockdowns began — and more than a year after its March 2020 world premiere — it’s impossible not to see our long ordeal reflected in the world of the film.

The original film began on Day 89 of the alien invasion. Technically the origin of the predatory monsters ravaging the world wasn’t addressed, but Part II takes us back to Day 1 at least long enough to establish that they fell from the sky one fine sunny day in the middle of a Little League game, although it would have been the middle of the night in Shanghai, where fragmentary news reports of unexplained fatalities were the first inkling that the globe stood on the frontier of “before” and “after.”

The prologue flashback — a tantalizing glimpse of the Old Normal, back when it was okay to slam car doors and holler or cheer at a baseball game — briefly reunites Emily Blunt’s Evelyn and writer-director John Krasinski’s Lee, who at that time has approximately 473 days to live.

Even on Day 1, though, events contrive to drive Evelyn and Lee apart, and they each wind up confronting the chaotic dawn of “after” in separate but parallel circumstances — a narrative device that turns out to foreshadow key developments in Part II.

The marriage ended, as most happy marriages do sooner or later, in tragedy and bereavement, and with it ended the self-sufficient farming life they had built together. Now, Evelyn alone must lead what is left of the Abbott family — teenagers Regan (Millicent Simmonds) and Marcus (Noah Jupe) and the baby — into a world of perils, including not just predatory monsters, but indifferent or hostile human beings concerned only for themselves, not their neighbors or the common good.

Pretty quickly things get simultaneously seriously bad and not as bad as they could be. Krasinski’s shrewd less-is-more approach to suspense and tension, and his penchant for crafting gripping set pieces and dreadful dilemmas around well-established rules, have, if anything, grown since the first film.

If there’s no one moment at once quite so agonizing and utterly simple as that indelible sequence in the first film with the nail, Part II makes appallingly effective use of something much softer. In one white-knuckle sequence after another, Krasinski shows that he understands that while the CGI beasties may drive the horror, what makes it tangible is what is mundane and concrete.

If, compared to the taut original, Part II winds up doing not quite as much with rather more, that’s partly because there’s no making up for the loss of the marital dynamic and the evident chemistry of real-life spouses Blunt and Krasinski in the original, which was conceived as a stand-alone film, not the beginning of a series.

Wisely, instead of leaving Evelyn to carry most of the story’s dramatic weight alone, Part II is fashioned as something of a coming-of-age story, with Regan in particular taking a central role, although Marcus also must shoulder more responsibility, whether or not he feels ready for it. The stakes remain nerve-rackingly high; the first film opened with a child’s mistake leading to a sibling’s death, and the world has grown no kinder.

Like the young heroine of the recent cartoon apocalypse The Mitchells vs. the Machines, Regan has a hopeful idea that doesn’t involve sheltering in place to better the situation: an idea that only she believes in.

Well-timed pivots between the unsettling silence of Regan’s point of view and the audible, sometimes terrifyingly noisy world of other characters, highlight Regan’s vulnerability and comparative isolation. (On occasion the film resorts to boosting cheap jump scares with sonic stings that don’t really belong in this world.)

At the same time, with Regan’s deafness comes a clarity of communication befitting her firmness of thought and decision. In a key moment, in which a hearing character’s inarticulate speech embodies more than symbolizes moral diffidence and indecision, neither comprehensible to Regan, she transfixes him with a steely gaze and whispers, one deliberate syllable at a time: “E-nun-ci-ate!”

Like its predecessor, A Quiet Place Part II is the kind of horror film in which the ordinariness of normal human life is highlighted rather than subverted by extremely abnormal circumstances. For example, babies cry and must be cared for. It’s just that, the world being what it has become, this entails an unsettling casket-like cradle/carrier with an oxygen tank, allowing the baby to be completely enclosed when necessary — and that has the potential to escalate to unexpectedly harrowing complications.

Cillian Murphy is queasily effective as a onetime family friend named Emmett who has weathered the world after less well than the Abbotts, and is no longer quite the man that Evelyn and Lee once knew. Djimon Hounsou is unfortunately relegated to what is ultimately a smaller role than it should have been as a character not afforded a proper name even in the end credits.

The climax, unexpectedly uniting family members in a clever and emotionally resonant way in their resistance to the monsters, is at once satisfying and unresolved in a way that clearly establishes A Quiet Place Part II as a middle movie.

How well it functions in that capacity will naturally depend in part on the third chapter, to come next year. As a sequel, A Quiet Place Part II works well enough. If it sets up a satisfying finale, it might be even better.

P.S. Surprisingly, it seems that Part III will be written and directed, not by Krasinski, but by Jeff Nichols (Midnight Special; Mud; Loving), whose established affinity for rural America, low-key character studies, and preternatural goings-on appear to make him an ideal match for the Quiet Place vibe.