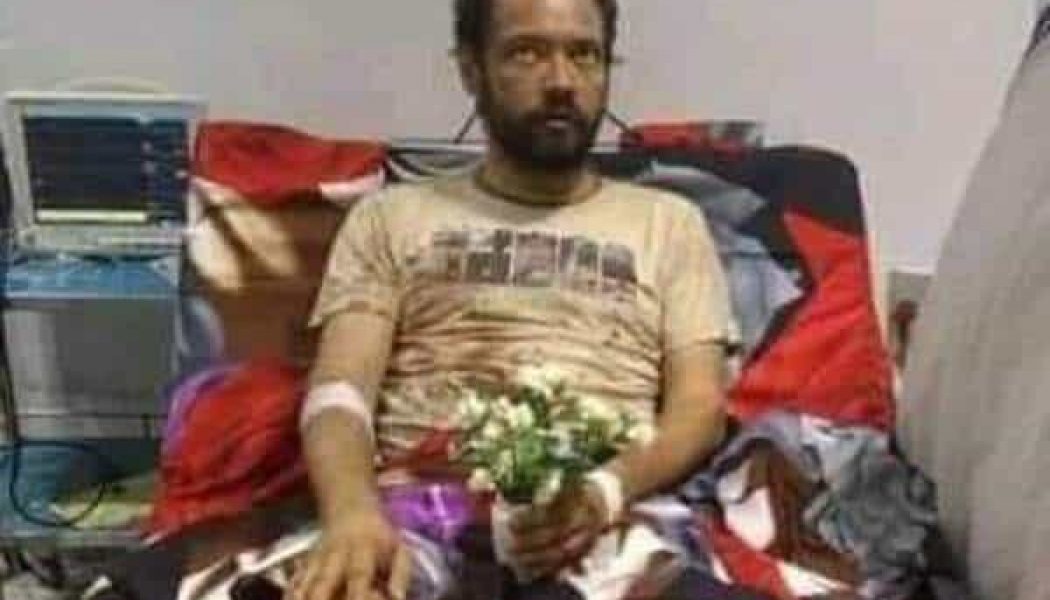 Fr. Christian Carlassare, Bishop-elect of Rumbek, South Sudan is recuperating in a Nairobi hospital after he was shot in his home by intruding gunmen early Monday morning.

Three priests and nine other people have reportedly been arrested in connection with the shooting. Here’s what happened:

Just after midnight April 26, two gunmen entered the home of Fr. Christian Carlassare, near the Holy Family Cathedral in the South Sudanese city of Rumbek. They fired 13 bullets at the priest.

Carlassare, 43, is the bishop-elect of the Diocese of Rumbek. The priest is an Italian member of the Comboni Missionaries religious order and a long-time missionary in South Sudan.

He was scheduled to be consecrated Rumbek’s bishop May 23.

Carlassare was shot in both legs, and was airlifted from Rumbek, a city of fewer than 35,000 people, to a hospital in Nairobi, Kenya, almost 900 miles away. He is expected to make a full recovery.

Three priests have been arrested, along with nine other people, in connection with the shooting, according to ACI Africa, though none have yet been charged with a crime.

Police identified suspects after one of the gunmen dropped his cell phone, ACI Africa reported.

Voice of America News reported Tuesday that 20 people have been detained in connection with the shooting, including both priests and police officers assigned to security in the area where the bishop was shot.

Investigators have been urged by South Sudan’s government to solve the crime as quickly as possible, ahead of the possibility of retaliation.

Security forces have been deployed to Rumbek as the investigation continues.

The Diocese of Rumbek has been without a bishop for 10 years, since the 2011 death of Bishop Ceasar Mazzalori, also an Italian Comboni missionary.

The diocese has been divided by disputes in South Sudan between the opposing Dinka and Nuer tribes. Priests of the diocese have faced violence connected to that division in the past.

The Catholic Church has been at the center of efforts to promote peace talks between the rival tribes of South Sudan. In April 2019 Pope Francis urged the country’s president, Salva Kiir and opposition leader Riek Machar, to make peace. The pope made headlines when he kissed the feet of both men as he begged them to reach an agreement to keep the country together.

In early 2020, a peace declaration was signed by opposing South Sudanese parties in Rome.

The Republic of South Sudan gained independence from the Sudanese Republic in 2011, after decades of armed conflict, civil war, and an independence movement.

The country has a population of 12 million — 40% of South Sudan’s people are Catholics, and in total 60% of the South Sudanese population is Christian. More than 30% of the country’s population adheres to traditional animistic religion.

Before independence, much of the rift between the south Sudanese region and the Sudanese north was religious. The region which is now South Sudan is predominantly Christian, but the Sudanese Republic was led primarily by the Islamic northern region. The establishment of Islam as a state religion and the spread of Islamic laws in the country exacerbated Sudan’s tensions, which contributed to decades of conflict before South Sudan gained its independence.

But after it gained independence, South Sudan itself broke into civil war amid a power struggle between the leaders of the country’s independence movement. Nearly 400,000 people have been killed in conflicts within South Sudan, and more than 2 million people have fled the country. A 2020 peace agreement has cooled the conflict, but tensions along ethnic and tribal lines remain, and violence in the country is commonplace.

In 2019, Catholics in the capitol city of Juba were divided sharply over the appointment of an archbishop who was not a member of the Bari tribe, whose members form the majority of Catholics in the Juba region.

Archbishop Stephen Ameyu Martin Mulla was eventually installed as Juba’s archbishop, but only after dueling letters and protests were made to the Apostolic See, and only after Mulla was accused by opponents — apparently baselessly — of fathering several children during his priesthood.

“I will be back, and I will be with you”

In an April 27 video posted on social media, Fr. Carlassare sent a message from his hospital bed to the people of Rumbek.

The text of his message is as follows:

“I take the chance to greet all of you, my brothers and sisters in Rumbek.

I want you to be at peace, to know that I am well, here at a hospital in Nairobi. I am taking care and I am improving. It will take some time for my legs to be able again to walk but I assure you that I will be back and I will be with you. Please let us be united in prayer, let us be united with all our hearts, to offer forgiveness in our community and be able to seek for justice with the same heart of God. It is a merciful heart, it can teach peace and can teach mercy, also to any person because these values are present in the deep of each one of us .

As I am far from you, I feel united to you. Please also be united with me, in this process of reconciliation.”