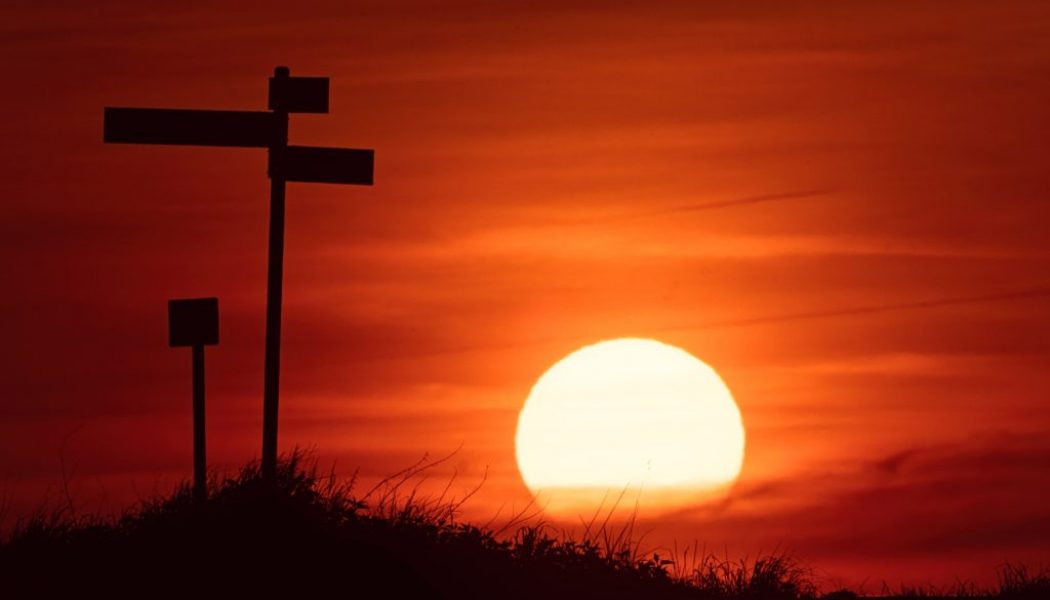 So we know that God’s law contains instructions for the good life, the blessed life. Sadly, however, merely having the instructions doesn’t help us to keep the instructions. As a cautionary tale of sorts, look at what happened to the Israelites. While God was giving Moses the tablets of the law, they were busy making a golden calf to worship. With Moses gone and God apparently absent, they were quick to fill the leadership void with a false god of their own making. Despite all that had happened to them—the destruction of their enemies, the guidance through treacherous deserts, the daily provision of manna—they were quick to forget, ready to complain. They didn’t like the fact that following God meant embracing things they disliked, things like obedience and waiting. Instead, they defaulted to a longing for the familiar, for comfort and luxury. “If only we had meat to eat!” they cried. “We remember the fish we ate in Egypt at no cost—​also the cucumbers, melons, leeks, onions and garlic” (Numbers 11:4–5). Remembering what was predictable, safe, and comfortable in Egypt, they had forgotten the terrible cruelty they suffered there.

But what does the story of the forgetful (and yes, rebellious) Israelites mean for us? It means that anyone who wants peace has to make a personal and conscious decision to remember God and to obey him. We have to choose to leave behind the world and all its troubles and luxuries, to leave behind the bondage that comes from living without God. You leave when you forsake your old life and decide to follow God.

But leaving is not easy. Some of us are afraid of what God might ask, of what he might require. We prefer a life of predictable bondage to one guided by an unpredictable God. Others resist leaving because they fail to recognize their chains. They know they have problems, but life does not seem so bad. Why should they throw it all away to embrace a life that requires them to live by faith and not by sight? Even those who are eager to leave Egypt may be tempted to return as soon as life becomes difficult—or as soon as life becomes easy!

Like the Israelites, some of us have faltered on our journey out of Egypt. Perhaps we have encountered obstacles that diverted us. Our fellow travelers, others who profess to love Jesus, may have disappointed us. Plans we thought God would bless did not turn out well. Prayers we prayed were not answered as we had hoped. We may have begun by making small compromises that grew into larger ones. Hurt by another’s sins, we grew bitter. Afraid we might run out of money, we stopped giving. Seeking a little pleasure to soothe us, we got hooked on drugs or pornography. Or perhaps we merely said a series of small “no’s” to God that have hardened into a way of life bereft of his presence. Before we know it, we are no longer following but retreating—headed back to Egypt, back to a place of bondage, boredom, forgetfulness, and despair.

If that describes you, even in part, there is still time to turn around, still time to get back on the path. Fortunately you don’t have to find your way back all on your own. For the Father has sent his Son to go looking for you. Jesus is the good shepherd who leaves the ninety-nine sheep in search of the one that is lost. You have only to ask for his help.

The word that describes this act of turning around, of leaving the wrong path in order to get on the right path, is repentance. It is the first step in our journey back to God. As Eugene Peterson points out, “Repentance is a realization that what God wants from you and what you want from God are not going to be achieved by doing the same old things, thinking the same old thoughts. Repentance is a decision to follow Jesus Christ and become his pilgrim in the path of peace.”(1)

Peterson goes on to say that repentance “is the action that follows the realization that history is not a blind alley, and guilt not an abyss. It is the discovery that there is always a way that leads out of distress—​a way that begins in repentance, or turning to God.”(2) Repentance is the vital first step out of a life of trouble and despair. Repentance moves us closer to the only true source of peace: God himself.