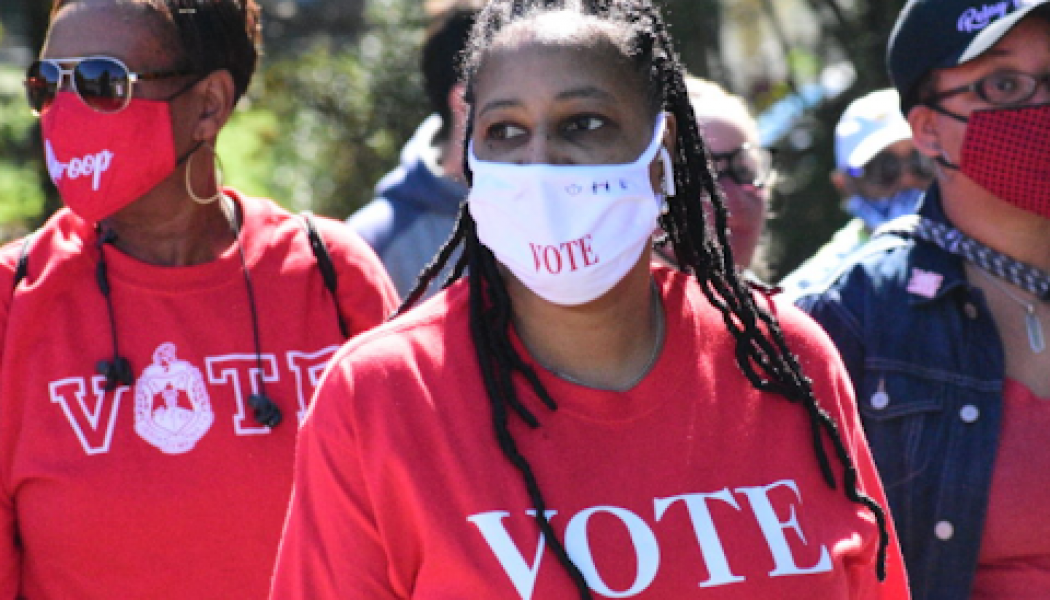 Contentious, high-stakes elections are nothing new to Darryl Warren Aaron or his members at Providence Baptist Church in Greensboro, N.C.

But there is a different feel surrounding the 2020 general election, said the pastor of the city’s oldest Black congregation. “It takes me back to when (President Barack) Obama ran the first time. There’s an energy. There’s a drive. It feels existential, as if people are recognizing that there’s power in the vote.”

In an effort to share that passion, Providence Baptist and other congregations in North Carolina and additional battleground states have partnered with civic and social justice groups to drive transportation-challenged voters to the polls during early voting periods and on Election Day.

And with guidance and funding from the New Moral Majority, food trucks are being parked at or near some voting sites to feed and encourage voters waiting in long lines, said Ryan Eller, co-founder and executive director of the progressive faith-based political action committee.

Ministers are being encouraged to serve as chaplains to encourage voters waiting in long lines, he said. “Hundreds of clergy are participating in that.”

The overarching goal of the New Moral Majority’s “All Souls to the Polls” initiative is to help Americans connect the dots of faith and voter participation, Eller explained. “A food truck feeding people for free and giving out drinks and water to people standing in line communicates that people of faith can participate in democracy as a spiritual act.”

While long lines at polling sites are inspiring to see, they can cause some voters to abandon the process. Voter suppression efforts also keep some from voting. So it’s vital to make the experience as enjoyable as possible, he said.

“We want to create an uplifting atmosphere in which folks in long lines see groups of people having fun and good food and water … and listening to music. We are convinced that will help some folks to consider voting.”

The New Moral Majority is working with Baptist and other churches mainly in North Carolina because it is considered a key battleground state. But similar events also are being planned in Georgia and Pennsylvania, Eller said.

The effort stems from the organization’s wider mission to recapture the Christian faith coopted by conservative political and religious movements, he said. The network was founded in the spring, its publicity says, “to utilize this moment to change the moral narrative and try to reclaim Christian identity from the former Moral Majority, which was never moral and never a majority.”

“All Souls to the Polls,” Eller added, is designed to provide people of faith an opportunity to impact that discussion and “to be a public and moral witness in the world.”

Faith is the central motivation for Providence Baptist Church members who already have driven hundreds of people to voting stations and will continue doing so until polls close the night of Nov. 3, Aaron said. “Our faith teaches us that the church can never be closed off in the building.”

On Oct. 31, the last day of early voting in North Carolina, Providence will have a food truck stationed at a housing development from which its volunteers will transport voters to and from the polls.

“People of faith can participate in democracy as a spiritual act.”

Many of these residents have no other way to get there, he explained. “Some could take the bus but standing in line for three hours then catching a bus for three hours can become a deterrent.”

These and many others live in what Aaron called “opportunity deserts where there is not enough food, not enough transportation and not enough education.”

Taking these citizens to vote, therefore, is a way of living out the gospel, he believes. “We are forced to go out and assist those who are left behind. In this case, picking them up and taking them to the polls is acknowledging their condition.”

The process has been a success so far because many who would not have voted have — and will — cast ballots to create the improvements needed in their lives and communities.

“You can hear Dr. King in that wonderful speech in which he said give us the ballot and we’ll put people in leadership that have, as he said, ‘felt not only the tang of the human, but the glow of the divine.’”