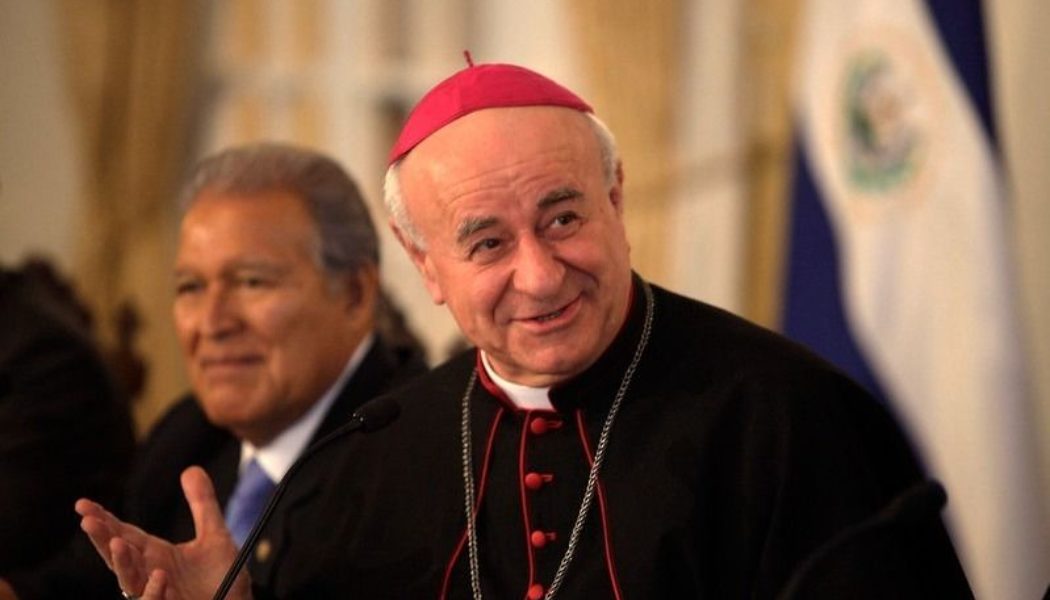 Archbishop Vincenzo Paglia diverted hundreds of thousands of euros allocated to support missionary and charitable works while he served as president of the Pontifical Council for the Family. Paglia used much of the money to finance building projects in Rome, including the renovation of his personal apartment, The Pillar has learned.

According to multiple independent sources with knowledge of the events, Archbishop Paglia confirmed in a 2015 memo to Holy See financial officials that hundreds of thousands of euros had been paid to an Italian construction contractor instead of going to missionary and charitable projects to support poor families and orphans.

While Paglia claimed to have repaid some of the money diverted from charitable funds, sources say that he did so with other donations to the pontifical council, and not with money specifically provided for restitution.

The archbishop, currently president of the Pontifical Academy for Life, led the Pontifical Council for the Family from 2012 until 2016, when Pope Francis merged the council into the Dicastery for Laity, Family, and Life.

Paglia’s spokesperson has not responded to questions from The Pillar.

Senior officials close to the Secretariat for the Economy and Vatican’s Office of the Auditor General have confirmed to The Pillar that in 2012, Paglia secured the approval of then-Secretary of State Cardinal Tarcisio Bertone to earmark for specific charitable projects more than 1 million euros of Vatican funds.

The money was to be delivered through Vatican-registered foundations affiliated with the Pontifical Council for the Family.

The same company also completed several hundred thousand euros of renovations to Archbishop Paglia’s personal Vatican apartment, the sources said, and funds meant for missionary and charitable work were used to pay for the project.

“The money was transferred to normal management accounts for the pontifical council, and then he used it to pay for the renovation of his apartment,” one source told The Pillar.

Vatican sources disagreed about the exact amount spent on Paglia’s apartment, citing a confusing trail of invoices and receipts, but agreed that the sum was roughly half a million euros.

The foundations involved – including the Fondazione Vaticana Centro Internazionale per la Famiglia di Nazareth, which was set up in 2012 with the primary purpose of constructing a center in the Holy Land – were under the control of the pontifical council at the time.

Some designated projects, including a center caring for children whose parents are in prison, did receive large donations from Paglia’s department in 2013.

But the Family of Nazareth Foundation received only $50,000 of the $474,000 and $375,000 allocations which had been designated for it the previous year, according to sources with knowledge of the 2013 payments.

According to senior sources at the Secretariat for the Economy, the diversion of money was first detected in late 2014, as the secretariat worked to implement new rules on tracking curial expenditures — including requiring “four eyes and two signatures” on all major financial transactions. In early 2015, the matter was referred to the Office of the Auditor General, which investigated, before preparing and submitting a report to Pope Francis.

Sources familiar with the auditor general’s investigation told The Pillar that when he was asked about the funds, Paglia confirmed in a May 2015 memo that the money had been diverted into the pontifical council’s general accounts, and was then paid to the building contractor.

In the May 2015 memo, Paglia claimed he had replaced the money diverted away from charitable purposes.

But sources said that while 600,000 euros did arrive in the Family of Nazareth Foundation’s account later that month, in two installments, the money was drawn from other donations to the pontifical council.

“The sums were never ‘reimbursed’… Yes, he paid [600,000 euros] to one of these funds, but that came from new money… He received new donations, and he paid them over to the [Family of Nazareth], but he never paid [back] the old donations,” a senior Vatican source explained.

“It was new money to replace the old,” another source told The Pillar. “It was meant to be a repayment, but it was simply robbing Peter to pay Paul after the matter was discovered.”

“It was just his way of creating a cloud — a mist,” the source said.

Senior officials close to the Secretariat for the Economy and Vatican’s Office of the Auditor General told The Pillar that Paglia’s financial dealings demonstrate the need for the financial reforms Pope Francis issued last week, which aim at better regulating Vatican-registered foundations.

One source called Paglia’s action an “egregious example” of how curial departmental accounts and Vatican-registered charitable foundations can be used to divert funds away from their intended purpose. But he added that Paglia’s actions were “not unique” — underscoring the importance of the pope’s new regulations on foundations.

Francis issued this month a motu proprio creating explicit oversight regulations for “the various funds, foundations, and entities that, over the years, have sprung up within the curial institutions and are directly dependent on them.”

Those foundations, Francis wrote, administer money legally part of the patrimony of the Apostolic See, and “it is necessary that they are subjected not only to the supervision of the curial institutions on which they depend, but also to the control and supervision of the economic bodies of the Roman Curia.”

Francis made explicit that the Office of the Auditor General and the Secretariat for the Economy, the two offices which detected the diversion of funds in 2015, should exercise oversight over Vatican-registered foundations.

At the time Paglia’s use of the funds was discovered, the prefect of the Secretariat for the Economy was Cardinal George Pell, who departed that role on a leave of absence in 2017 to return to Australia. His term of office lapsed in 2019, as he was in the process of successfully appealing his conviction on sexual abuse allegations, which the country’s High Court quashed later that year.

In 2015, the Office of the Auditor General was Libero Milone, the first person appointed to the position.

Milone was forced from his office, also in 2017, when Cardinal Angelo Becciu, then sostituto at the Secretariat of State, accused Milone of “spying” on the financial affairs of senior curial officials — including Becciu — and threatened the auditor with criminal prosecution.

Milone last month filed a claim for wrongful dismissal in Vatican City court, alleging he was forced out because he had uncovered financial misconduct and corruption among senior Vatican officials and curial departments.

Milone told journalists Nov. 8 that he had documentation and records from his time as auditor general which show instances of embezzlement, misuse of funds, money laundering, and other financial misconduct by senior Vatican figures. The auditor has declined to make those records available to journalists, but said he will present them in court if and when his case is heard.

After Milone’s filed his lawsuit, Vatican prosecutors reopened a criminal investigation into the former Vatican official, looking into allegations that Milone and his former deputy, Ferruccio Panicco “spied” on other Vatican offices.

The Pillar asked Milone to confirm that his office had prepared a report on Paglia’s handling of money intended for charity. Milone declined to comment. Instead, the former Vatican auditor referred The Pillar to public statements made last month.

During a Nov. 8 press conference, Milone told journalists that during his time in office he had discovered irregularities related to Archbishop Paglia, the Pontifical Council for the Family, and the firm of Edilizia Marconi in relation to building work done at the council’s headquarters.

Milone said that payments for the work had been approved by APSA. But, in some cases, the amounts submitted for approval were significantly higher, sometimes double, the amount actually paid to the contractor, as Paglia apparently negotiated discounted rates after the expenditures were approved.

Milone told journalists in November that Paglia had not informed APSA of the discounts, which he negotiated after the fact. The auditor general’s office insisted the archbishop sign a guarantee taking personal liability for the outstanding balance of the original contract, in case the company demanded further payment.

In recent months, Paglia’s leadership of the institution has made headlines, after the publication of the proceedings of a three-day seminar sponsored by the pontifical academy in fall 2021.

In an introduction to the book, titled “Theological Ethics of Life. Scripture, Tradition, Practical Challenges,” Paglia said the text was intended to “introduce a paradigm shift” in the theological ethics of life.

Critics of the book have said it challenges the Church’s condemnation of artificial contraception, reaffirmed in the 1968 encyclical Humanae vitae, and promotes a relativistic approach to the principles of natural law.

Paglia, who was ordained a priest for the Diocese of Rome, was made a bishop by Pope St. John Paul II in 2000, and led the Diocese of Terni-Narni-Amelia until 2012, when he was named the head of the Pontifical Council for the Family by Pope Benedict XVI.

During his time as a diocesan bishop, Paglia was briefly at the center of an artistic controversy, after he was depicted naked (except for his zucchetto) in a fresco of the Resurrection, which he commissioned on a large wall of his diocesan cathedral.