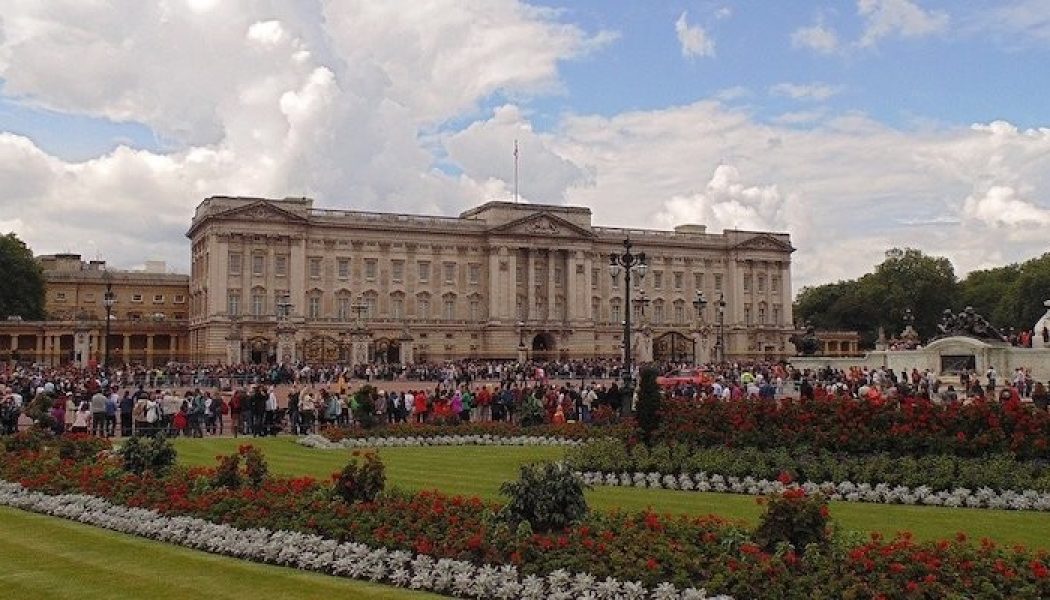 It is rare for a single family to be the subject of action by both Buckingham Palace and the Holy See in the same week. The Spencer clan, though, is no ordinary family—it includes the dukes of Marlborough, Sir Winston Churchill, and, latterly, Diana, Princess of Wales.

On February 19, Queen Elizabeth II bade farewell to Diana’s second son, Prince Harry, Duke of Sussex, telling him and his wife that a dual life of one part royal service to nine parts celebrity appearances was not on. Then on February 20, Pope Francis approved a decree for the “heroic virtues” of Father Ignatius Spencer, Diana’s great-great-great-uncle, putting him on the path to beatification and granting him the title “Venerable.” Harry got Hollywood, Ignatius got heaven.

The Duke and Duchess of Sussex fancy themselves righteous rebels, declaring themselves free of the constraints of royal life so that they can become fabulously rich, instead of just aristocratically rich. Even by show business standards that does seem a bit vulgar, so they have currently dressed it up with the fig leaf of philanthropy. Yet whatever charity Harry and Meghan are raising money for, the real cause is always the same: themselves.

What Harry learned is that English aristocratic life—the great houses, sprawling estates, material wealth, and social station—comes with a set of constraints. It is not an onerous life, but there are expectations and limitations, gilded though they might be.

There is, to begin with, the family seat. Love it or hate it, it is where the family patrimony is, and the incumbent earl is not really free to up stakes and move to the seashore. By all accounts the queen loves Balmoral, the royal estate in the Scottish highlands. I expect that, as a sensible sovereign, she decided to love it. That’s where the queen spends three months every year; the French Riviera is simply not an option.

Harry was born second-in-line and dropping. He will become increasingly irrelevant to the main game, and that is his lot in life, fixed at birth, even as his brother’s lot is to become king. Who remembers the younger sons of King George V, the queen’s uncles? The Dukes of Gloucester and Kent and their heirs are stacked up like cordwood in Kensington Palace. A plush pad on Park Lane or Park Avenue is not an option.

Royals live where they are assigned, and do what they are assigned. Aside from the sovereign and the heir, their accommodations are modest as compared to the mansions of Hollywood or the Hamptons. Frogmore Cottage, the house Harry and Meghan were given on the grounds of Windsor Castle, is the type of thing that hedge fund managers would tear down to build a sprawling winter home in Palm Beach.

The Sussexes discovered that royal life is luxurious but not indulgent, as others have discovered before them. Some, like Princess Margaret, tried to get half in and half out, a failed experiment that Queen Elizabeth was not about to try again. So the Sussexes got out.

Father Ignatius of Saint Paul—George Spencer’s religious name—also got out, realizing that the aristocratic life came with certain expectations. It permits—even obliges—a certain care for the poor, but not of the radical gospel kind. And it means upholding the existing social order—which, when George Spencer was born in 1799, did not permit the highborn to embrace the Catholic faith.

George Spencer was born at Admiralty House in London, grew up at Althorp (the family seat where Diana is buried), and would be educated at Eton. His father, the second Earl Spencer, was First Lord of Admiralty, which is the sort of demanding duty that is expected of such families.

George took Anglican orders in 1824 and his biographer, Father Gerard Skinner, records this of his ministry on his family estate: “His great charity to the poor and wandering beggars was unbounded. At times he gave them all the money he had, and stripped himself of his clothes to give them to the distressed.”

Spencer was a seeker of religious truth, and it led him beyond the comfortable confines of his aristocratic life. On January 30, 1830, Spencer was received into the Catholic Church and was sent to the English College, Rome, for two years of studies. He was ordained a priest in May 1832. His conversion marked a definitive break from the life into which he had been born.

Father Spencer poured himself out in service of the poor and the sick of mid-nineteenth-century Birmingham, enduring the taunts and (literal) sticks and stones thrown at Catholic priests of the time.

When in Rome, Spencer had met Father Dominic Barberi, and helped the Italian priest bring the Passionist order to England. Blessed Dominic, as he now is, received St. John Henry Newman into full communion with the Catholic Church in 1845. Newman, like Spencer, sacrificed a great deal—a life of academic, if not aristocratic, comfort.

Spencer himself would join the Passionist order in 1846, eventually succeeding Barberi as the provincial superior. Known now as Father Ignatius of Saint Paul, he became a great itinerant preacher, traveling the new rail network to give missions all over England and Scotland. He died in 1864, and is buried beside Blessed Dominic in Merseyside.

The Spencer family tree is particularly capacious. If the cultural winds blow fiercely enough, the apple of Harry can fall a great distance from the tree of Father Ignatius. Their lives and choices tell us something of great institutional families. They provide a certain floor in life but also a ceiling. One has to make peace with that, and live within the confines imposed. Those limitations, at best, can serve as guardrails, channelling privilege toward duty and service. They may also uphold a certain social order, blind to injustice against God and man.

Father Ignatius and Harry found, across the centuries, that their lives would not be determined by the accidents of birth. There is something admirable in that, but also risky. Self-determination risks becoming self-destruction, depending on the self. Sanctity makes it something noble, so much so that Father Ignatius now is an adornment to the family from which he removed himself. Self-indulgence makes it something pitiable, as Harry has now been excised from the mission of the family his mother married into.

Raymond J. de Souza is a priest in the archdiocese of Kingston, Ontario.