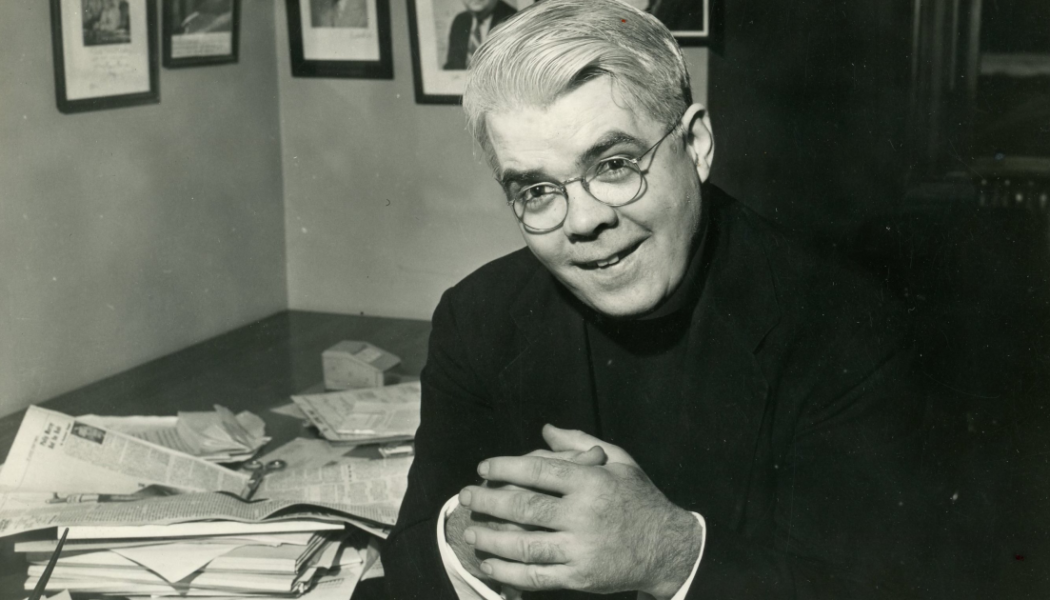 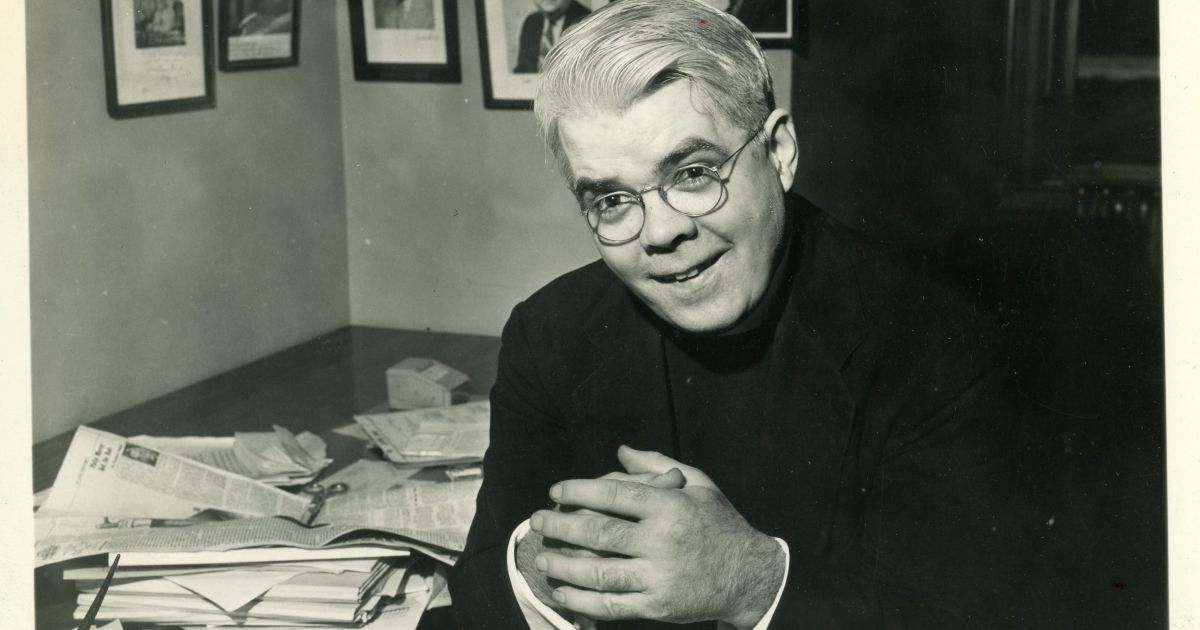 On a cold night in November 1940 in New York, a meeting took place between two men. It would wind up affecting U.S. history and changing the lives of millions of people, most of them alcoholics
.

The meeting was between Bill Wilson, who a few years earlier had founded a group called Alcoholics Anonymous, and a Jesuit priest named Father Ed Dowling. Wilson’s cause of helping drunks get sober was the result of a religious experience that freed him of his addiction to booze.

But the program was not going well. The “Big Book,” his Bible outlining his 12-Step program, was not selling. Wilson was tired of dealing with drunks. He was depressed.

Then a visitor arrived at his door. Dowling, a Jesuit priest, would be essential in helping Wilson gain the strength to carry on. He would also be essential in Wilson spreading the message of AA, a group that now is part of the fabric of American culture and history.

Dowling is the subject of a magnificent new biography,
Father Ed: The Story of Bill W’s Spiritual Sponsor
. Written by the talented and brilliant journalist and Catholic theologian Dawn Eden Goldstein, Father Ed is a wonderful read that elevates an inspiring spiritual leader to the status he deserves. Life would not be the same without Dowling, and his spiritual wisdom is essential for Christians and others curious about the richness that can come from wedding suffering and social purpose to Christ.

Dowling was born in St. Louis, Missouri, and the city was his home throughout his life. A talented baseball player and journalist, Dowling was a funny and energetic young man. He joined the Jesuits in 1919. When he was 23 years old, he was out walking with another Jesuit seminarian, and he felt a pain in his leg. It was the beginning of a disease called ankylosing spondylitis, a form of arthritis. Before he was 30, Dowling had to get around with a cane.

He was in his early 40s when a friend who was a journalist and an alcoholic was in desperate shape from drinking. He decided to visit an Alcoholics Anonymous meeting, which was then a brand new and struggling group of people. After getting over his initial bafflement — a bunch of drunks talking to other drunks to stay sober? — Fr. Ed began to understand “the program” could work.

With a lot of research and engaging prose, Goldstein, a former rock and roll journalist, highlights how Dowling’s Christian humility and devotion became central to the AA movement. Dowling saw a spiritual continuity between AA’s 12-step program and St. Ignatius’s Book of Spiritual Exercises, which intended to bring Christians closer to God.

In 1940, Dowling arrived unannounced at AA’s Manhattan clubhouse to discuss these similarities with Wilson. They struck up a quick friendship, and the priest’s assertion that “God resists the proud and assists the humble” became a crucial influence on Wilson, whose theology emphasized the role of humility in the 12 steps. As Goldstein quotes from one of Dowling’s articles, “Where God’s loneliness and mine are bridged by St. Paul’s union of suffering, I can find the closest approach to God, to power, to achievement, to happiness, to joy!”

Dowling traveled exhaustively, speaking at conferences or organizing events. He was involved in not only spiritual counseling but social causes. The editor of the magazine the Queen’s Work, he led Cana Conferences, which helped prepare couples for marriage, fought to make politics more democratic, and was part of the civil rights movement. In one inspiring example that Goldstein explores, Dowling defied the silence of the Catholic Church surrounding a nun who had been jailed by Adolf Hitler, speaking out in her defense and defending his deacon to do so at a time when courage in criticizing the German dictator was in short supply.

Dowling died during a trip to Memphis in 1960. He was soon forgotten, even inside “the rooms” of Alcoholics Anonymous, whose very existence might not have become a reality without the holy priest. He was a great man and part of a great America, and he deserves the beautifully written and long overdue tribute that is Goldstein’s Father Ed.

Mark Judge is an award-winning journalist and the author of the book The Devil’s Triangle: Mark Judge vs. the New American Stasi
. He is also the author of God and Man at Georgetown Prep, Damn Senators, and A Tremor of Bliss.

Here are the greatest geek gifts ever created by mankind!. See it working. How to choose a desk for the home office.