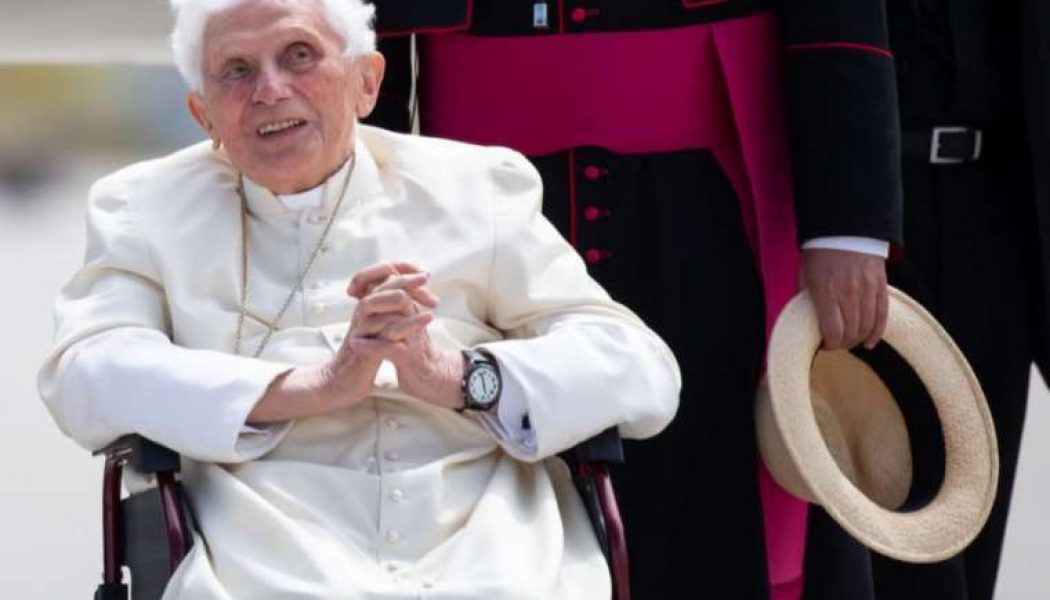 Rome Newsroom, Aug 3, 2020 / 03:21 am MT (CNA).- The Vatican press office offered an update Monday on the health of Pope emeritus Benedict XVI, which can be found here.

Pope emeritus Benedict XVI is sick with a bacterial infection and “very frail,” according to a German newspaper report.

The infection can also result in fever, headaches, and lymphedema. It is treated with antibiotics.

Seewald told PNP that Benedict has been “very frail” since his return from visiting his ailing older brother, Msgr. Georg Ratzinger, in Bavaria in June. Georg Ratzinger died July 1.

Seewald saw Benedict XVI at his Vatican home in the Mater Ecclesia monastery Aug. 1 to present him with a copy of his latest biography of the retired pope.

The journalist said despite his illness, Benedict was optimistic and stated he might take up writing again if his strength returns. Seewald also said the former pope’s voice is now “barely audible.”

PNP also reported Aug. 3 that Benedict has chosen to be buried in the former tomb of St. John Paul II in the crypt of St. Peter’s Basilica. The body of the Polish pope was moved into the upper part of the basilica when he was canonized in 2014.

Like John Paul II, Benedict XVI has written a spiritual testament which can be published after his death.

Benedict XVI resigned from the papacy in 2013, citing advanced age and declining strength that made it difficult to carry out his ministry. He was the first pope to resign in nearly 600 years.

In a letter published in an Italian newspaper in February 2018, Benedict said, “I can only say that at the end of a slow decline in physical strength, inwardly I am on pilgrimage home.”