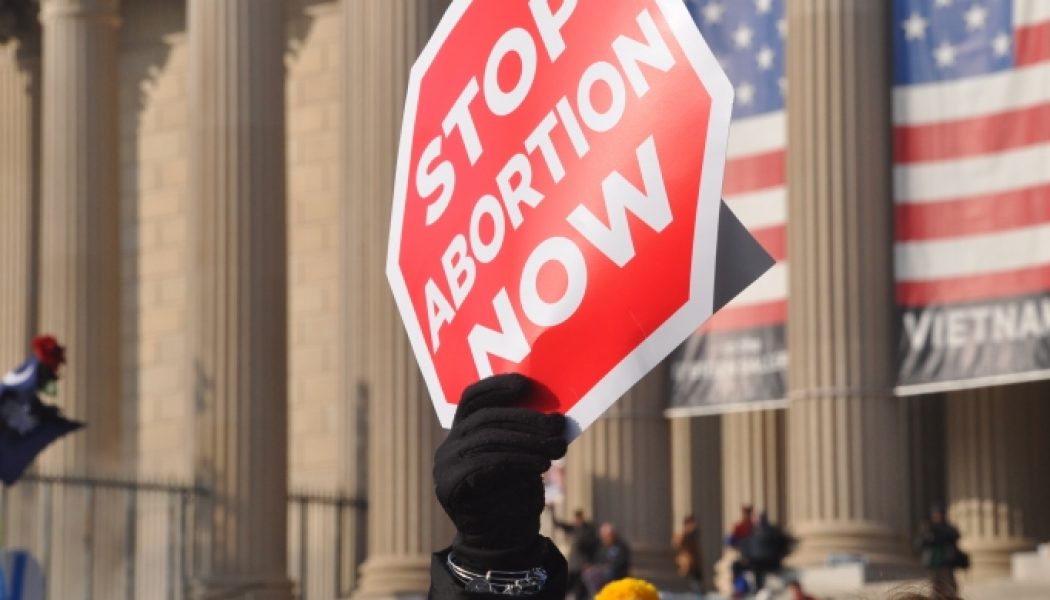 In his post on social media, Msgr. Garrity added that he believes “any woman who becomes pregnant should have the right to choose to give birth to her baby.”

WASHINGTON — A Boston priest has said he believes in “a woman’s right to choose” on the issue of abortion, and will continue his advocacy for Joe Biden’s presidential campaign, despite Catholic teaching on abortion and a Church prohibition on clerical advocacy for political candidates.

In an Aug. 23 Facebook post titled “I AM PRO-LIFE AND SUPPORT JOE BIDEN,” Msgr. Garrity wrote: “I am pro-life and I believe in a woman’s right to choose. I will vote for Joe Biden for President because I believe that Joe Biden is pro-life like me.”

Msgr. Garrity is pastor of a parish in Lexington, Massachusetts.

Biden is running for president on a platform that would codify the full extent of Roe vs. Wade into federal law, effectively preventing any state limitations on the practice. Biden also supports the expanded use of taxpayer funds for abortion.

Msgr. Garrity added that he believes “any woman who becomes pregnant should have the right to choose to give birth to her baby.”

“I am pro-life and I believe that every woman who becomes pregnant deserves to have the freedom to choose life. This is what I believe Joe Biden believes and is one of the many reasons that I will vote for him in November,” said Garrity. The priest urged “Catholics and others” of similar viewpoints to vote for Biden as well.

“The beauty of newborn babies are a reflection of the beauty and goodness of God and should propel us to do all that we can to help expectant mothers to choose life,” he said.

In a statement to CNA Tuesday, Msgr. Garrity stated that he has considered himself “Pro-Life” since he was ordained a priest in 1973, despite his support for legal protection for abortion.

“I believe that it is a tragedy when a woman of any age decides to end her pregnancy prematurely,” said Msgr. Garrity in an email to CNA. The priest added that in his view, Catholics “are also told that we should not be ‘single issue’ voters” and that the Church is “neutral” on the issue of voting.

The U.S. bishops conference has said that ending legal protection for abortion is a “preeminent priority” in public life, and numerous bishops have taught there are few or no issues that could outweigh the gravity of abortion.

In 2008, Bishop (now Cardinal) Kevin Farrell released a joint statement with BIshop Kevin Vann saying that in their view “There are no ‘truly grave moral’ or ‘proportionate’ reasons, singularly or combined that could outweigh the millions of innocent human lives that are directly killed by abortion each year.”

Also in 2008, Archbishop Charles Chaput said of the issue that Catholics who support pro-choice candidates “need a compelling proportionate reason to justify it.”

“What is a ‘proportionate’ reason when it comes to the abortion issue? It’s the kind of reason we will be able to explain, with a clean heart, to the victims of abortion when we meet them face to face in the next life — which we most certainly will. If we’re confident that these victims will accept our motives as something more than an alibi, then we can proceed,” Archbishop Chaput said.

CNA made several requests for comment on Msgr. Garrity’s remarks from the Archdiocese of Boston. The archdiocese did not respond to those requests.

While the archdiocese did not offer any official comment on the matter, one archdiocesan leader did say the priest’s view was contrary to Catholic teaching.

In a since-deleted tweet, Thomas Carroll, Secretary of Education & Superintendent of Schools for the Roman Catholic Archdiocese of Boston, expressed criticism of Msgr. Garrity’s post. He followed it up with an explanation saying that he believed Msgr. Garrity’s view is “100% not” in line with Church teaching, and that he did not “want the 30,000 students in our schools to be led astray by false teachings spread by someone wearing a collar.”

Carroll deleted the tweet on Tuesday afternoon. He referred questions from CNA to the Archdiocese of Boston.

Msgr. Garrity told CNA that he posted on Facebook “to tell Catholics that it is okay to vote for Joe Biden, that they have a moral choice to make in the upcoming election. Cardinal Dolan has publicly endorsed the Republican candidate. He has expressed his personal opinion,” he said.

Cardinal Timothy Dolan of New York has not publicly endorsed a candidate, Republican or otherwise. Cardinal Dolan did offer an invocation Monday at the Republican National Convention, but said explicitly that his presence was not an endorsement and that he has prayed at the Democratic National Convention before, and would again if he were asked.

Cardinal Dolan has, in the past, written of his displeasure with the Democratic Party’s current swing towards abortion advocacy and against school choice, but neither endorsed a specific candidate nor instructed Catholics how to vote.

Calling Biden the “pro-life candidate” despite his support for abortion, Msgr. Garrity told CNA Tuesday that “in the 2016 election, church-going Catholics were told they had no choice by bishops and priests. I am hopeful this will not happen again.”

It was unclear what Msgr. Garrity was referring to in saying Catholics were told by bishops that they had “no choice” but to vote for Trump in 2016. The bishops do not endorse candidates; canon law prohibits clerics from taking “an active role in political parties” and civil law forbids nonprofits from endorsing political candidates.

Another diocesan priest, Fr. Frank Pavone, recently stepped down from an advisory position in Donald Trump’s reelection campaign, telling CNA he had done so at the direction of Church authorities. Fr. Pavone has continued to advocate for Trump, though it is unclear what ecclesiastical leaders he is accountable to.

In 2008, Chicago priest Fr. Michael Pfleger drew attention for appearing as part of a “People of Faith for Obama” coalition during then-Senator Barack Obama’s primary battle against Hillary Clinton for the Democratic Party’s presidential nomination.

Fr. Pfleger’s bishop, Cardinal Francis George, said at the time that “while a priest must speak to political issues that are also moral, he may not endorse candidates nor engage in partisan campaigning.”

Msgr. Garrity told CNA that no matter who is elected in November, abortion “is not going away even if Roe v. Wade is overturned,” and that it “has become a wedge issue that is being used to divide people for narrow political gains.”

“I believe, with Pope Francis, that ‘Our defense of the unborn needs to be clear, firm and passionate for at stake is the dignity of a human life, which is always sacred and demands love for each person, regardless of his or her stage of development,’” said Garrity.

In January, Pope Francis told Archbishop Joseph Naumann, chair of the USCCB pro-life committee, that the right to life was “the most fundamental right.” During the same ad limina visit to Rome by several U.S. bishops, Pope Francis reportedly agreed with Archbishop Robert Carlson of St. Louis that abortion is the “preeminent” issue facing the United States, along with the transgender movement.

In the past, Pope Francis has called abortion akin to “hiring a hitman.” In 2019, ahead of the Italian “National Day for Life,” Pope Francis requested that politicians, “regardless of their faith convictions, treat the defense of the lives of those who are about to be born and enter into society as the cornerstone of the common good.”