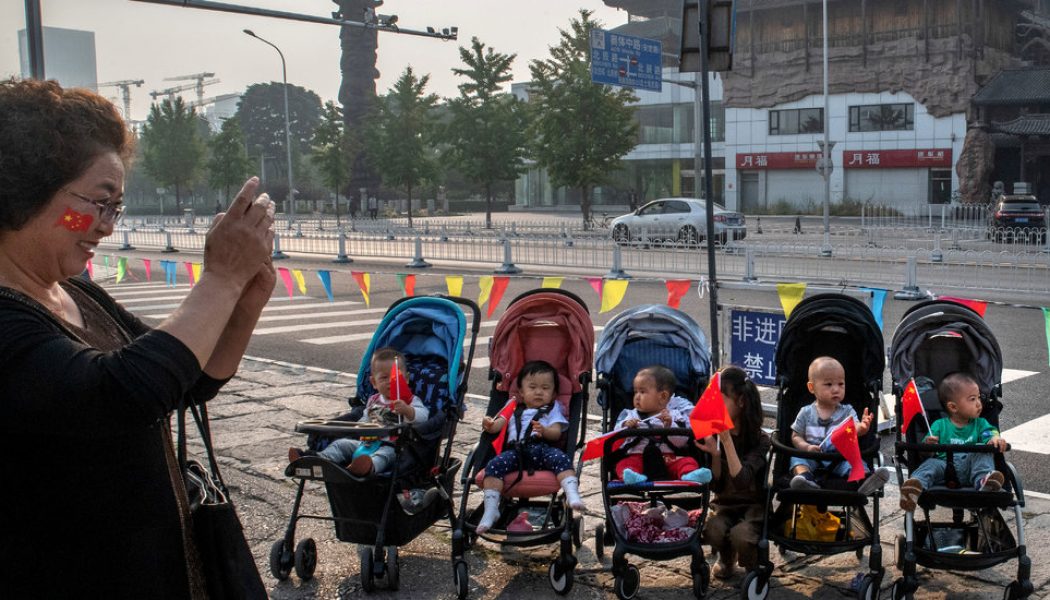 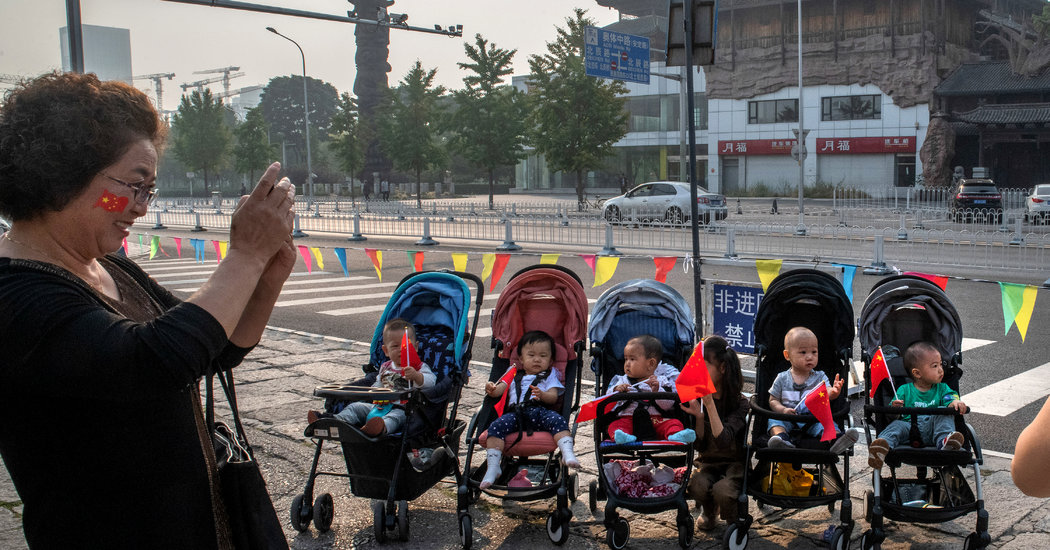 BEIJING — The number of babies born in China last year fell to a nearly six-decade low, exacerbating a looming demographic crisis that is set to reshape the world’s most populous nation and threaten its economic vitality.

About 14.6 million babies were born in China in 2019, according to the National Bureau of Statistics. That was a nearly 4 percent fall from the previous year, and the lowest official number of births in China since 1961, the last year of a widespread famine in which millions of people starved to death. That year, only 11.8 million babies were born.

Births in China have now fallen for three years in a row. They had risen slightly in 2016, a year after the government ended its one-child policy and allowed couples to have two children, a shift that officials hoped would drive a sustained increase in the number of newborns. But that has not materialized.

Experts say the slowdown is rooted in several trends, including the rise of women in the work force who are educated and don’t see marriage as necessary to achieving financial security, at least for themselves. For Chinese couples, many cannot afford to have children as living costs increase and their jobs demand more time and energy. And attitudes have shifted.

“It’s a society where nobody wants to get married and people can’t afford to have children,” said Wang Feng, a professor of sociology at the University of California, Irvine. “On a deeper level, you would have to think about what kind of society China will become, not just demographically, but socially.”

Eno Zhang, a 37-year-old engineer in a tech company in Beijing, said he had argued with his parents for 10 years about his decision not to have children. They have since given up, he said.

“I value my spiritual life and hobbies,” Mr. Zhang said. “Children will consume too much of my energy. This is something I cannot accept.”

While many countries are struggling with low fertility rates and aging populations, these issues are even more pressing in China, because the country’s underdeveloped social safety net means that most older adults rely heavily on their families to pay for health care, retirement and other expenses. Many young married couples are expected to shoulder the burden of taking care of their parents, in-laws and grandparents, without the support of siblings.

The birthrate in China fell to 10.48 per thousand last year, the lowest since the founding of the People’s Republic in 1949, a decline that has important implications for the country’s economy and labor pool. If birthrates continue to fall while life expectancy increases, there will not be enough young people to support the economy and the elderly, the fastest-growing segment of the population.

That will put pressure on the country’s underfunded pension systems, its overcrowded hospitals, and companies.

Making matters worse, the slowing birthrate has meant that China’s main state pension fund, which relies on tax revenues from its work force, risks running out of money by 2035 because of a decline in the number of workers, according to research commissioned by the government-backed Chinese Academy of Social Sciences.

Despite the looming demographic crisis, the government still maintains tight control over reproduction.

The ruling Communist Party had sought for three decades to slow population growth by limiting most couples to one child and forcing many women to undergo abortions and sterilizations. In 2015, alarmed by the slump in births, it increased that limit to two children.

Even as the government is now trying to encourage people to have babies, it is sending mixed signals. It still punishes couples who exceed the birth restrictions. The authorities fine single women who bear children, and bar them from using reproductive technologies like freezing their eggs.

The government’s effort to raise the birthrate is also running into broader economic and social changes.

Education, housing and health care costs are rising. More women are getting university degrees and are reluctant to interrupt their careers. Some among the current generation of women of childbearing age, themselves the product of the “one child” policy, don’t see what the fuss about offspring is all about.

Dong Chang, a 28-year-old administrative employee at a dentist’s clinic in Beijing, said millennials like her enjoyed spending on themselves without batting an eyelid and would find it hard to sacrifice their wants for a child.

“We are all only children, and to be honest, a little selfish,” she said. “How can I raise a child when I’m still a child myself? And take care of him and feed him at midnight?”

Ms. Dong said that she was living with her boyfriend but that they had decided to not get married for the time being because they didn’t want their parents to hound them about having children.

Melody Lin, a 26-year-old worker at a nonprofit, said she couldn’t think of a reason to have a child. She said she had thought about conforming to societal norms and starting a family but decided against it after reading arguments that not all women need to have children.

“My parents think that I’m still young and will change my mind when I get older, but I think it’s unlikely,” she said.

China’s total fertility rate — an estimate of the number of babies a woman would have over her lifetime — has fallen to 1.6 children per woman, and for years has generally remained below the “replacement” level of 2.1. That means China could soon see a shrinking population and a work force too small to support its pensioners.

The Chinese Academy of Social Sciences said last year that China’s population contraction would begin in 2027. Others believe it will come sooner or has already begun. The accuracy and completeness of China’s population figures, like other sensitive statistics, have been questioned for years, making exact projections and comparisons difficult.

Cai Yong, an associate professor of sociology at the University of North Carolina, said he expected the low fertility rate to continue for at least a decade.

“There are a lot of parallels with this demographic crisis to global warming,” Dr. Cai said. “The waters are rising slowly, and we need a longer term strategy to deal with it.”

You won't need to de-ice your door locks to enter your car anymore. Disclaimer. Unique.