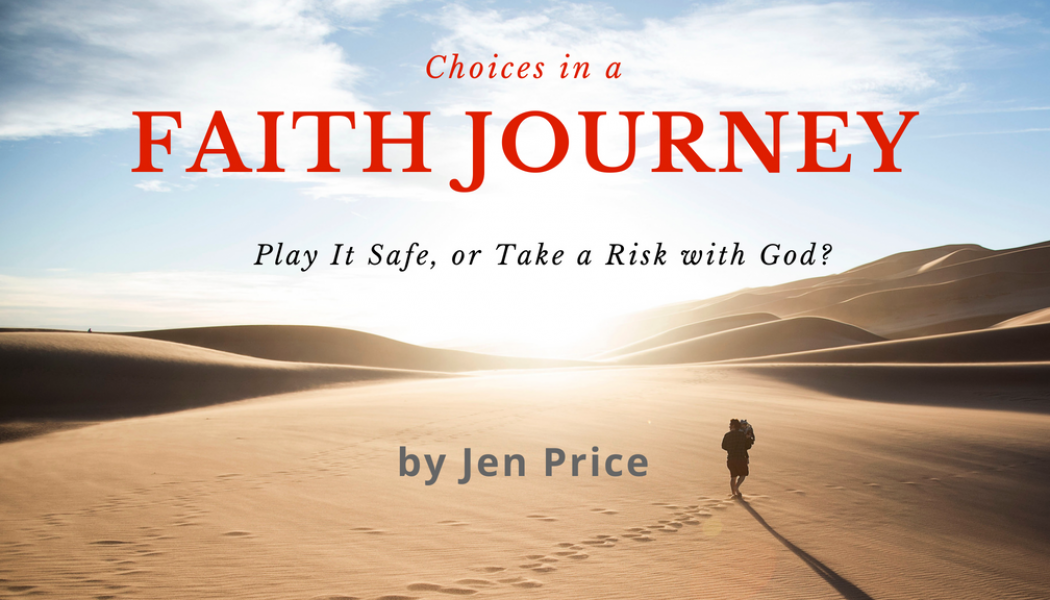 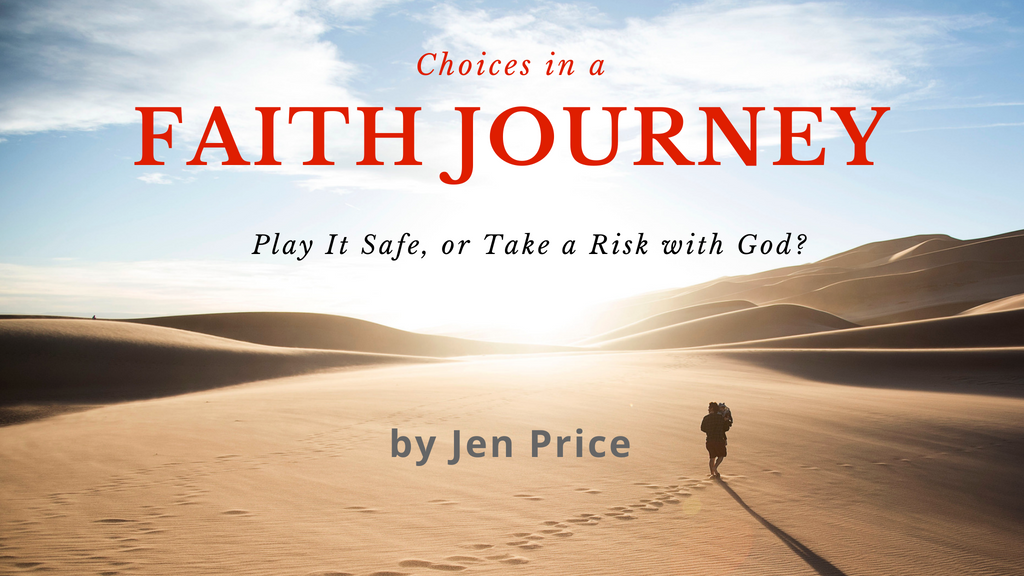 My daily devotional consisted of studying risk takers, AKA crazy people, in the Bible. It was a pivotal year for me in my faith journey.

I’m not a natural risk taker. Far from it, actually. I like to control my environment and make calculated decisions. I call it wisdom, but in reality, it teeters on a lack of faith.

And as someone who’s not a risk taker, the words of the December 9 entry of Jesus Calling strike me to the core:

“Be willing to go out on a limb with Me. If that is where I am leading you, it is the safest place to be. Your desire to live a risk-free life is a form of unbelief . . . In order to follow Me wholeheartedly, you must relinquish your tendency to play it safe.”

Have you ever looked up the definition of risk? In case you haven’t, you will find charming phrases like “a situation involving exposure to danger”, “the possibility that something unwelcome or unpleasant will happen,” and “a person or thing regarded as a threat or danger, possibility of financial loss.” And there’s one definition that kind of has a positive sound to it: “a person or thing regarded to turn out well or badly, depending on the context.”

Here’s the thing about risk: it’s about possibility. You don’t know what the outcome will be.

Thankfully, the One who is asking us to risk with Him is the most trustworthy, reliable, loving Being in the universe—and that should bring us peace of mind. And the Bible is chock full of risk takers who knew the possibility of failure, but chose to put their faith in God rather than play it safe. I can think of a few off the top of my head:

Many people risked so much. They didn’t know what the outcome would be. They only knew the possibilities, and some of those possibilities were grave. Their situations were different, but they all had faith in God that compelled them to choose taking a risk with Him, despite the heavy cost.

Those who know your name trust in you, for you, Lord, have never forsaken those who seek you.
Psalm 9:10

Even though I walk through the darkest valley, I will fear no evil, for you are with me; your rod and your staff, they comfort me.
Psalm 23:4

As I mentioned, I’m not a risk taker. But in 2007, I took one of my biggest risks when our family of four, including a 5-year-old and 2-year-old moved, to South Africa to show God’s love to orphans and vulnerable children.

It may sound glamorous, but it wasn’t. And it isn’t. Sure, it’s rewarding, but it’s hard. Sometimes I cry out with tears streaming down my face that I can’t do it anymore, that I have to quit, that the load is too heavy.

God never said the risk would be easy. He only asked me to relinquish my “play it safe” attitude, to walk hand in hand with Him. It’s a daily decision, but He is so worth mustering up my faith to take a risk with Him.

Wife, mother, lover of people, writer, and world traveler, Jen Price has traveled to dozens of countries, not merely as a tourist, but rolling up her sleeves and going well off the beaten path so that she might get to know the people, learn the culture, and find the heart of the place. In 2005, Jen co-founded Ten Thousand Homes, an organization dedicated to bringing hope and home to thousands of children orphaned in sub-Saharan Africa. Currently she and her family live in South Africa. Jen’s side hobbies include writing, photography, and creating warm and welcoming spaces. You can check out her stories and photos on her blog, jeremynjenprice.blogspot.com.