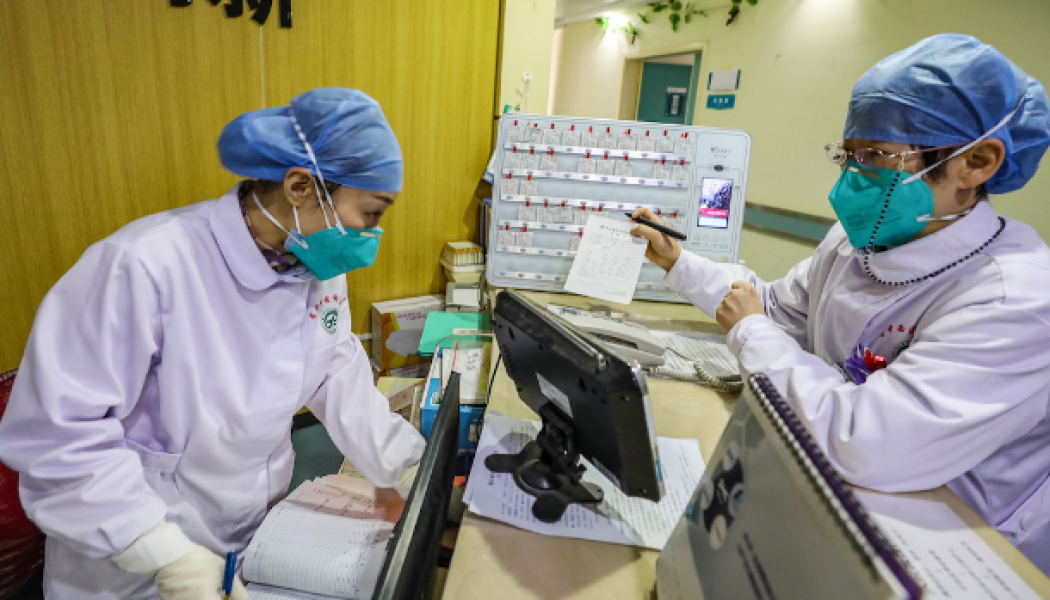 Countless Catholics and other Christians across China are facing a weekend without church services and changed Eucharistic practices after the coronavirus spread to every province, the infection rate surpassed SARS and the World Health Organization declared a global emergency. Human rights groups have become increasingly disturbed at controls being enforced by Chinese authorities, including heavy censorship, some of which are considered by medical experts to be counterproductive, as governments around the region scrambled to get citizens out of the Hubei province quarantine zone. The death toll had climbed to 213 in China with 9,692 infections as of Jan. 31. Hundreds more cases have been reported around the world and tens of thousands of people are under observation. The UK today reported its first two infections. The infection rate is doubling daily as governments across the world mobilize to prevent the spread of the disease. A shortage of test kits has seen people in Hubei turned away from hospitals, leading to warnings that the real number of infections is much higher. Churches in Hubei, the epicenter of the virus which is thought to have originated in a market in its capital Wuhan, were closed last Sunday and two other provinces have announced a ban on church services. More are expected to follow. News reports also noted that the former hospital of the Missionary Sisters of St. Columban, now known as Wuhan’s Number 5 Hospital, was designated as one of the hospitals to receive coronavirus patients. The ruling Communist Party took charge of church property after it won the country’s civil war in 1949. The Chinese government’s response to the coronavirus outbreak was initially delayed by withholding information from the public, under-reporting cases of infection, downplaying the severity of the infection, and dismissing the likelihood of transmission between humans, according to a report issued on Jan. 30 by Human Rights Watch. “Since mid-January, authorities have taken a more aggressive approach, quarantining 50 million people in an effort to limit transmission from the city of Wuhan in Hubei province, where the virus originated, to the rest of China. In addition, authorities have detained people for ‘rumor-mongering,’ censored online discussions of the epidemic, curbed media reporting, and failed to ensure appropriate access to medical care for those with virus symptoms and others with medical needs,” the group said, Yaqiu Wang, China researcher for HRW, said: “The coronavirus outbreak requires a swift and comprehensive response that respects human rights. Authorities should recognize that censorship only fuels public distrust and instead encourage civil society engagement and media reporting on this public health crisis.” First-hand accounts from Wuhan that have managed to jump the Chinese government’s internet censorship describe a ghost town where residents in high-rise apartment blocks flash lights at each other, starved of any news except official reports. Anger is rising against the authorities in China and especially Hong Kong, which stopped high-speed trains from entering and leaving the city on Jan. 30 as well as halting ferries to Macau and the mainland. Hong Kong protesters exploded a bomb in a toilet at the city’s Caritas Medical Centre on Jan. 27 — the first of three devices exploded in public areas in 24 hours —  as anger with Beijing and the Hong Kong government seeped into the local administration’s response to the escalating coronavirus epidemic. No one was injured as the facility where hundreds of people were evacuated but an online message warned that “this is only the start”. The Caritas facility is one of a string of Catholic hospitals that are an integral part of Hong Kong’s medical system and gain public funding. Caritas and other Catholic medical religious orders have no presence on the Chinese mainland due to increasingly strict rules that govern non-government organizations and charities. Person-to-person transmissions — in contrast to people arriving in overseas destinations carrying the disease — are beginning to be reported around Asia and further afield. The Philippines has taken a lead from Taiwan and started a program of sending Chinese tourists home in an effort to keep the spread of the virus to a minimum. Observers said they expected that China would ban people from returning to work until at least Feb. 8 as it became clear that the incubation time for the virus is as long as 14 days. Many countries have closed schools and set up quarantine areas for people returning from China after the Spring Festival holiday. Jiangxi province, Shanghai, Zhejiang, Longgang and Cangnan County have issued emergency notices suspending large gatherings. Pope Francis prayed for people in China in his Angelus address on Jan. 26: “May the Lord welcome the deceased in his peace, comfort families and support the great commitment of the Chinese community, already put in place to fight the epidemic.”

Thank you. You are now signed up to our Daily Full Bulletin newsletter