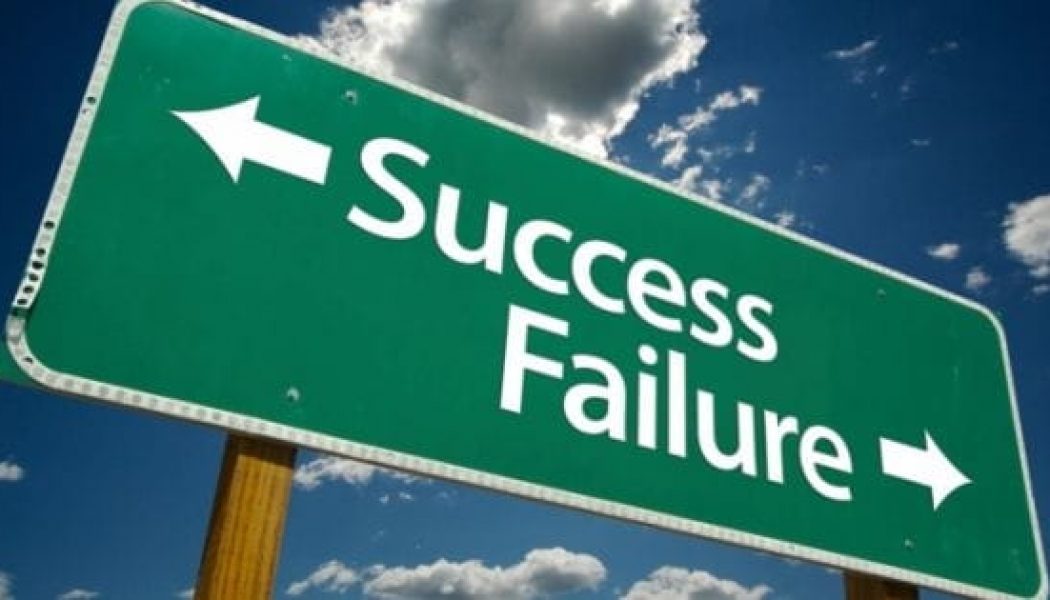 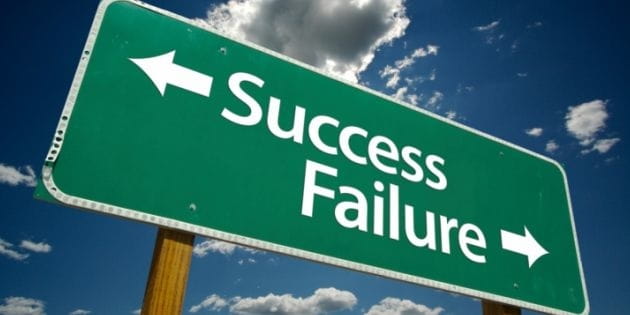 “Begin with the end in mind” is a phrase that might be familiar if you know of Stephen Covey’s book The Seven Habits of Highly Effective People. In the book, Covey notes with amazement how often people jump into projects, hobbies, relationships, and careers without first asking the simple question: “How do I want this to turn out?” Many spend their entire lives climbing a ladder to “success” only to be disappointed at the end because their ladder was leaning on the wrong wall.

The question is, what’s the right wall to set the ladder of your life on? Covey advises to picture success by starting with your own desires. Just imagine life as you want it to be. “Follow your heart” is the cliche du jour that comes to mind. It’s become the slang way of saying listen to your intuition, which works well for practical matters like choosing a career that fits your skills, passions, and personality. But “follow your heart” does not work so well for everything like say… your motives.

The Bible says that the human heart is deceitful and warped by the fall (Jer. 17:7-11). This commonly plays out in the way people live their lives without regard for their Creator. There’s something deeply immoral about that. It’s far worse than hate. It’s arrogant indifference. Pretending to be independent from God, people chase after their own ideas of happiness, success, and fulfillment. But God says apart from Him, such pursuits are vanity… emptiness. Just read Ecclesiastes.

The truth is, we can’t follow our hearts fully. It’s dangerous. Any definition of success that starts with, revolves around, and ends with ourselves is doomed to disappoint. In the ultimate sense, true success begins by humbly aligning oneself with God’s definition of it.

It’s true that we do need to begin with the end in mind—God’s end. Psalm 92 is where we see that very clearly.

1 It is good to give thanks to the LORD, to sing praises to your name, O Most High;

2 to declare your steadfast love in the morning, and your faithfulness by night,

3 to the music of the lute and the harp, to the melody of the lyre.

4 For you, O LORD, have made me glad by your work; at the works of your hands I sing for joy.

5 How great are your works, O LORD! Your thoughts are very deep!

6 The stupid man cannot know; the fool cannot understand this:

7 that though the wicked sprout like grass and all evildoers flourish, they are doomed to destruction forever;

10 But you have exalted my horn like that of the wild ox; you have poured over me fresh oil.

11 My eyes have seen the downfall of my enemies; my ears have heard the doom of my evil assailants.

13 They are planted in the house of the LORD; they flourish in the courts of our God.

14 They still bear fruit in old age; they are ever full of sap and green,

15 to declare that the LORD is upright; he is my rock, and there is no unrighteousness in him.

What’s God’s definition of success?
Success, according to Psalm 92, is being a righteous person who bears good fruit until the day he or she dies. As verse 14 says, “They still bear fruit in old age; they are ever full of sap and green.” Even at the end of life, when the temptation to grumble and be selfish is often overwhelming, the “Psalm 92 person” brims with spiritual health.

That’s the wall to lean your ladder on: Don’t follow your heart. Aim to become a Psalm 92 person. Aim to finish life well. In speaking of a person as a ‘sap-filled’ soul, Psalm 92 evokes the image of a healthy tree. For a tree to be filled with sap it needs to have strong roots. And throughout Psalm 92, we see at least seven roots that we’ll examine below. Let’s call them The Seven Habits of Highly Successful People. Think over them and see how strong yours are.

#1  Delighting in God (v. 1). To say “it is good to give thanks to the Lord” means that the Psalm 92 person finds it enjoyable. He isn’t merely paying lip service to God out of a sense of obligation.

#2  Experiencing God 24-7 (v. 2). As verse two says, the Psalm 92 person “declares God’s lovingkindness in the morning and His faithfulness at night.” Scholars tell us that this phrase is a poetic device known as inclusio, which can be thought of as bookends that convey a larger concept. The words morning and night here express the reality that God is central in the righteous person’s life all day, every day. In other words, he doesn’t just know truths about God, but knows God by experience in an ongoing, continuous relationship.

#3  Singing to God (vv.3-4). Because the greatness of God elicits gladness and joy, it must be expressed in order to be healthy and complete (vv.4-6). And rather than bow to the idol of his particular musical taste, the Psalm 92 person embraces the full spectrum of musical sounds—from soft melodies on the harp to (as verse 3 says) loud or “resounding” (NASB) music on the lyre. These instruments represent the complete array of musical tools that were available at the time. In our day, the options have become even broader—from the tin whistle to the electric guitar. A righteous person understands that the wide variety of human expression in music is not only evidence of God’s creative genius, but also of His common grace.

#4  Pondering the deep things of God (vv. 5-6). Instead of settling for a lazy, shallow, formal, legalistic, or merely emotional faith, the Psalm 92 person stirs himself up to consider the wisdom, depth, and greatness of God. Psalm 92:2 provides an example of this. It says that the righteous person focuses on God’s “lovingkindness.” The Hebrew word for “lovingkindness” is a technical term for God’s covenant loyal love. That love is the basis for enjoying a secure relationship with God. In other words, we can know God and understand Him in an ever-deepening way because God made specific promises and lovingly fulfilled them in history through the person and work of Jesus Christ.

#5  Recognizing God’s transcendence (v. 8). The righteous person realizes that people are in no way equal to God. So, we do not regard Him in a casual way as if He’s our “good buddy” or “the man upstairs.” We can never legitimately view Him with suspicion or call Him into judgment. So, we don’t arrogantly yell at God or express a settled anger towards Him. Instead, the Psalm 92 person declares that God is the “Most High” (v.1) and that He remains “on high forever” (v. 8). God is ontologically in a category of being all His own, far above anything in His creation.

#6  Trusting God (vv. 7-11). Instead of giving in to bitterness or cynicism, the Psalm 92 person rests securely in the fact that God gets the final say in the end. Even though “evildoers [may temporarily] flourish, they are doomed to destruction forever.” The word “behold” in Scripture urges the reader to pause and consider. And in verse 9, we see the word twice. It’s as if the writer is saying, “Don’t judge things by appearances. I mean it. Stop and think. Who made this world? Who will judge this world? ‘Behold, Your enemies shall perish; all evildoers shall be scattered.’”

#7  Growing together with the people of God (v. 13). As verse 13 says, “They are planted in the house of the LORD; they flourish in the courts of our God.” The place of flourishing according to the Bible is not in the prayer closet all alone. It’s living in community with others who call on the same God. We haven’t just been called to believe in God individually, but to belong to the people of God collectively. Verse 14 says “they still bear fruit in old age.” Interestingly, the fruit described in Galatians 5:22-23 can only be seen in the context of human relationships. Think about it: love, joy, peace, patience, kindness, goodness, faithfulness, gentleness, self-control. If you’re not close enough to others, you never have to navigate the kinds of problems and conflicts that naturally arise in relationships. Therefore, you never have to rely on God to produce His fruit of righteousness within you. Clearly then, the Christian life has both a personal dimension and a communal aspect to it. Like two wings of an airplane, neither of them works without the other.

A Personal Example
Maybe you know an older believer who embodies these seven habits. My own ‘ninety-something’ grandmother comes to mind. We call her “Meme” because my older brother couldn’t say her name when he was a toddler. “Jamye” came out as Me-me and it just stuck.

Right now, she lay in a hospital bed and may never rise to health again in this life. I called her on the phone not long ago to cheer her up. Instead, she brought cheer to me. Rather than complain about her pain, she recounted truths she had read that morning in her well-worn Bible. She mentioned hymns that had floated through her mind throughout the day. She talked about her Christian friends and took time to ask me about my family and how things were going in life and ministry at our local church. She prayed with deep gratitude and praise to God as our conversation came to an end. Strong roots bear good fruit.

They still bear fruit in old age; they are ever full of sap and green,
to declare that the LORD is upright;
he is my rock, and there is no unrighteousness in him.

Meme’s life hasn’t been perfect and probably won’t improve in this world. As she faces what may be her final moments, she can hardly remember what it was like to have a pain-free day. Like Meme, you may be realizing that you’ll never be the picture of perfection in this life. But by God’s grace in Christ, you can become the picture of success.

Alex Crain is an editor at Salem Web Network. He also serves as the worship pastor at Harvest Christian Fellowship in the Richmond, VA area where he lives with his wife and three children. Follow him at his blog and on Twitter @alex_crain