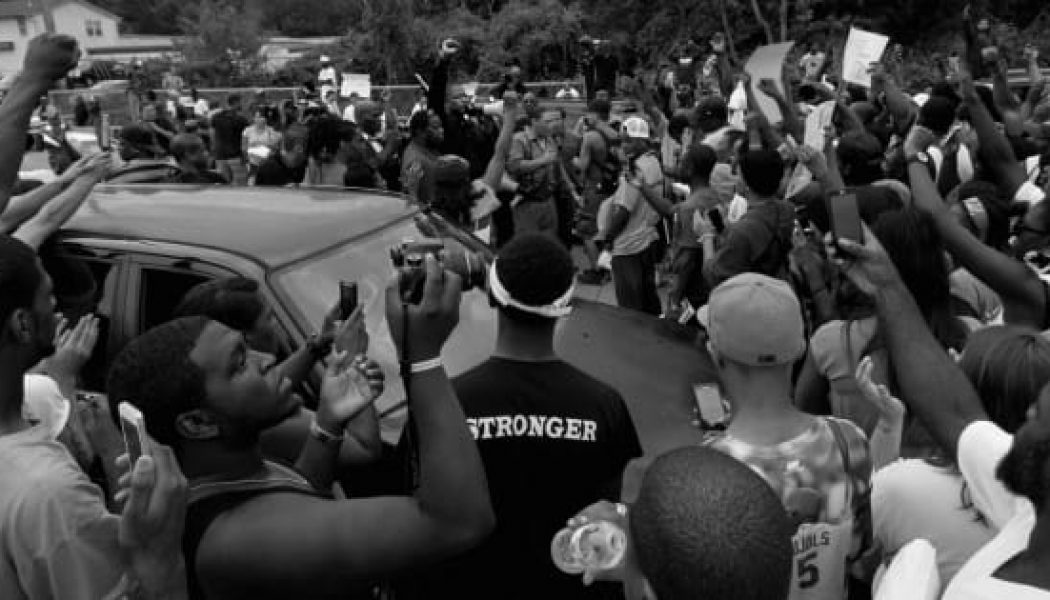 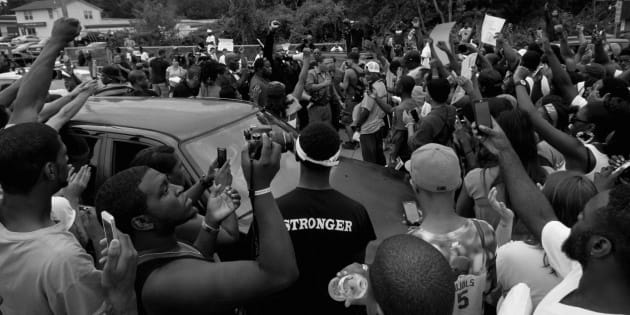 “The duty of the grand jury,” read the St. Louis County Prosecutor carefully, “is to separate fact from fiction.” Following the August 9th shooting death of 18-year old Michael Brown, jury members met twenty-five days. They reviewed seventy hours of testimonies. They compared eye-witness accounts against physical evidence. They heard from medical examiners and were instructed on the law.

Their decision: Officer Darren Wilson will not be charged with a crime in the tragic death of Mr. Brown. Officer Wilson, the jury came to believe, acted in legitimate self-defense.

During the announcement, most people in the streets seemed calm, as if they expected and could respect this careful outcome, go home and carry on with their lives. Before long the professional agitators kicked into gear, some provoking the worst in human nature in the name of “justice,” leaving no crisis unexploited, and the black community in Ferguson loses again. St. Louis loses. America loses. The redemptive moment might be missed.

Perhaps it is the agitators who are the  “racists” for not calling forth the highest in young people (I don’t like using that word, forgive me). For using people to do their bidding. For not caring about people of all “races” in America. My 76-year old friend, Ruth, emailed friends for prayer at 1:40a.m.

“Police officer just shot near two of my kids’ homes. Ferguson is burning – hundreds of gun shots preventing firemen from fighting the fires. So hard to watch. Small family businesses, and many black. They are coordinated and I do not even want to go to bed because no one knows where they will strike next. Already hitting another neighborhood a good distance away. No one asking who is torching the communities.   We were supposed to be at a Thanksgiving program for our 7 years old grandkids. Have no idea what the morning will look like. Pray for our city.”

I am trying to understand why the facts of the case might not be sufficient as some mild consolation, and the beginning of closure, and healing. I realize that Ferguson is about one tragedy, and also the larger hope of no such future tragedies. “For many, this is about an incident,” wrote Ed Stetzer of LifeWay in Christianity Today last night. “Yet, for many African-Americans, it’s about a system.”  I see that, and so I am listening still.

With so many deaths of urban black youths each year, how did this story break through to such international attention? The telling of that full story would include the death of Michael Brown, concerns about the role of race in police forces, the historic and on-going economic struggles of African-Americans, unmet political expectations, disagreement about natural and human law, and, according to American Thinker, a curious mixture of forty-five (45) activist organizations arriving in Ferguson. Some of these mean well and some of which are good at fanning tragedy into crisis. Groups included CAIR and other Islamist groups, the Black Panthers, Sojourners, Rev. Jim Wallis, Rev. Al Sharpton, Rev. Jesse Jackson, Cornel West as well as local churches and quiet, caring citizens who just want cameras to go away and their town to return to normal.

Journalists should be asking, who profits from chaos, adding injury to injury? Who funds the agitators and why? Why are Islamists there with Black Panthers and the “Christian” Left’s agitators? Why have many such groups, for more than a decade now, been funded by atheist billionaire George Soros and his tribe for their political and social engineering projects? And why does the mainstream media ignore the money behind much American theater that pits people against one another? (Answer, because Soros and friends also subsidize much media to not tell that story but to tell other stories.) [CLICK TO READ FULL ARTICLE]

Before long some police cars were attacked and set on fire. An American flag was burned for the cameras. Liquor store windows were smashed with baseball bats and bottles were carried off. And churches became houses of protection and prayer.

“In the midst of these struggles stands the church, a communion of Christians who all profess faith in Jesus Christ, in whom there is ‘neither Jew nor Greek, male nor female’ and, we might add, neither black nor white,” wrote Amy Julia Becker in Christianity Today (Nov.11, 2014).

Where is the hope, going forward? With the loss of biblical literacy, and rise of division-politics, perhaps we forget to treat one another as members of one human race. We are vulnerable to those who divide us into races, genders and classes and tell us that others mean us harm. Sometimes others do mean us harm, but rarely.

As I watched Ferguson tonight, I also pondered a study on the growing discontent of all “races,” in America.  By way of reminder, the 21st century has not been kind to many Americans. Perhaps if we name this, we might become more kind to one another. The metrics of decline are ever-present in recent years. The decline of marriages and child-bearing. The decline of employment. The decline of a sense of security. The decline of optimism.

What can move us in the direction of healing? Healing and hope come as we recall the unique biblical teaching of human beings made in the image of God, as one human race. We are created to love the Lord and to love one another. We are made with intrinsic dignity, with conscience, moral responsibility and creativity. Each of us is fearfully and wonderfully made, and as the Lord put it in Genesis, “very good.”

Racism lowers the expectation of humanness in a person because of ‘color’ and culture, as if some people are mere mortals, and others are spirits in flesh. But we are made equally in the image of God.  For this reason, it is loving to encourage one another in Godliness. Social disadvantages add to our compassion for one another on the journey of becoming human. It is loving to hold one another accountable to our nature as fallen people who are also offered redemption, by God’s grace.  Not only is it loving, it is the only hope for change. Again, we are made equally in the image of God.

We are of various ethnicities but only one race. As C.S. Lewis states it, “You’ve never met a mere mortal.” Yes we are also deeply fallen. So much so that Jesus suffered and rose for us, that we would become human again, as we follow him.

Perhaps Ferguson can remind us how very good it is to be human — beneath the color of our skin.

“Be gentle with each person you meet, for each of them is fighting a great battle.”
—Philo of Alexandria (20 BC – 50 AD)

Kelly Monroe Kullberg is the author of the best-seller Finding God at Harvard and founder of the Veritas Forum in many universities. She is currently developing The America Conservancy, to inspire and accelerate American renewal. Follow her on Twitter @kellykullberg.