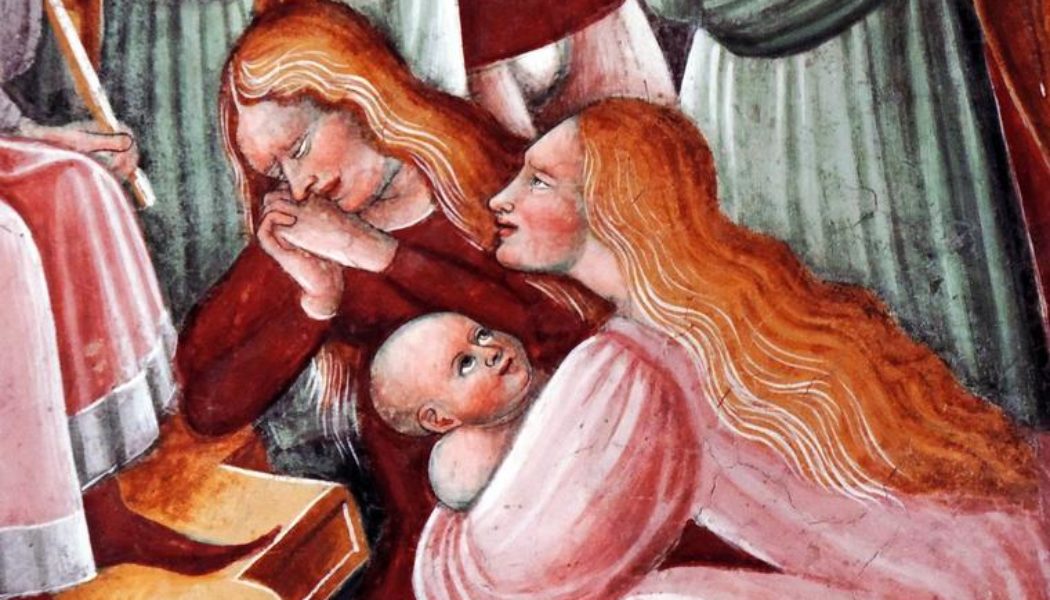 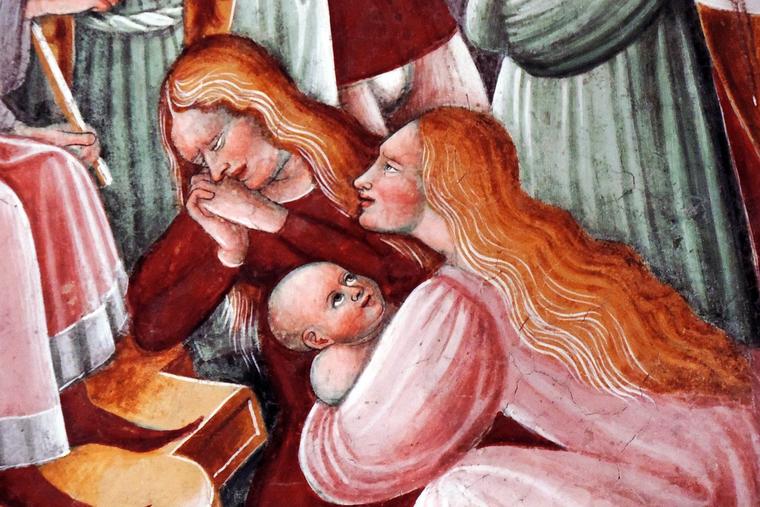 For the first time in our world’s history, with the feast of the Holy Innocents, the lives of babies were celebrated simply for their existence.

“When Herod realized that he had been deceived by the magi, he became furious. He ordered the massacre of all the boys in Bethlehem and its vicinity two years old and under, in accordance with the time he had ascertained from the magi. Then was fulfilled what had been said through Jeremiah the prophet: A voice was heard in Ramah, sobbing and loud lamentation; Rachel weeping for her children, and she would not be consoled, since they were no more.’” (Matthew 2:16-18)

The Feast of the Holy Innocents feels jarring in the midst of the joys of the Christmas Octave, beginning with the Birth of Christ and ending with the Solemnity of Mary, Mother of God. Yes, during those eight days we also remember gruesome martyrdoms (St. Stephen’s feast day is Dec. 26 and St. Thomas Becket’s is Dec. 29), but those deaths, bloody and painful as they were, were borne by consenting adults, joyfully willing to offer their lives for their faith.

The Holy Innocents could make no such decision. They were the male children aged 2 and under, condemned to die by Herod out of fear of the newborn Messiah. They are considered the first Christian martyrs, but they, and their anguished parents, had no choice in this suffering.

Every year, this feast day comes around and while I am grateful that the Church acknowledges these little lives, my heart breaks for the mothers of these innocent babies. I instinctively scoop up my own precious golden-haired boy, who would not have escaped Herod’s wrath. Those women did not even have the comfort of knowing for whose life their babies had died. They had no way of knowing that the salvation of their people was at hand, nor could they know that their own suffering, and that of their children, would be redeemed and remembered in eternity. All they had was the pressing, helpless grief of watching their little ones be slain before their eyes.

In the Gospels, the joy and wonder of the Incarnation seems incongruent by this brutal suffering that comes immediately on its heels. How could the Savior of the world have allowed this massacre as a result of his birth? But while the grief created by this tragedy is unimaginable, there is a tremendous beauty to how God’s redemption of this horror immediately set Christianity apart, and distinguished how the sanctity of life would be treated in his soon to be established Church.

For the first time in our world’s history, with the feast of the Holy Innocents, the lives of babies were celebrated simply for their existence. They accomplished nothing, served no one, left no tangible legacy. Yet their short lives are granted the same dignity in our Church calendar as the great saints whose mighty feats are memorialized.

It is hard to overstate what a radical departure this was from how children were viewed by every other religion and culture at that time. In the ancient world, children were valued as assets. Infants were not cherished culturally, but valued in the context of what they would contribute to their family and tribe. Yet from nearly the first months of his descent into humanity, Jesus turned this perspective upside down. Babies would be celebrated not because they could add to their family’s prestige, honor or riches. They were not to be loved due to their future abilities or contributions. They were to be loved simply because they were beloved children of God, made in his image. By glorifying the Holy Innocents, the Church highlights that in the new covenant, all life is to be held as sacred and worthy of dignity regardless of accomplishments or attributes.

In the 2000 years since the Massacre of the Holy Innocents, the world has seen civilizations built on child sacrifice, the bloody genocide of the unborn in abortion, and the commodification of children via artificial reproductive technology. It is no wonder then that God, from the earliest days of Jesus’ time on earth, took Herod’s atrocity and used it to glorify the holy innocence of babies.

There is no way to ease the brutality of Herod’s bloody crime. Nothing could have softened the pain borne by the parents of the murdered children. But just as we can celebrate with true joy the deaths of the martyrs, so we can celebrate the lives of these little ones. We can celebrate with joyous hope because we believe in a God that cared even for these babies, whose deaths would have been forgotten by the world otherwise. Their deaths were not meaningless to him. He loved them more than even their parents did, and he sent his son to redeem their death and establish a Church that would glorify them as her first martyrs for all eternity. In doing so he revealed to the world the depth of love he has for each and every life, no matter how vulnerable, small or seemingly inconsequential.

Perfect gifts for cars. You can change the battery which is a 2030 button battery. • nordic home office equipment, setups, furniture and more.