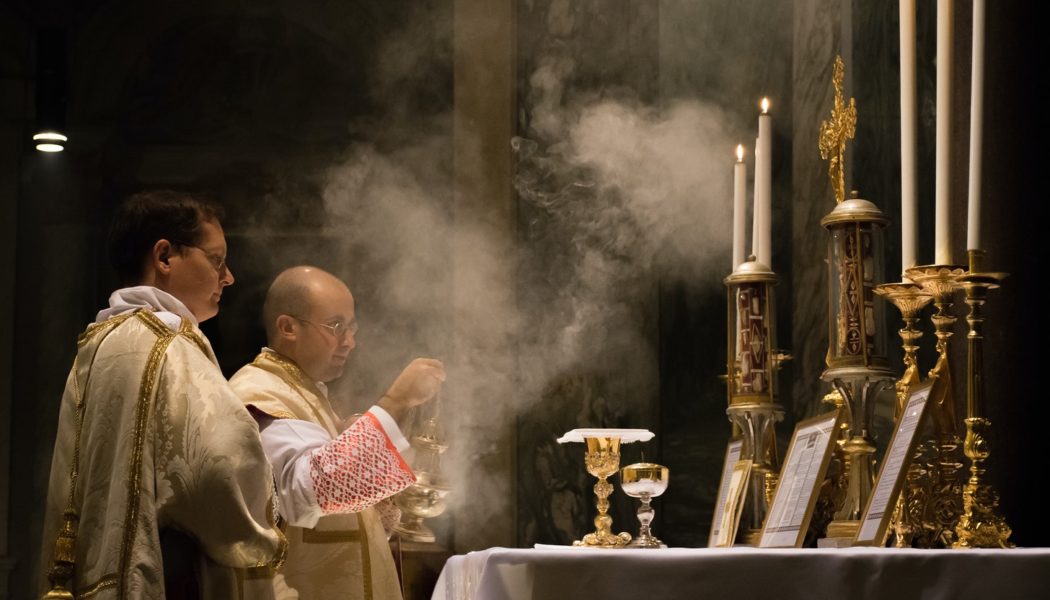 Pope Francis last Friday promulgated canonical legislation that significantly restricts the celebration of the Extraordinary Form of the Roman Rite.

The motu proprio Traditionis custodes has been discussed extensively in some Catholic circles and prompted a variety of responses from bishops.

It has also left some people wondering how many American Catholics actually attend Mass in the Extraordinary Form.

At The Pillar, we decided to find out. And while we couldn’t quantify the number of Catholics who actually attend the Extraordinary Form, we did learn a few things worth noting.

There is no central registry of all Masses said in the United States or in the world. While the Church is a world-wide institution with the pope at its head, individual parish, oratories, chapels, and religious houses are responsible for setting their own Mass schedules. But there is a crowd-sourced resource called the Latin Mass Directory, which was founded as a lay initiative to make publicly available the times and locations of Extraordinary Form Masses throughout the world.

The Pillar tested a sample of the directory’s listings and found them to correlate with 80% to 90% accuracy to the schedules of Extraordinary Form Masses listed on linked U.S. church websites; making it a credible and the best available resource of scheduled Masses in the Extraordinary Form.

Need a primer on terms like “Extraordinary Form” and “Ordinary Form?” Not sure what “ad orientem” means, or why it matters? Read our Latin Liturgy Lexicon here.

The Latin Mass Directory lists 657 venues offering the Extraordinary Form of the Mass in the United States. Those include 49 churches, chapels, or other sacred spaces maintained by the Priestly Fraternity of Saint Peter (FSSP) and 32 maintained by other orders or priestly associations.

The remainder of listed Masses are offered by diocesan priests or do not specifically mention the background of the presider. The directory does not include any Masses offered by priests or organizations operating outside the official structures of the Church, including the St. Society of St. Pius X.

There are nearly 17,000 active Catholic parishes, so the 657 venues represent less than of 4% of all Mass venues in the United States.

The FSSP is the largest of the priestly organizations dedicated to offering the Extraordinary Form. The group offers Masses at 7.5% of the Mass venues listed in the directory, or roughly 0.3% of all Mass venues in the United States.

The Our Lady of Guadalupe Seminary, which the FSSP operates in Lincoln, Nebraska to train English-speaking candidates for the priesthood, has about 90 seminarians.  That number is less than 2% of the 4,856 seminarians currently studying in U.S. seminaries.

The data suggests these are not mostly older priests who retain an attachment to the form of the Mass offered in their youth: A priest would need to be at least 76 to have offered the Extraordinary Form of the Mass before the promulgation of the Ordinary Form in 1970.

Some diocesan seminaries in the U.S. have received enough requests from their students to begin offering liturgical training in the Extraordinary Form.

The United Kingdom has around 2,400 active Catholic parish churches of which 157 (or 6.5%) offer the Extraordinary Form. France is harder to estimate, because it has around 45,000 church buildings which are legally owned by the state.

But given that it has only 7,000 priests under age 75, we might roughly estimate the 199 Extraordinary Form Masses listed in France in the directory as representing between 1.5% and 3% of Masses available.

Some commentators have asked in recent days whether relatively small numbers of Catholics attending Mass in the Extraordinary Form justify the amount of attention being paid to the subject.

From a strictly numerical point of view we might consider a comparison to some other groups which make up small percentages of the population and yet are the subject of extensive discussion in relation to the Church’s need for accompaniment. According to a Gallup survey conducted in 2021, 0.7% of Americans identify as lesbian, 1.4% as gay, 3.1% as bisexual, and 0.6% as transgender.

Those numbers might seem surprisingly low to some readers. A Gallup poll back in 2017 asked Americans what percent of the population they believed were LGBT and got an average response of 24%.

This may indicate that people tend to overestimate the prevalence of groups they hear about often in the media. But it can also point to the fact that we tend culturally to consider the treatment of even small percentages of the population to be an important moral issue.

Editor’s note: The original headline of this analysis misspelled “antiquior.” The Pillar requests that you do not attribute the misspelling to Mr. Hodge. Rather, The Pillar’s editor, JD Flynn, decided to get fancy with a bit of Latin in the headline, and ended up making an embarrassing spelling gaffe.