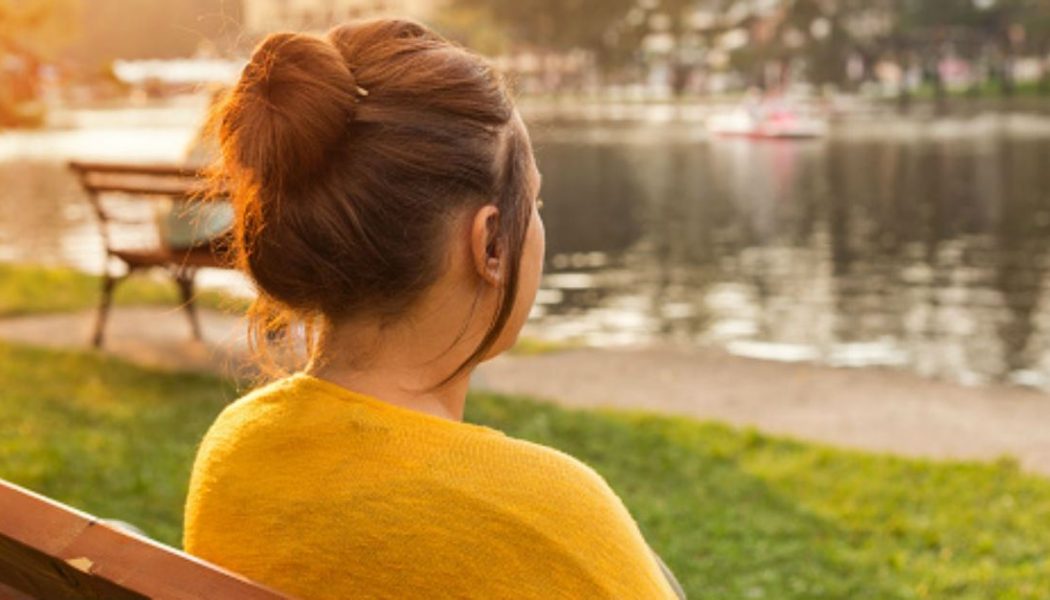 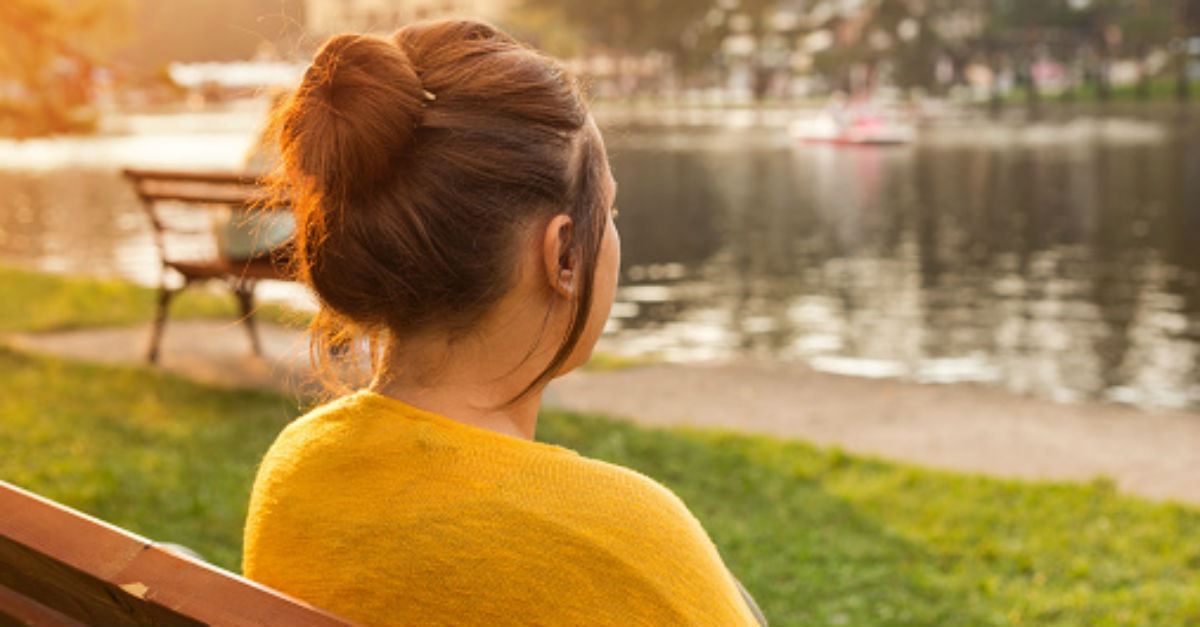 What is the Kingdom of God?

The Kingdom of YHWH

The Kingdom of God is mentioned in the Old Testament as the Kingdom of Jehovah (Jehovah being the English expression of the tetragrammaton – YHWH – the four consonant letters that make up the holy name of God in Hebrew).

The Kingdom was never meant to imply the mere rule over Israel.

“He says: ‘It is too light a thing that you should be my servant to raise up the tribes of Jacob and to bring back the preserved of Israel; I will make you as a light for the nations, that my salvation may reach to the end of the earth.’” (Isaiah 49:6)

The Kingdom of God is universal, taking in as subjects every creature and thing in the universe.

“The Lord reigns; let the earth rejoice; let the many coastlands be glad! Clouds and thick darkness are all around him; righteousness and justice are the foundation of his throne. Fire goes before him and burns up his adversaries all around. His lightnings light up the world; the earth sees and trembles. The mountains melt like wax before the Lord, before the Lord of all the earth.” (Psalm 97:1-5)

How does the Kingdom of God relate to the kingdoms of this world?

The tension between the kingdom of this world and the Kingdom of God is never ignored by Scripture. The beastly powers of this present evil age not only resist the rule of Jehovah, but actively conspire to undo His dominion. (1)

“Why do the nations rage and the peoples plot in vain? The kings of the earth set themselves, and the rulers take counsel together, against the Lord and against his Anointed saying, ‘Let us burst their bonds apart and cast away their cords from us.’” (Psalm 2:1-3)

This tension was addressed decisively by Jesus on the cross, Jesus arisen from the grave, and Jesus ascended into heaven. The victory of Jesus Christ has set the Church and the cosmos on an undeniable trajectory in which earthly kingdoms, powers, dominions, and opposition forces will also be enfolded, willingly or unwillingly, into the rule of the Lord:

“Then the seventh angel blew his trumpet, and there were loud voices in heaven, saying, ‘The kingdom of the world has become the kingdom of our Lord and of his Christ, and he shall reign forever and ever.’” (Revelation 11:15)

What does the Kingdom of God have to do with End Times?

The Kingdom is not only near us, in us, but is moving towards a comprehensive translation of all the universe: a new heaven and a new earth. Whatever eschatological (End Times) framework one espouses—e.g., amillennial, dispensational, or postmillennial—the kingdom of God is clearly understood as finding fulfillment in End Times.

When Jesus came preaching, our Blessed Savior was proclaiming the Gospel of the Kingdom. Jesus said that the Kingdom of God was near to the People with His appearance (Mark 1:15). He taught about “the relationship between Jesus’ ethical teaching and his preaching about the Kingdom of God,” as Ladd expressed in A Theology of the New Testament. Jesus Christ was declaring the unparalleled rule and reign of God the Father, God the Son, and God the Holy Spirit had appeared unto Man through the promised Messiah. His self-identity as God incarnate was never in doubt.

There is no analog to His Kingdom authority. He is the Creator and we are creation. Any ruler in this world is subject to the unrivaled King. Thus, His Kingdom, necessarily, cannot be bound by this world, though it is a Kingdom of love that is annexing all fallen things into the glorious redeemed life of Jesus. This is happening that God might become “all in all” and that Christ may fulfill the eternal Covenant; handing over the Kingdom to the Father (1 Corinthians 15:28).

The Kingdom of God as a Mustard Seed

When the Lord Jesus spoke of the Kingdom of God being compared to a mustard seed that is the smallest of seeds that grows to a comparatively giant size, His listeners would have understood the folksy simile. For the mustard plant was a great, tree-like biosphere in their gardens, making a home for birds and other creatures.

The Kingdom of God, therefore, will be a safe haven, a home for those who surrender to the rule of God in their own lives.

The Kingdom of God as Yeast

When Our Savior taught that the Kingdom of God was like leaven that leavens the whole lump of dough, He used a daily experience of every person listening to demonstrate an incomparable dynamic. The Kingdom of God is a “leavening agent,” a “yeast,” a fermenting power that changes something for the better; and causes it to grow. Though invisible, as it is worked through into all of the dough, the bread dough is changed.

Kingdom of God in the Old Testament

The Kingdom of God began, not with Jesus’ preaching (for He was preaching what had been taught already from the earliest special revelation of God to Man, making it plain and “bringing it home”). Despite the spurious denial of some (perhaps, well-meaning) liberal Biblical scholars, the Old Testament is replete with the truth of the Kingdom of God.

God’s rule was prophesied repeatedly. His Kingdom would extend to the ends of the earth. But that which had been hidden (a mystery) was, in Jesus, being revealed and made plain. For God’s rule, which apparently had been reduced by the Fall (when our first parents sinned) and its all-pervasive evil influence in every sphere of life on earth, would eventually be recovered completely. This is the eternal vision of Genesis 3:15, the “first Gospel:

The coming of our Lord Jesus fulfilled this primordial promise and ushered in a reversal of the effects of the Fall. In this sense, too, the Kingdom of God has come and is at work in a vision of Paradise Regained.

What is the meaning of the Kingdom as “already but not yet?”

Dr. George Eldon Ladd of Fuller Theological Seminary wrote convincingly about the two natures of the Kingdom of God: its presence and its future state. He used the phrase “already and not yet” in A Theology of the New Testament to describe his position on the Kingdom of God and then immediately explains his words:

“The early church found itself living in a tension between realization and expectation—between “already” and “not yet.” The age of fulfillment has come; the day of consummation stands yet in the future.”

Ladd also said the Kingdom is now moving through the lives of God’s people, one by one, and building an unstoppable roadway to a new, future, Kingdom that will express the fullness of the teaching of Jesus.

How do I enter the Kingdom of God?

Any study of the Kingdom of God without considering what the implications of the Kingdom for one’s own soul and destiny has missed the core teaching of Jesus.

“Thy Kingdom come . . .” is that part of the Lord’s Prayer that catapults the realm of Jesus into the hearts of people all over the world. In a real sense, each time we pray, we are hastening the coming of the Lord. We are entering into Kingdom business. Such loving condescension by the Lord to use us in His Kingdom work is not only humbling but magnifies the glory of God. Prayer is the currency of the Kingdom.

Any student of the “Kingdom of God” must never make the mistake of missing the simplest meaning of the phrase in Scripture: “the sovereign rule and reign of the King.” And that King is our Lord Jesus Christ. To be “in Christ” is to be in the Kingdom. And to be “in Christ” requires repentance and faith in Jesus as Lord and Savior.

In short, we cannot separate Kingdom from Christ.

To confess Jesus as the resurrected and reigning Lord of all is a sign of the Holy Spirit working God’s will within you. To follow Christ is to become a subject of a Kingdom not of this world, yet, a Kingdom that is within you. That Kingdom lived out through your life will begin to influence your family, other relationships, your choices, and your entire life. The sign of entrance into the Kingdom, baptism, and the sign of spiritual nourishment in the Kingdom, the Eucharist or Lord’s Supper, signify not only God in you, but Christ in the world.

The Kingdom has come. The Kingdom is here. The Kingdom is coming in fullness. And the King, our Lord Jesus, will not be denied the crown rights of the Son of God nor the ultimate gathering in of His subjects, His children, His family.

“Even so. Come Lord Jesus. Come into the fulness of Your Kingdom, the glorious rule and reign over all creatures and all things, beginning with me.”

(1) Paul uses the phrase “this present evil age” to describe the kingdom of this world. See Galatians 1:4.

Charles H. Dodd, The Parables of the Kingdom (Glasgow: Collins, 1978).

G. E. Ladd, The Presence of the Future: The Eschatology of Biblical Realism (Eerdmans Publishing Company, 1974), 221.

M. R. Malcolm, Paul and the Rhetoric of Reversal in 1 Corinthians: The Impact of Paul’s Gospel on His Macro-Rhetoric (Cambridge University Press, 2013).