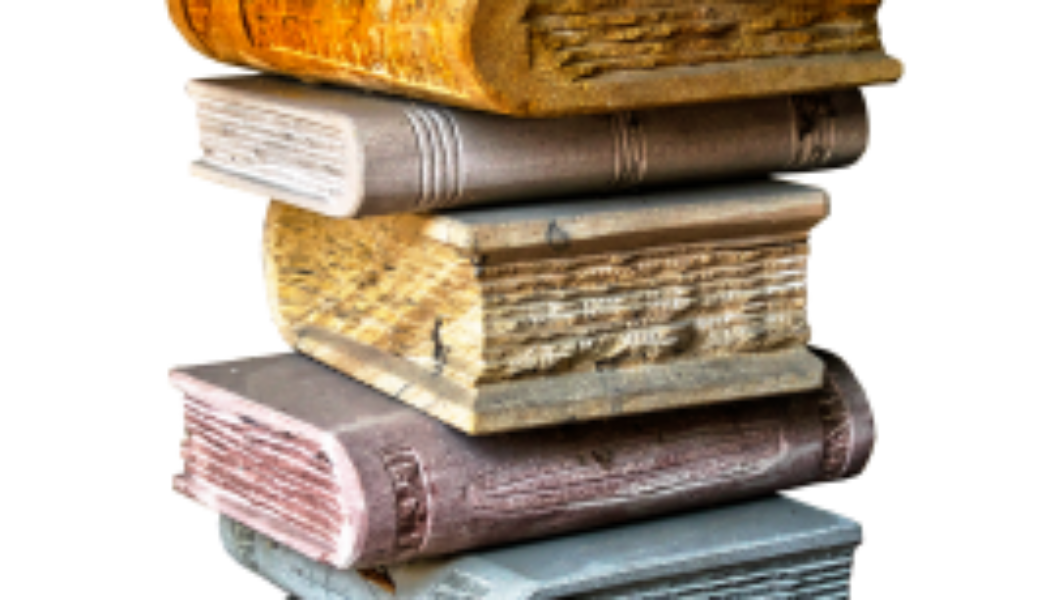 Here are the books I consider to be the seven pillars of wisdom on which Western civilization is built.

This past week I gave a lecture on “Why Shakespeare Matters” at Colorado Christian University. In the dinner prior to the talk, the president of the university asked me to name what I considered to be the six foundational texts of Western civilization. Scurrying and scrambling to pull from the top of my head six titles that could plausibly fit the bill, I thought that such an exercise might provide inspiration for a thought-provoking essay.

Permitting myself a little poetic license or literary leeway, I’ve allowed myself seven texts, not six. With an appropriate deferential nod to T. E. Lawrence, here are what I consider to be the seven pillars of wisdom on which Western civilization is built.

Beginning in ancient Greece, the first two texts are those twin towers of antiquity, The Iliad and The Odyssey. Homer’s epic narratives deserve preeminence on their own literary merit but also for the influence that they’ve exerted in the three millennia since they were written.

Moving from Athens to Jerusalem, the inclusion of the Holy Bible needs no justification and no explanation. Its absence would remove the very heart from Western civilization.

We now move to Rome, the third of the foundational cities on which Western civilization is built, and to Virgil’s epic about the foundation of Rome itself. Although The Aeneid, as a work of literature, does not attain the literary heights of Homer’s epics, its influence outreached that of Homer during the early centuries of Christendom due to its being written in accessible Latin and not in the relatively inaccessible Greek. Latin was the language of civilization and Virgil was the Latin poet par excellence. It is needless to say, however, that Virgil’s debt to Homer is so great that his own epic would have been literally unimaginable without the presence in his imagination of The Iliad and The Odyssey. The Virgilian Muse stands on Homeric shoulders.

We now move to a giant of civilization in whom the thought of Athens, Jerusalem and Rome meet and meld. This is the great Saint Augustine and his magnum opus, The City of God, which is the fifth of our textual pillars. Apart from its brilliant exposition of Christian theology, Augustine grapples with the philosophy of the Greeks, illustrating the limitations of Platonism but also acknowledging the wisdom and truth of aspects of Platonic thought. It could be said, in fact, that Augustine baptizes Plato, bringing Plato into the great conversation which would animate Christian thought. The City of God and other works by Augustine consummated the marriage of faith and reason, bringing theology and philosophy together in an indissoluble union.

The penultimate pillar is that other edifice of Christian theology and philosophy, the Summa Theologica of Thomas Aquinas. It is no wonder that this great saint has been given the title of the Angelic Doctor. He is the preeminent philosopher and theologian in the entire history of Christendom, whose influence is immeasurable. One of his many seminal achievements was the integration of the thought of Aristotle into Christian philosophy, thereby baptizing Aristotle as Augustine had baptized Plato.

This brings us to the final pillar, Dante’s Divine Comedy, a work which brings together the Homeric and Virgilian Muses and baptizes them in the living waters of Thomistic theology and philosophy. In Dante’s journey from the Dark Wood to the Beatific Vision we see the fusion of classical epic and scholastic reason and the infusion of the most sublime Christian wisdom into the art of narrative.

Perhaps, at this juncture, we should offer a deferential nod to other great books, the exclusion of which from the magnificent seven might raise eyebrows or even be considered sins of omission. The exclusion of the works of Plato and Aristotle might seem a little odd, even though they have been incorporated vicariously in their baptized form in the works of Augustine, Aquinas and Dante. The absence of The Consolation of Philosophy by Boethius might raise eyebrows, especially as it was one of the most influential texts on the culture of Christendom for many centuries. The Rule of Saint Benedict has had a seminal impact on Western civilization, its precepts governing the lives of those countless monastic communities which have carried the flame of faith and culture across the centuries.

Finally, we must mention Shakespeare. Many of his individual works merit inclusion among the illustrissimi of Great Books and his corpus, taken as a whole and published as The Complete Works of William Shakespeare, is the equal of any of the seminal titles in the list which constitutes the seven pillars of civilization. His exclusion from the list does not constitute a sin of omission, however, because the whole of modernity, including Shakespeare, stands on the solid pre-modern pillars of civilization we have listed. All that is civilized in modernity, and all that is civilized in the works of Shakespeare, is dependent on Western civilization itself and the seven pillars of wisdom which support it. These seven pillars of Western civilization are also the seven textual wonders of civilized culture. With them, we can plumb the depths of the human psyche and can reach for the heights of heaven; without them, we are lost in the cosmos with nothing but nothing to comfort us. For the priceless inheritance of these good, true and beautiful gifts we should give thanks to the Good, True and Beautiful Himself. Deo gratias!

This list contains party gift ideas for any good party. Disclaimer. It works as a raiser to elevate the laptop screen to 17 cm and brings it to a perfect eye level to fix your posture.