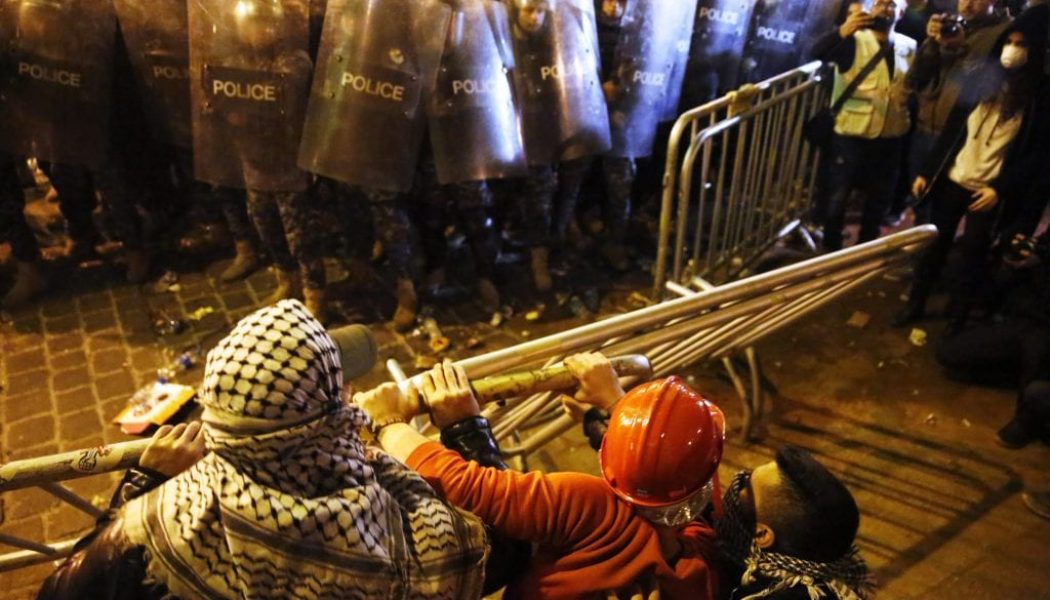 ROME – We’re now fully immersed in election season in America, even if the Democratic caucuses in Iowa weren’t exactly the most promising beginning, and once again it seems likely the “religious vote” will be a contentious and important force in the outcome.

Every time religion and politics collide in the U.S., someone is sure to object that church and state are supposed to be separate, that religion is a private matter that shouldn’t be injected into the public bloodstream, etc. That’s always been a rule more honored in the breach than the observance, but Western societies nonetheless pride themselves on a strong sense of distance between the religious and political spheres.

In other parts of the world, however, religious leaders often show no such reticence about wading into political debates. In part, that’s because many non-Western societies remain profoundly religious and people naturally turn to spiritual leaders for guidance in all things, including politics. In part, too, it’s because in many of those societies politics is fatally corrupt and religious institutions are the lone actors who enjoy broad trust and credibility.

As a result, many Catholics in the States or Europe probably would be surprised by the explicitly political role that bishops in other countries often play. Stories out of Lebanon and Nigeria this week both illustrate the point.

Lebanon, a Middle Eastern nation of 7 million that’s roughly 54 percent Muslim, 40 percent Christian and 6 percent Druze, has been gripped by civil protest since last October. Initially the spark was lit by unpopular taxes on gas, tobacco and internet voice calls, but they quickly became a “rage against the machine” movement directed at the country’s entire political class and the sectarian, corrupt style of rule with which they’re associated.

As fate would have it, Sunday was “Mar Maroun Day,” the feast of St. Maron and a national holiday in Lebanon. Leaders of the Maronite church, the largest Catholic community in the country and one of 23 Eastern churches in communion with Rome, used the occasion to endorse the protests.

“Do the tens of thousands of Lebanese who elected you not deserve a correction to the political, economic and financial imbalance?” he asked. “Does your conscience not move you at the sight of a mother wailing over her son, who committed suicide because he is unable to provide for his children?”

According to Infopro Digital, 220,000 Lebanese workers have lost their jobs since October, accompanied by a 40 percent reduction in salaries and a staggering 12 percent of Lebanese-owned companies that have shut their doors entirely. Lebanese media have reported a spate of suicides among people who despair of change, inciting even greater hostility against the state.

Maronite Patriarch Bechara Rai chimed in to express his support for the protests that started last October, saying they helped expose politicians and hold them to account. Protesters, Rai said, should remain peaceful and “respectful of constitutional institutions.” He added that he’s praying to God to relieve Lebanon from the economic and financial crisis that plagued the country.

Meanwhile in Nigeria, the most populous state in Africa that’s roughly evenly divided between Christians and Muslims, Archbishop Anthony Obinna of Owerri in the southeastern part of the country used his Sunday homily to decry what he described as a culture of “institutionalized” killings.

“I’ve never seen this kind of merciless brutality, using both ordinary and mega-weapons to slaughter fellow human beings,” Obinna said, referring not only to terrorism driven by groups such as the radical Islamist movement Boko Haram and the government response, but also more widespread violence in the form of robberies, kidnappings and general lawlessness and mayhem.

Specifically, he referred to the recent murder of a Nigerian billionaire named Chief Ignatius Adunukwe, who was killed in his hotel room at a popular resort by a member of the Igbo tribe that dominates Obinna’s archdiocese.

“God blessed us in so many ways but pride, arrogance, greed and hatred even among ourselves have become a major problem,” Obinna said, urging the Igbo people to exercise greater self-control and the Nigerian government to beef up its security capacities.

It remains to be seen if the interventions by Catholic prelates in either Lebanon or Nigeria will have any real impact on the direction of those countries. Bishops in both places have been calling for more responsible politics, decrying violence and corruption, for a long time, and honestly, there’s precious little evidence it’s had a transformative impact.

Still, two things confirmed by the Lebanon and Nigeria storylines remain true, and both are often surprising for non-Western audiences.

First, Catholic bishops in both countries, and many places beyond, have a much stronger claim to representing the real people of those societies than the politicians ostensibly empowered to speak in their names. Second, the Catholic Church is often the main institution – in some cases, actually the only one – to which people turn in moments of crisis to summon the better angels of their nature.

In other words, Catholicism may not always be the solution to rotten politics – but for a broad swath of the world, its representatives are at least willing to say out loud that their emperors have no clothes, and in itself that’s a vital public service.