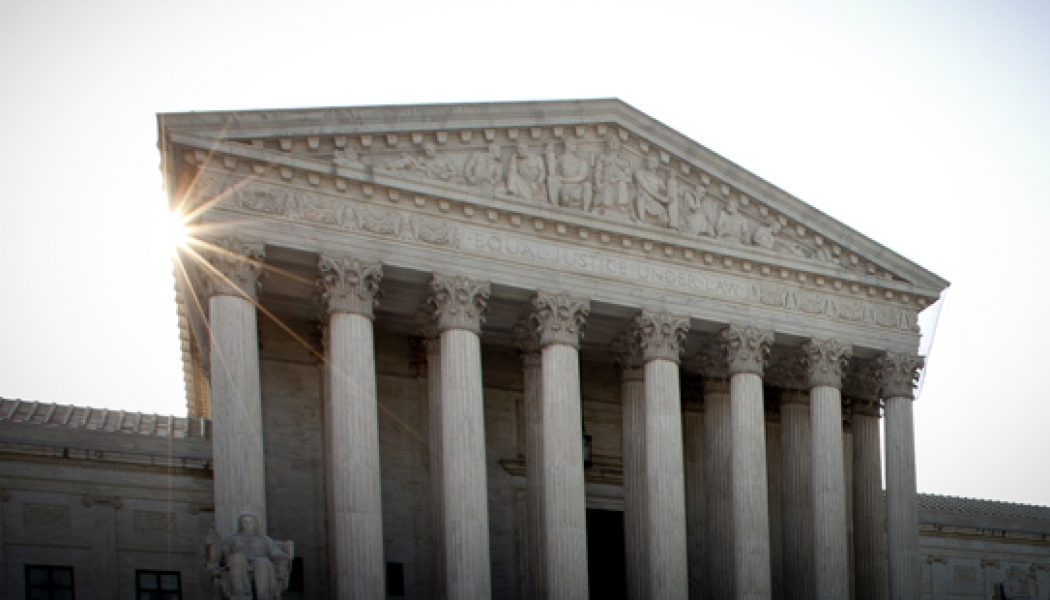 In two cases now before the Supreme Court, the justices are dealing with the constitutional status of a “minister” at a religious school and with the question of who decides the qualifications of a minister: churches and religious schools, or the federal courts.  The cases set for oral argument on May 11 are Our Lady of Guadalupe School v. Morrissey-Berru and St. James School v. Biel.

In Hosanna-Tabor (2012), a teacher at a Lutheran elementary school was diagnosed and subsequently fired for having narcolepsy. Suing under the Americans With Disability Act, she claimed that the school had illegally discriminated against her on account of her condition. When the Equal Employment Opportunity Commission (EEOC) upheld her suit, she appealed. The school claimed a Free Exercise “ministerial exemption” from employment laws, and the Supreme Court unanimously upheld the school. The fourth-grade teacher was a trained and certified instructor of religion, which she taught everyday in addition to academic subjects.

Six noteworthy elements and consequences of the decision: First, the Supreme Court had never before recognized a ministerial exception, although lower federal courts had previously done so. Second, it did not overturn and so ruled despite its decision in Employment Division v. Smith decision (1990) that a Native American religious ritual’s use of peyote was not exempted from a “neutral and general” law. Third, the Obama Justice Department (DOJ) argued against the school and maintained that the Free Exercise of religion did not even apply. Fourth, Justice Roberts, writing for the unanimous Court, reprimanded DOJ for its “extreme position” that “the Religion Clauses have nothing to say about a religious organization’s freedom to select its own ministers.”  Fifth, DOJ and EEOC argued against a church; the full name of the case was Hosanna-Tabor Evangelical Lutheran Church and School v. EEOC. Sixth, again: the decision was 9-0.

Now a more detailed ruling on the ministerial exception is being demanded by two fired teachers. In the Guadalupe case, a Catholic elementary school fired a long-time fifth grade teacher, trained and certified as a Catholic catechist and who had taught religion to her classes for several years, for her deficient performance teaching a new reading curriculum and also subsequently as a part-time teacher in other subjects, including religion. She then filed an age-discrimination complaint with the EEOC and a suit in federal district court in December 2016. The district court ruled against her on account of the Hosanna-Tabor precedent, whereupon she appealed to the Ninth Circuit, which ruled in her favor.

In the St. James School case, a Catholic school in the same Archdiocese of Los Angeles as Guadalupe fired a newly-hired fifth-grade teacher, likewise trained and certified as a teacher of the Catholic faith who taught religion four days a week, for poor classroom management.  The teacher then filed a complaint with the EEOC, alleging disability discrimination, the disability being breast cancer. The Obama EEOC sided with the teacher. The federal district court cited Hosanna-Tabor and ruled against her in January 2017 but was overturned by the Ninth Circuit.

The essential question of these two new cases seems to be: how much of a minister do you have to be and who will decide: the federal government, the federal courts, or the churches and their schools? In Hosanna-Tabor, the Supreme Court held that the “ministerial exception” to employment discrimination laws “protects religious employers from employment discrimination lawsuits brought by their ministers,” but the Court pointedly declined to “adopt a rigid formula for deciding when an employee qualifies as a minister.”  It was a foundational First Amendment decision based on both religion clauses of the First Amendment, for

By imposing an unwanted minister, the state infringes the Free Exercise Clause, which protects a religious group’s right to shape its own faith and mission through its appointments. According the state the power to determine which individuals will minister to the faithful also violates the Establishment Clause, which prohibits government involvement in such ecclesiastical decisions. . . We cannot accept the remarkable view that the Religion Clauses have nothing to say about a religious organization’s freedom to select its own ministers.

In support of its contention that its teacher met the ministerial exception, the school in Guadalupe stresses that as a full-time teacher since 1999 she understood her responsibility to both teach and model Catholic values and that as the “only teacher” in her fifth-grade class that she had “taught daily religion classes every year of her employment.”  She was annually evaluated on “her teaching of the faith,” and was a “certified catechist.” On the other hand, in her own brief, the teacher in Guadalupe maintains that she was not enough of a minister to quality for the ministerial exception because she did not have a “formal indicia of ministerial status” and her “performing important religious functions,” the school’s central point, was insufficient.

In her brief to the Court, the teacher in St. James attempts to distinguish herself from the teacher in Hosanna-Tabor by arguing that St. James did not hold her out to the community as a person who had “special expertise in Church doctrine,” that her religious training consisted only of a “half-day conference,” that she did not consider herself a minister, and that her teaching of religion “was limited to teaching “from a book required by the school.”

In reply, the St. James school, disputing the actual facts concerning the extent and importance of the teacher’s religious-instruction duties and criticizing her for minimizing her religious role, goes on to make three arguments.  First, the school contends that “function” rather than “title and training” should be dispositive. Second, the school maintains the Ninth Circuit has effectively and wrongly decreed that the Lutheran school’s arrangements in Hosanna-Tabor are the only appropriate standards. That threatens, for instance, “religious minorities who do not use ministerial titles.” Third, “harm” to church-state relations will be a consequence of having “the courts . . . second guess the religious doctrine of schools and other religious organizations.”

In St. James School, the district court summarily ruled for the school based on Hosanna-Tabor and said that the teacher was “a messenger of St. James’ Faith.” On appeal, the Ninth Circuit, in a 2-1 decision, reversed and held that she had no training or “religious credentials” and that neither she nor the school held her out “as a minister.” The Circuit concluded that the First amendment is not a “carte blanche to disregard antidiscrimination laws when it comes to other employees who do not serve a leadership role in the faith.”

In an unusual and strongly worded written dissent from the Circuit’s denial of a rehearing en banc, nine of the 29 Circuit judges responded that the facts of the case were in keeping with Hosanna-Tabor and that in refusing to acknowledge that controlling precedent that the Circuit was “turning a blind eye” to religious liberties “protected by both Religion Clauses” and was exhibiting “the very hostility toward religion our Founders prohibited and the Supreme Court has repeatedly instructed us to avoid.”

Weighing in on the side of the two schools, the Department of Justice, citing Hosanna-Tabor and “the First Amendment’s Religion Clause,” avers that the ministerial exception should apply to “any employee who preaches a church’s beliefs, teaches its faith, or carries out its religious mission.”

Comparing the school facts in the two schools and in Hosanna-Tabor, it seems that the Lutheran church in Hosanna-Tabor had more thoroughly made sure that its teacher was a “minister.” However, the Court in Hosanna-Tabor, held, as already cited above, that there was no “rigid formula when an employee qualifies as a minister.” And there is no doubt in Guadalupe and St. James that both teachers were regular teachers of religion over a period of years.

Having federal courts—and federal executive agencies such as the EEOC regulating in response to courts’ rulings—engage in the certification of the quantity and quality of the credentials of teachers of religion would be something more than unprecedented. Putting even the Free Exercise Clause in a secondary position, how could it be anything other than government “appearing to take a position on questions of religious belief” (Allegheny County v. ACLU [1989]), in violation of the Establishment Clause?