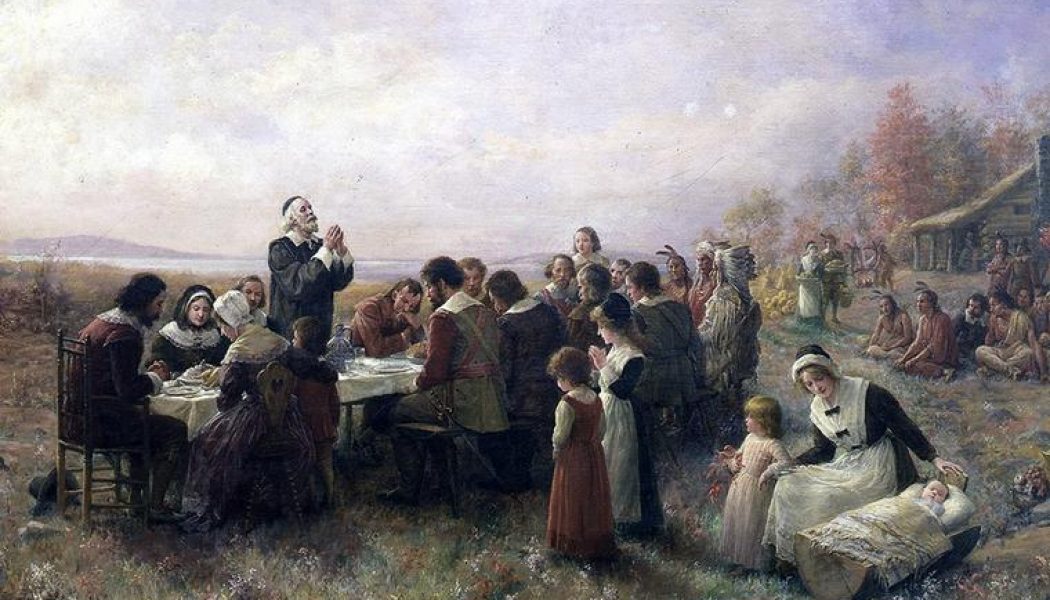 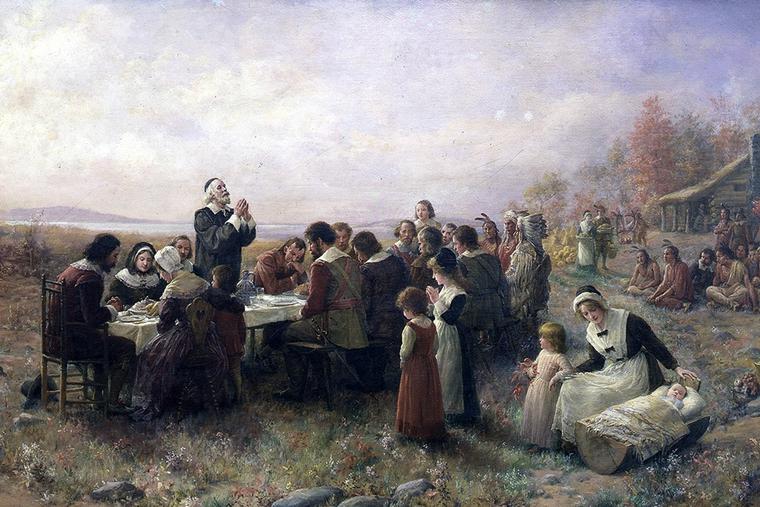 In December we will mark the 400th anniversary of the Pilgrims’ disembarking in Plymouth, Massachusetts. What they endured, and how the responded spiritually to it, are guides for us as we mark the national holiday of Thanksgiving and begin to formulate year-end reflections.

When the Puritan pilgrims lowered the anchor in Plymouth Harbor on Dec. 16, 1620, and disembarked two days later, they were filled with hope. They had survived a perilous three-month journey on an inhospitable Atlantic with only one casualty. Their incessant prayers for a safe arrival had been heard. They had finally landed in the new world and were ready to begin a new life. Little did they know the year that would await them.

Of the 103 who disembarked, 52 would die before winter was over. Gov. John Carver, their leader, succumbed quickly to fever. Ten of the 17 husbands and fathers died. Fourteen of their 17 wives also perished. The young wife of soon-to-be Gov. William Bradford drowned in Plymouth Harbor before even reaching shore. Those who avoided the grave remained in grave danger because of fevers, famine and freezing temperatures. Yet they never gave up hope.

In March came the arrival of English-speaking Native American Squanto, who taught them various survival tactics, like how to distinguish between poisonous and good plants, to tap maple trees for sap, to fertilize soil with dead fish and to plant corn and beans. When that soil produced a modest harvest a few months later, they organized a feast not just to thank Squanto, Samoset, Massasoit and their large families, but principally to thank God for all his blessings since their arrival.

The 51 survivors easily could have looked at the previous 11 months as the worst year of their lives. They had buried almost as many bodies in the ground as they had taken baskets of food from it. Yet they were able to thank God so heartily in spite of the suffering they had undergone because they believed those hardships and blessings were both part of God’s direct or permissive will. Their personal and communal suffering could not shake their trust in the God they knew loved them and was looking over them.

They convened full of gratitude because they realized they were on a pilgrimage not only to Plymouth but to Paradise. Everything — adverse or propitious, life and even death — was somehow, they knew, part of God’s plans for them on their journey not merely to the new world but to a New World. That final destination, and their faith in the God’s guiding and awaiting them, gave meaning to the sufferings and joys along the way.

Likewise, little did any of us know the year that awaited us as the ball dropped in Times Square to inaugurate 2020. From past experience we recognize that each year will have ups and downs, but few anticipated that the present year would seem recapitulate the Book of Job: a worldwide plague with its massive physical suffering, death and mourning; the collateral damage from the pandemic’s attendant economic, educational, cultural, transportational and even spiritual lockdowns; riots in our streets flowing from unhealed racial harmony and destructive rage; and widening political chasms that are destabilizing the country, turning fraternity into enmity, and putting our common future at risk, since a nation divided against itself cannot stand.

If gratitude during this time of widespread anxiety and foreboding would already have been challenging, government restrictions and public censure of private gatherings for Thanksgiving and the Advent season as potentially super-spreader events threaten to rob many of the traditions that annually help to counteract complaining, pessimism and despair.

Yet, even if it is going to require far greater effort to cultivate and live with an attitude of gratitude, it is even more important this year than in times of normal adversity and blessing. Thanksgiving comes easily when the blessings are abundant. When, as the Pilgrims learned, thanks are given during adversity, the spirit of gratitude has a chance to become more extensive and existential, as we begin to see divine caresses in the midst of crosses and learn to appreciate far more things that on sunny days we are prone to take for granted.

There’s a very important dialogue that happens in the heart of every Mass. After the priest and people pray that God will be with each other and help them lift up their hearts to divine realities, the priest says, “Let us give thanks to the Lord our God” and the people respond, “It is right and just.” Underlining that truth, the priest turns to God the Father and prays, “It is right and just, our duty and salvation, always and everywhere to give you thanks.”

To thank God always and everywhere is the right thing to do, whether on beautiful days or torrential downpours, when we feel like a million bucks or are in the ICU, when we receive promotions and bonuses at work or get pink slips, when we are in Church for a baptism or a funeral. To thank God in all places and times is not just we owe to the God who gives us life but it is also our salvation. We are saved through thanksgiving.

We see this in the dramatic Gospel scene of Jesus’ healing of the 10 lepers (Luke 17:1-11). He cured 10, but only one returned to express gratitude. Jesus’ question, “Ten were cleansed, were they not? Where are the other nine?” shows the concern not of an insecure egomaniac obsessed with people’s appreciating his generosity and entering into his debt, but rather of a Redeemer who wanted to give a far greater gift than the healing of leprosy. Only the grateful leper would receive the gift of salvation since only he had a heart open to receive it, only he had the sense that the Giver was even greater than the healing he had bestowed.

The other nine likely looked at their disease and even their cure with residual anger toward God, as if they had somehow been sadistically chosen for years of unjust punishment. They likely looked at their healing the way people might view getting released by a kidnapper: while grateful for their liberation, they wouldn’t send thank-you notes to the one who had held them in bondage.

The grateful leper’s soul hadn’t been destroyed by leprosy of bitterness, complaining, cursing or ingratitude. He probably thanked God for all the little things he received from his hands, like the generosity of people who would provide food or share a kind word. When he received the big grace of his cure, he did what he probably always did and sought to thank the Giver. And over time he doubtless grew to thank God even for his years of leprosy, because if he hadn’t been a leper, he may never have encountered Jesus the way he did and may never have received the gift of salvation by faith.

In normal times, some of us would be candidates for honorary doctoral degrees in complaining. The glass is never full enough. The beach is too sunny. The water is too wet. When we’re asked about how we’re doing, we can grumble about a slight toothache rather than express our gratitude that our eyes, ears, nose and every joint of our body is without pain. Some might even complain about the menu at the Last Supper.

That’s why it’s essential for us to learn and live with hearts lifted up to God in gratitude, since gratitude is a precondition to receive what God desires to give. God has directly willed or permitted everything that has happened to us, since even out of the humanly inauspicious God seeks to draw spiritual good.

So a few practical lessons.

The first is to make sure our prayer heavily features praise and thanksgiving to God, rather than just petition, intercession and contrition.

The second is to fight to overcome the temptation to obsess about what we don’t have rather than to thank God for what we do.

The third is to learn to thank God even for the things the world considers curses, because like with the grateful leper, they can become for us relative blessings through bringing us into life-changing communion with the Savior.

“In all circumstances give thanks,” St. Paul tells us, “for this is the will of God for you in Christ Jesus” (1 Thessalonians 5:18). Fulfilling that divine vocation is our duty and salvation as well as the way we can best serve and help others at the end of a difficult year.