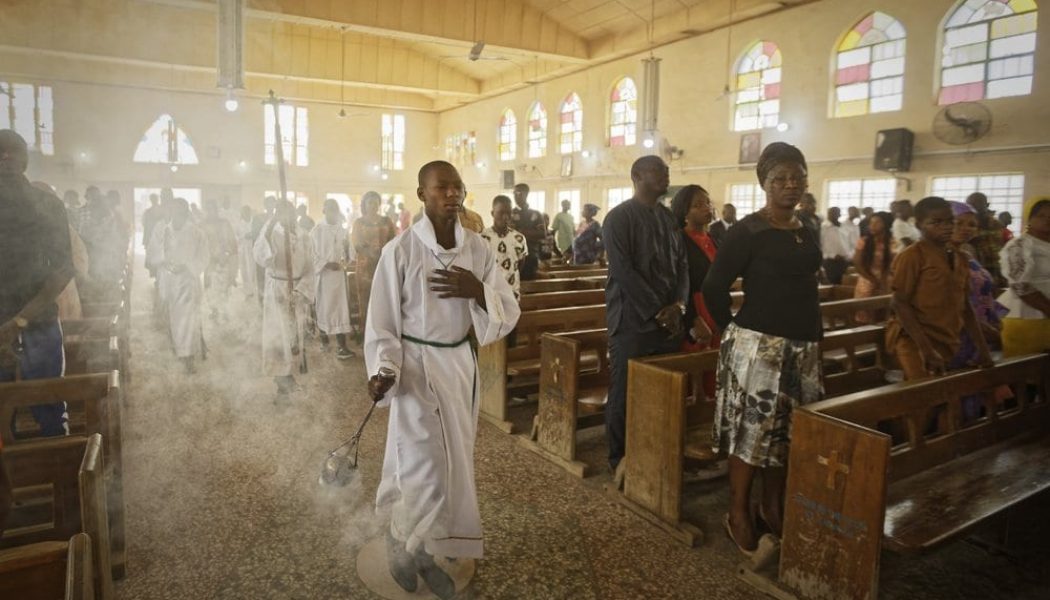 ROME – Perhaps because Westerners tend not to take religion terribly seriously, seeing it as a private affair on par with other hobbies such as quilting or canasta, religious persecution tends to register in the Western mind only in its most spectacular form.

If a bomb goes off in a church on Easter Sunday, for instance, causing hundreds of fatalities, it becomes a news story. If a lone churchgoer is harassed after a regular Sunday service, it passes largely unnoticed.

To take a specific case, Christians in the Middle East had been subject to second class citizenship since the era of the Islamic conquest, and had been the object of increasingly violent harassment since the Islamic revolution in Iran in 1978 and the global radicalization of Islam that ensued. However, it took the anti-Christian onslaught launched by ISIS, officially recognized as a “genocide” by the United States and other global entities, for persecution of Christians even to register as a logical possibility for many people.

The problem with paying attention to a gathering storm only when it reaches full force, of course, is that one ignores the warning signs that might have allowed greater preventive measures to be taken, thereby saving lives. The truth is that spectacular eruptions of religious hatred generally are the result of a long escalation of less egregious offenses which went unnoticed and therefore unpunished, inculcating a sense of impunity among the offenders.

That perspective brings us to Kano State in Nigeria, the most populous state in Africa’s most populous country, made up largely of members of the Hausa ethnic group, which is overwhelmingly Sunni Muslim.

On Dec. 25 – Christmas Day, which tends along with Easter to be a day of special risk for vulnerable Christians around the world – a member of the small Christian minority in Kano State named Richard Solomon Musa Tarfa was arrested by local authorities. Tarfa is the cofounder of a Christian home for children called the Du Merci Centre, dedicated to the care of permanently displaced children and orphans with the goal of preparing them to live independent adult lives.

Du Merci also accommodates young Nigerian women who are pregnant out of wedlock, until they give birth, reconciling them whenever possible with parents who had rejected them due to social stigma.

Initially, Tarfa was held on charges of operating an unlicensed facility for children. When his wife, who was also briefly detained, produced the paperwork to demonstrate that the center was duly accredited, the charges were adjusted (and elevated) to “criminal abduction of minors.”

Bail for Tarfa was set on Jan. 3 at roughly $14,000, plus the requirement that someone acting as a surety must be employed as a permanent undersecretary in a federal ministry. Because he wasn’t able to meet those conditions, he remained in jail. In the meantime, 27 children residing in the Du Merci Centre were seized in two separate raids and taken to another children’s home.

Lord David Alton of the UK, a Catholic and veteran human rights campaigner who’s been vocally supportive of the Hong Kong protests, recently wrote to the Nigerian High Commissioner to the United Kingdom to object to the treatment of Tarfa. Among other things, Alton pointed out that after a similar raid eighteen years ago, a High Court in Nigeria ruled that the Du Merci Centre was legally registered and conducting sanctioned activities.

Alton has also written to the Police Commissioner and Attorney General of Kano state, so far without any response.

Alton also sent a protest to the BBC, which carried a Jan. 9 report from a local correspondent claiming that police had carried out a raid which “rescued 27 children from two illegal orphanages operating in Kano and Kaduna states,” referring to the fact that Du Merci also has a satellite facility in nearby Kaduna, another Nigerian state with a largely Muslim population.

Christian Solidarity Worldwide, an independent human rights advocacy group focused on religious freedom, issued a statement saying, “The excessive charges against Professor Tarfa are completely unfounded and we urge the Kano state authorities to facilitate his release without pre-condition.”

To be honest, the Christmas Day raids on the Du Merci Centre caused barely a ripple in public opinion worldwide, and not much more even in Nigeria. No one died or was injured, only two people were arrested, and one of them was released shortly thereafter. For many people, it probably seems a minor bureaucratic skirmish with relatively minor consequences one way or the other.

The reality is, however, that Nigeria is already one of the world’s premier danger zones for Christians. The day after Christmas elsewhere in the country brought one of those spectacular eruptions of violence, with the decapitations of ten members of a Catholic bridal party and the shooting death of another in retaliation for the death of ISIS chief Abu Bakr al-Baghdadi by U.S. forces in Syria in October.

It’s entirely possible that, the Boko Haram militants who participated in those killings had been encouraged to do so by the fact that other, lower-level acts of harassment and persecution had either been quietly tolerated by local authorities, or, in the case of Tarfa and the Du Merci Centre, actually carried out by them.

In other words, in fighting religious persecution as in any other walk of life, the trick is paying attention to the little things, so the big things will take care of themselves.

To quote the movie “The Untouchables” in a slightly different context, “Here endeth the lesson.”