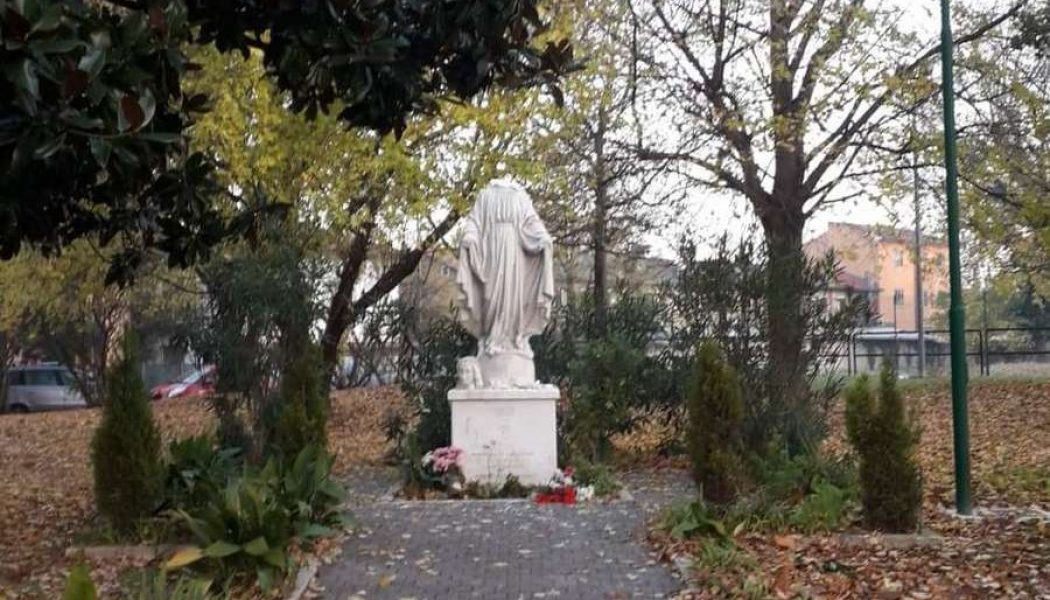 “The head was decapitated and the hands of the monument lopped off” in the early hours of Nov. 26, according to a notice from the City of Venice.

The statue is located in a greenspace at the center of a roundabout in the Venice municipality of Marghera. The act was caught on video surveillance cameras and the perpetrator has been identified and stopped by police.

Luigi Brugnaro, the mayor of Venice, called the act of vandalism “a gesture that offends our city, our history and our values.”

Brugnaro condemned the “cowardly act, which aims to hurt our sensibility” and said that workers had been instructed to quickly repair the statue.

In March, the mayor visited Venice’s Basilica of Our Lady of Health to say a prayer consecrating the city to the Virgin Mary. The prayer was written by the Catholic Patriarch of Venice, Francesco Moraglia.

Moraglia said Nov. 26 that he was saddened by the vandalism of the Mary statue, calling it an offensive gesture “not only for Christians but for the whole city.”

He also noted that the damage to the statue took place a few days after the feast day of Our Lady of Health, “a festival so dear and rooted in the hearts of Venetians.”

Moraglia asked people to say a prayer of reparation “for the offense inflicted on the Mother of the Lord and also for those who have become protagonists of this insane gesture.”

The local parish is organizing a community rosary to be prayed at the statue on Dec. 8, the Feast of the Immaculate Conception.

“Believers and all people of goodwill should reflect and distance themselves from those who, out of superficiality and ignorance, or by deliberate choice, offend the dearest feelings of those who live and inhabit our city with them,” the patriarch said.