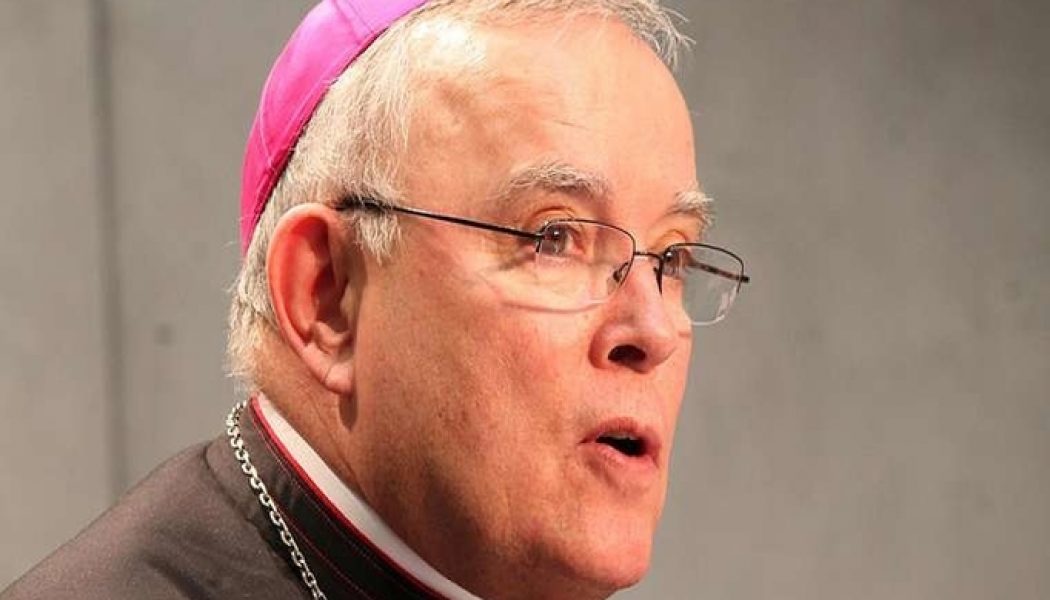 PHILADELPHIA, Pa. — Efforts to protect people from harm and error now marginalize and even demonize others for unpopular opinions, warns a new statement urging a revival of civil engagement and conscientious respect for the convictions of others.

“We want—and to be true to ourselves we need—to be a nation in which we and our fellow citizens of many different faiths, philosophies, and persuasions can speak their minds and honor their deepest convictions without fear of punishment and retaliation,” said the newly released Philadelphia Statement.

The statement was released Aug. 11. Its signers include academics, religious leaders and other commentators, including Archbishop emeritus of Philadelphia Charles Chaput and Princeton Law School professor Robert George.

“Our liberty and our happiness depend upon the maintenance of a public culture in which freedom and civility coexist—where people can disagree robustly, even fiercely, yet treat each other as human beings—and, indeed, as fellow citizens—not mortal enemies,” the statement continued.

It cited former slave and abolitionist Frederick Douglass, who said “Liberty is meaningless where the right to utter one’s thoughts and opinions has ceased to exist.”

“Truly open discourse—the debates, exchange of ideas, and arguments on which the health and flourishing of a democratic republic crucially depend—is increasingly rare,” the statement continued. “Ideologues demonize opponents to block debates on important issues and to silence people with whom they disagree.”

The Philadelphia Statement takes inspiration from Philadelphia’s pivotal role in American independence and the drafting of the U.S. Constitution.

It was drafted after meetings with “a diverse working group of prominent thinkers, scholars, and practitioners,” the statement’s website says. It says it is the start of “an ongoing movement to restore free speech and civil discourse in American law and culture.”

The statement criticized the spread of “blacklisting;” corporations’ use of “hate-speech” policies that block content deemed “wrong” or “harmful;” and speech regulations that protect students from “challenges to campus orthodoxy.”

“Common decency and free speech are being dismantled through the stigmatizing practice of blacklisting ideological opponents, which has taken on the conspicuous form of ‘hate’ labeling,” the statement continued. “Responsible organizations are castigated as ‘hate groups.’ Honest people of good faith are branded ‘hate agents.’ Even mainstream ideas are marginalized as ‘hate speech.’ This threatens our ability to listen, discuss, debate, and grow.”

The statement lamented phenomena like “social media mobs,” “cancel culture” and “campus speech policing,” all of which have drawn increasing concern from free speech advocates in recent years.

In June 2020, the Catholic former president of Florida State University’s student senate said he was removed from office for questioning controversial policy positions of the Black Lives Matter Global Network Foundation on abortion and sexuality in a private text message thread with fellow Catholic students that was later sent to student leadership.

In 2017, the payment processor Vanco dropped service for the Ruth Institute, claiming it promoted “hate, violence, harassment and/or abuse.” The institute, which rejected the charge, said it aims to combat family breakdown. The institute supports Christian teaching about marriage, family and human sexuality.

In 2012, a Catholic student group left the Vanderbilt University campus over a controversial school non-discrimination policy which barred the group from requiring its leaders to be Catholic.

At the same time, the Philadelphia Statement comes after years of debate about how to respond to political misinformation, false or misleading medical information, alleged foreign interference in elections, online harassment, political extremism, and pornography.

Free speech, in the view of the Philadelphia Statement, does not include “defamation, obscenity, intimidation and threats, and incitement to violence.”

However, it stressed, making “hate speech” an exception to free speech is “foreign to our free speech ideals.” The concept is “impossible to define” and is “often used by those wielding political, economic, or cultural power to silence dissenting voices.”

“That is why we must favor openness, to allow ideas and beliefs the chance to be assessed on their own merits; and we must be willing to trust that bad ideas will be corrected not through censorship but through better arguments,” the statement said.

To seek unity instead of division and to secure a free, pluralistic society where people may live according to their consciences, the statement said, “we must renounce ideological blacklisting and recommit ourselves to steadfastly defending freedom of speech and passionately promoting robust civil discourse.”

One signer is Ayaan Hirsi Ali, a Somali-born former Muslim who is now an atheist, a staunch critic of Islam, and a research fellow at the Hudson Institution. Another signer is Dr. Charles Murray, whose controversial 1994 book “The Bell Curve” discussed social stratification and apparent racial differences in intelligence. Kevin D. Williamson, a writer for the conservative National Review, also signed. In 2018 Williamson was briefly hired by the prestigious cultural commentary journal The Atlantic, then fired for polemical comments he made in 2014 that appeared to suggest hanging as a criminal punishment for abortion.